The Guest Of Honor: Thanksgiving 2013

The day has come and gone, many calories were ate. The boys tinkered with the TV in a desperate attempt to watch football using someone's smart phone despite having cancelled cable long ago.

The kids ran around, oblivious to our food comas.

Wine and whiskey was poured. Everyone grazed. The guitars came out and everyone took a couple shots at Rocksmith™.

Eventually the kids tuckered out and left for a sleep-over. The tin foil came out and everything was put away. Several adults remained planted on couches, snoring.

What more is there to say about Thanksgiving, and of cooking turkey?

Could the breast have been juicier? Sure.

Did we douse the whole thing with stock anyway? Yes.

Did I win the wishbone breaking contest? Hell yeah I did.

Here's what Dottore Gustavo likes to call "process photos," plus bonus video(s) of him cutting and cursing at the end, like the pirate he is. 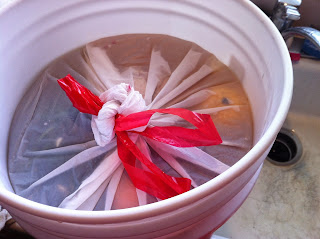 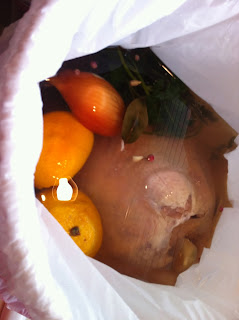 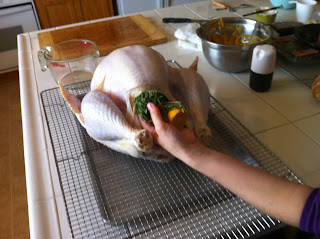 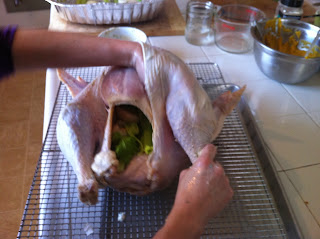 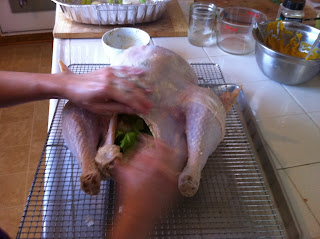 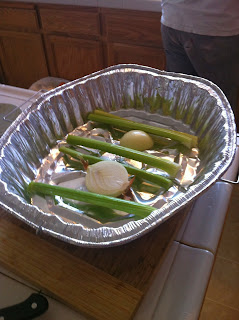 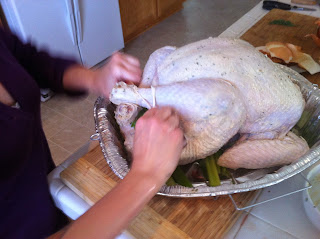 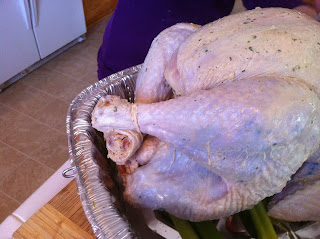 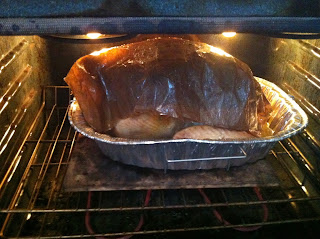 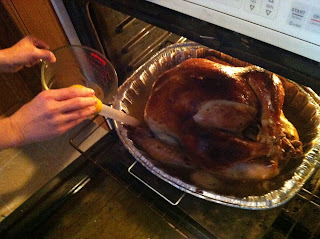 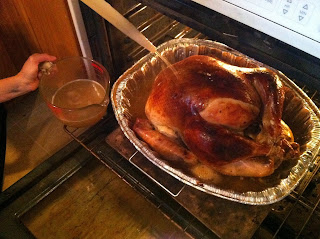 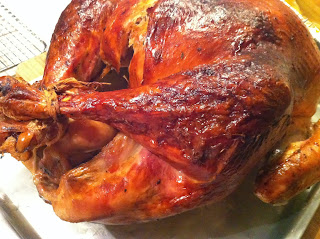 To his credit Doc Gus goes on to explain that it's not a "tenderloin" but a "turkey tender" (much like a chicken tender), a sub-pectoral muscle that doesn't get much work in flightless birds like turkeys or chickens. Alas that video is lost...