I don't get too much into religion, never did. My grandparents on both sides were holy rollers of the Southern Baptist stripe and they put the fear of Capital-C Church enough into my parents so that both mom and dad thankfully spared us the trauma of weekly trips on Sunday.

My old man has found some use for the institution whereas my mom remains reliably agnostic (perhaps even atheist, in which case the apple didn't fall far from the tree, maternally speaking).

My church, confessional and place of worship is the bar, and as we've mentioned on this very blog before I have a fondness for a number of Oakland dive bars and in particular the Heart and Dagger Saloon on Lake Park and in the Grand Lake district.

I have seen the light, however, and found that the Holy Land is in fact just around the corner from the Heart and Dagger.

I know what you are thinking - that must be some trick! Is there a portal between Oakland and Tel Aviv that I've been keeping secret? In actuality, no. Plus, if there were actual portals I'd have one in my living room that opened up to Tokyo. Figuratively, however, going to Holy Land restaurant in Oakland is enough to transport some of my friends back to Israel. 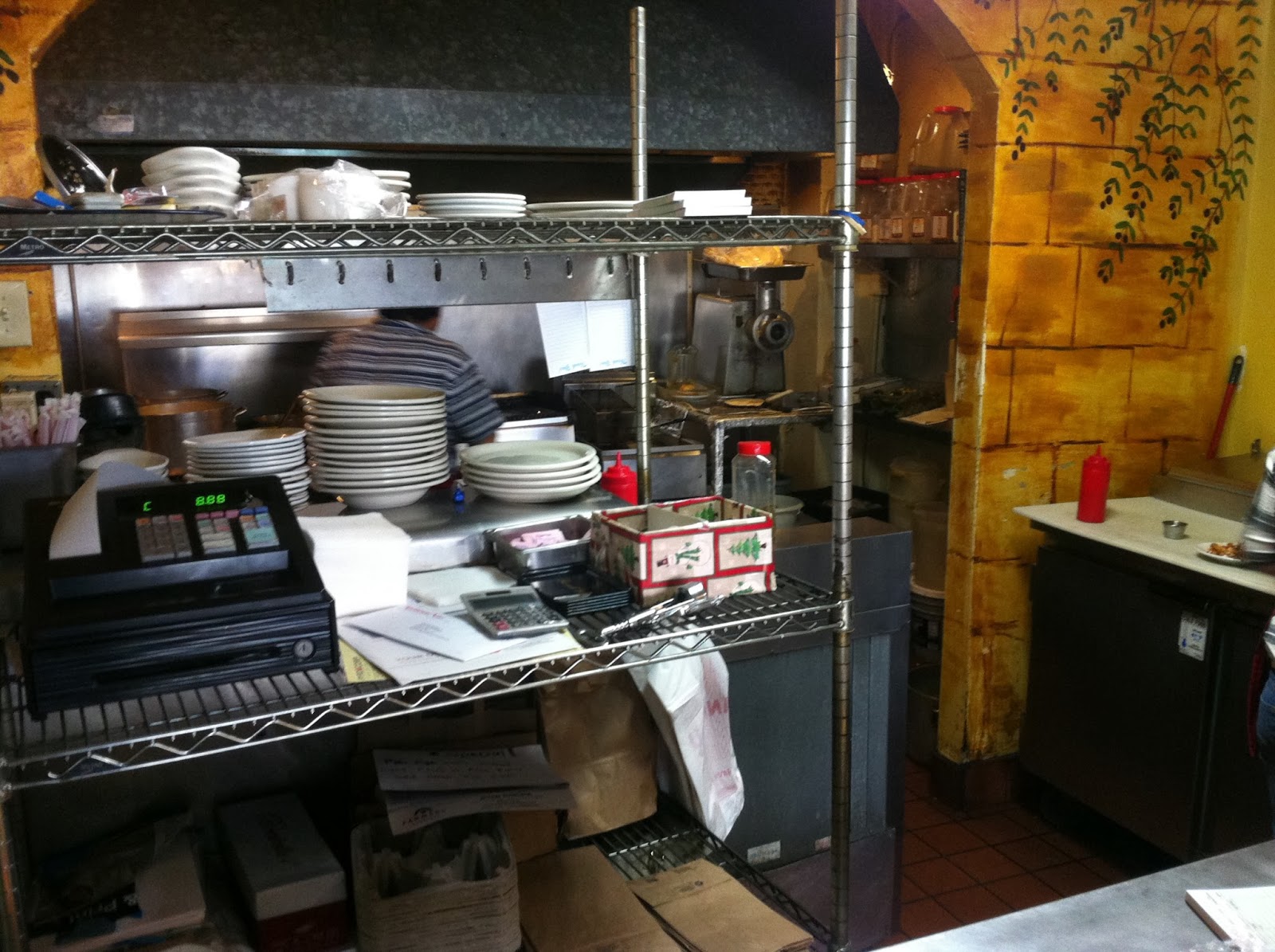 I met The Kombucha Man, Number Two (his trusty assistant) and AGF for falafel one sunny Saturday afternoon.

"First of all, they have non-Jewish staff to keep the place open on the Sabbath," he explained. "The falafel recipe is as close to my uncle's in Israel as anything I've had in the Bay Area."

Prior to discovering the Holy Land, his runner up would be the fresh falafel fried up at Truly Mediterranean in the Mission. Biting into my pita sandwich (which comes with cucumbers, tomatoes, cabbage and sesame sauce) I could tell that Holy Land's falafel was more than a few notches above.

The chickpea was ground more coarsely, there was a aromatic herbaceous quality to the spice blend that went beyond the generic falafel ("feel-awful") that is ubiquitous to San Francisco and Berkeley. The outside was crisp and the inside warm and steamy but still moist (everyone's favorite word).

"Hippies tried to make falafel in the 60s and they failed, they ruined it. To get a good falafel, you have to find an Israeli," declared The Kombucha Man. "Most of the falafel in Berkeley is garbage!"

I don't want to touch off a religious debate but I'll say that the Holy Land falafel is better than anything else I've had (although the Lebanese that run Truly Mediterranean are a distant second). It's definitely better than Tommy's in Coventry Village in Cleveland Heights (sorry, AGF).

There are two must have accoutrement to the falafel pita at The Holy Land: Israeli lemonade and what The Kombucha Man calls "Jewish salsa." 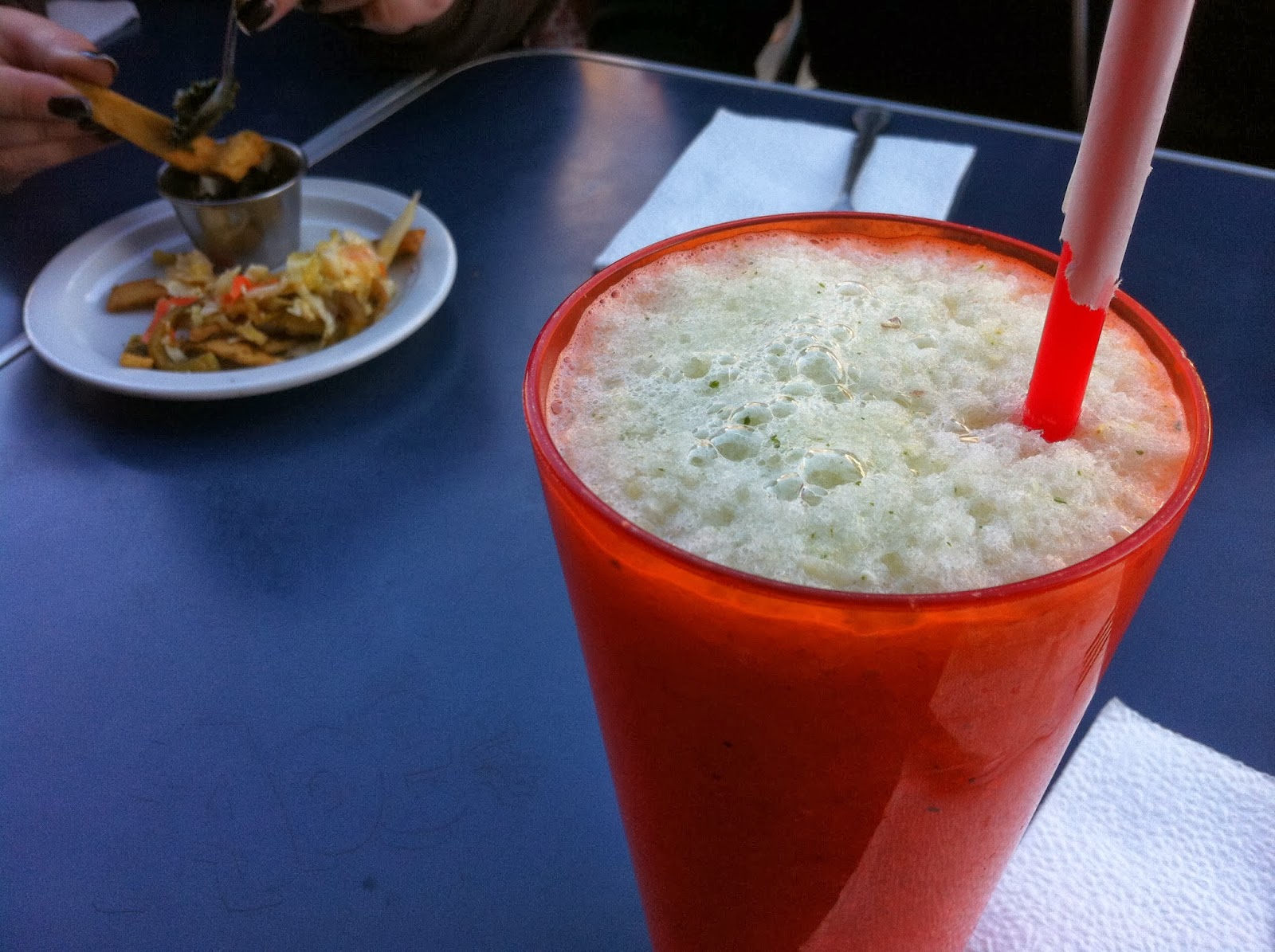 The former is made by blending whole lemons, sugar and mint with water. The resulting drink has the texture of a smoothie with some of the bitterness of the lemon, but a much more potent lemon odor and flavor. I remember attending several (non-denominational, semi-secular) Jewish religious ceremonies where the rabbi would point out the importance of having a little bitterness with the sweetness. Israeli lemonade is this concept in corporeal form. It's also delicious.

The latter is a blend of unknown peppers and spices and herbs, is also delicious and is provided upon request (you should probably just ask for "the hot sauce," I think you have to be a member of the tribe to be so bold as to refer to it as "Jewish salsa" and even that might be a bridge too far).