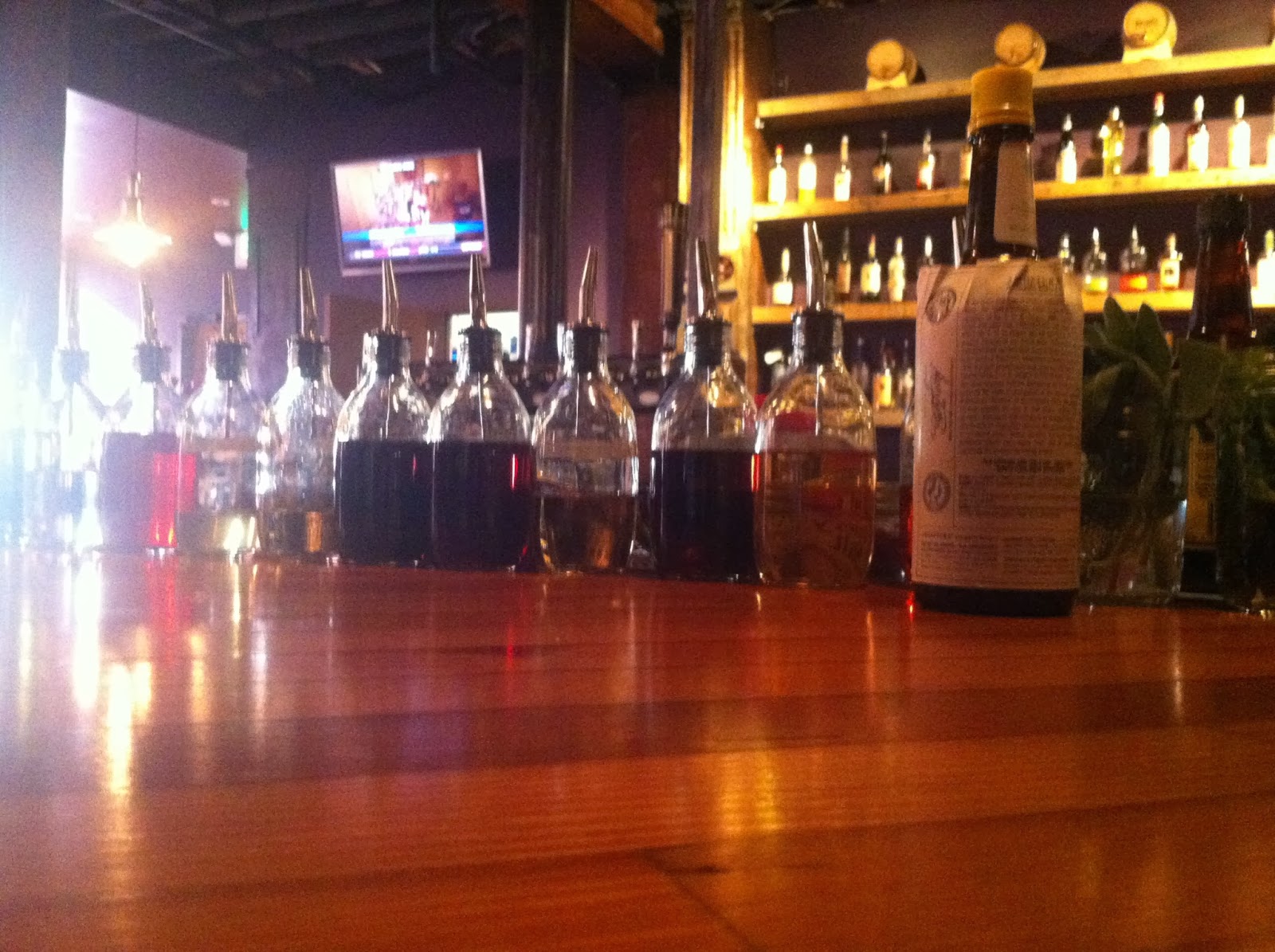 For some reason whenever I get around to writing up anything involving Mia Weening I get tripped up by terrible writers block. A prime example of this would be our entry about the Toronado Bar in the Lower Haight, which went through countless revisions before finally getting to a point were everyone in our ad hoc editorial "war room" was happy with it.

Basically it was a screed against IPA, with some sausages thrown in for good measure.

Mia has been busy over the last year spearheading the transformation of the former 330 Ritch Street  nightclub into the Victory Hall & Parlor with a substantial amount of elbow grease from her husband Jeff. Deanna Sison, of farmerbrown, is a co-owner along side Mia.

The friends I have who own bars will sympathize will all of the myriad plights and flaming hoops one must navigate, circumvent or transgress in order to get to the point where you can open your doors for business. This tango is particularly dicey in San Francisco, who's cabaret and food service regulations are Byzantine.

Don't necessarily look to city hall for help either, Mayor Ed Lee and his cohorts are too busy putting up million dollar condos for the nouveau riche to help out a local mom (Mia) and mom (Deanna) business - or at least that's how it seems to me.

So kudos to Mia for pulling this off. Victory Hall & Parlor features a menu of craft cocktails, wine and beer from a special hanging tap (a visually eye catching hack to work-around the inability to route the tap lines under the floor). Mia has built a "pass" (as in "pick up table 6's order in the pass" for those of you hip to waiter lingo) that connects the bar to its neighbor, the SOMA restaurant Little Skillet.

Little Skillet serves brunch and dinner, specializing in Southern, Cajun and Creole fare. The chicken and waffles comes highly recommended and I shall be eating that this very afternoon as I join my recently wed pals Jerry and Lindsay for an aprés nuptials gathering at the parlor. 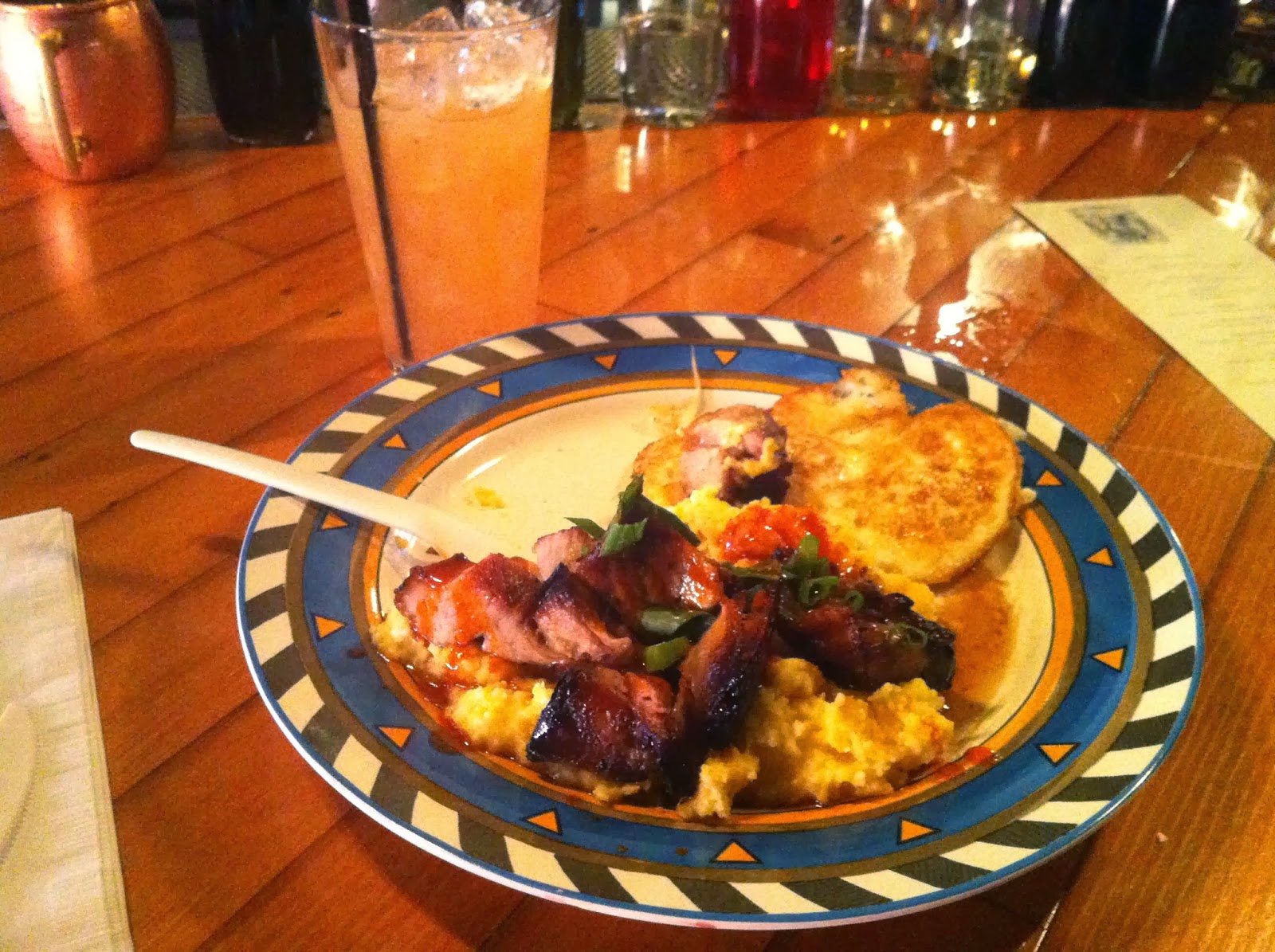 My first visit to the parlor was a couple weeks ago for post-post New Year brunch (a combination of sickness and severe hangover prevented me from attending their official opening on New Years Day, after several soft opens in December). I had the pork belly and grits, which were tasty but lacking an acidic element - maybe some greens with a gastrique. Everyone's a critic, n'est pas?

Mia has recruited several professional, career bartenders from around the area to serve up her cocktail menu. The fellow on duty that day was just learning ("...fake it until you make it...") the new menu, which will surely be tweaked during the first few months in action.

You can have the their version of a Moscow Mule in a copper mug: premium vodka, ginger syrup, lime and soda plus some additional bells and whistles.

Another intriguing item is a bloody-mary style drink that adds kimchee to the party. This is a drink whose conception I witnessed and possibly influenced in discussions with Mia over beers at Lucky 13. The drink needed some serious tweaking but I still think there's potential.

I would be thrilled if Mia et al would start fermenting their own kimchee and would be delighted to give them whatever pointers I have (our own 99% Bittersweet is the real subject matter expert, however). 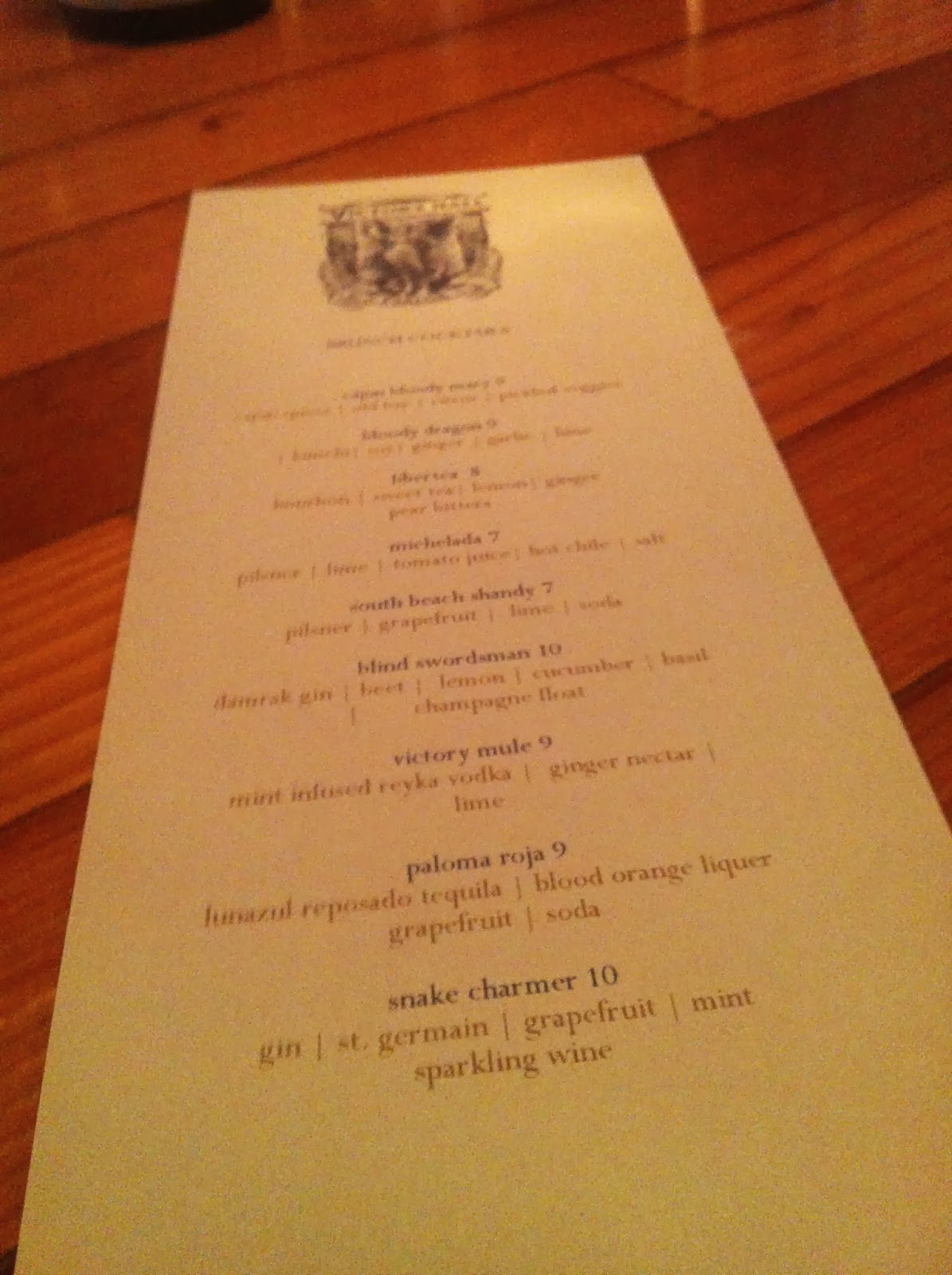 I would not be surprised to see some form of shrub (the drink made with "drinking vinegar" that was popular in Victorian times), especially after I suggest it to Mia (hint hint).

However they iron out the cocktail list, I am sure it will be wildly successful*.

The location terrific, Ritch Street is off of Townsend that runs parallel to AT&T ("Willie Mays") Park and along Caltrain. The Victory Hall & Parlor offers a nice casual dining yin to nearby 25 Lusk's fine dining yang (Ritch and Lusk run parallel between Townsend and Brannan).

The menu, ambiance and decor are all designed to attract a young crowd with disposable income but rest assured Victor Hall & Parlor is no yuppie bar - the staff and owners' bona fides for that elusive "San Francisco authenticity cred" are impeccable.

In fact, this is something of a homecoming for Mia who tended bar at Zeke's Sports Bar right around the corner in the 1990s. Coincidentally Zeke's was a favored lunch - and I mean liquid - spot for yours truly when I worked over at the Wired building at 630 3rd Street. I didn't know Mia at the time but I would not be surprised if she served me a drink or two - worlds collide!

Apologies to Mia for not getting this out sooner!

* And there I go making predictions about success again. On that note, I went straight from the airport to Stuffed last week so I could gift owners Dana and Andy a couple of bottles of Great Lakes Brewing Company Dortmunder Gold that I picked up at Hopkins International. I was delighted to see that they were pretty well slammed on a Wednesday night and I hope that's a trend that continues. 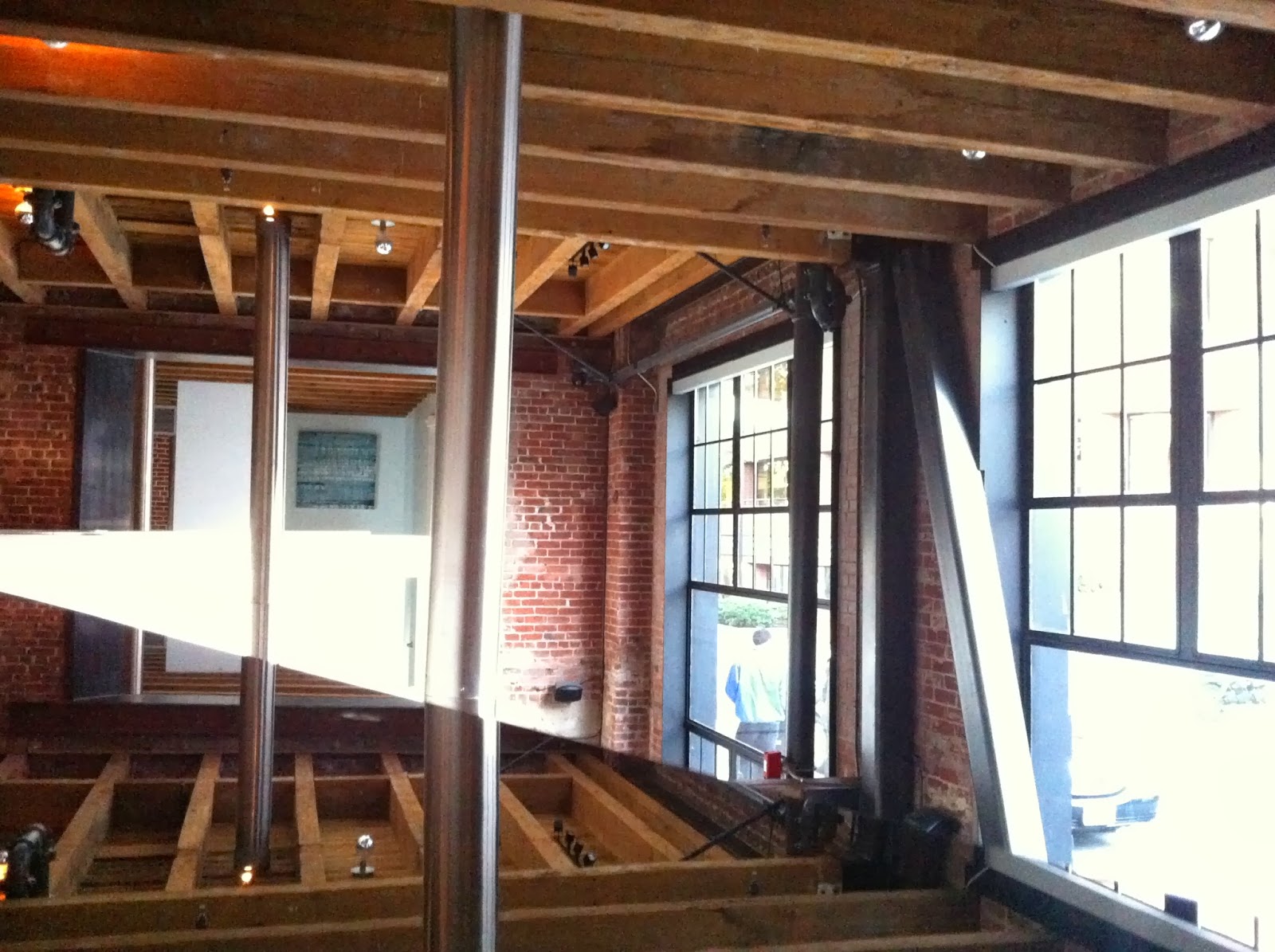 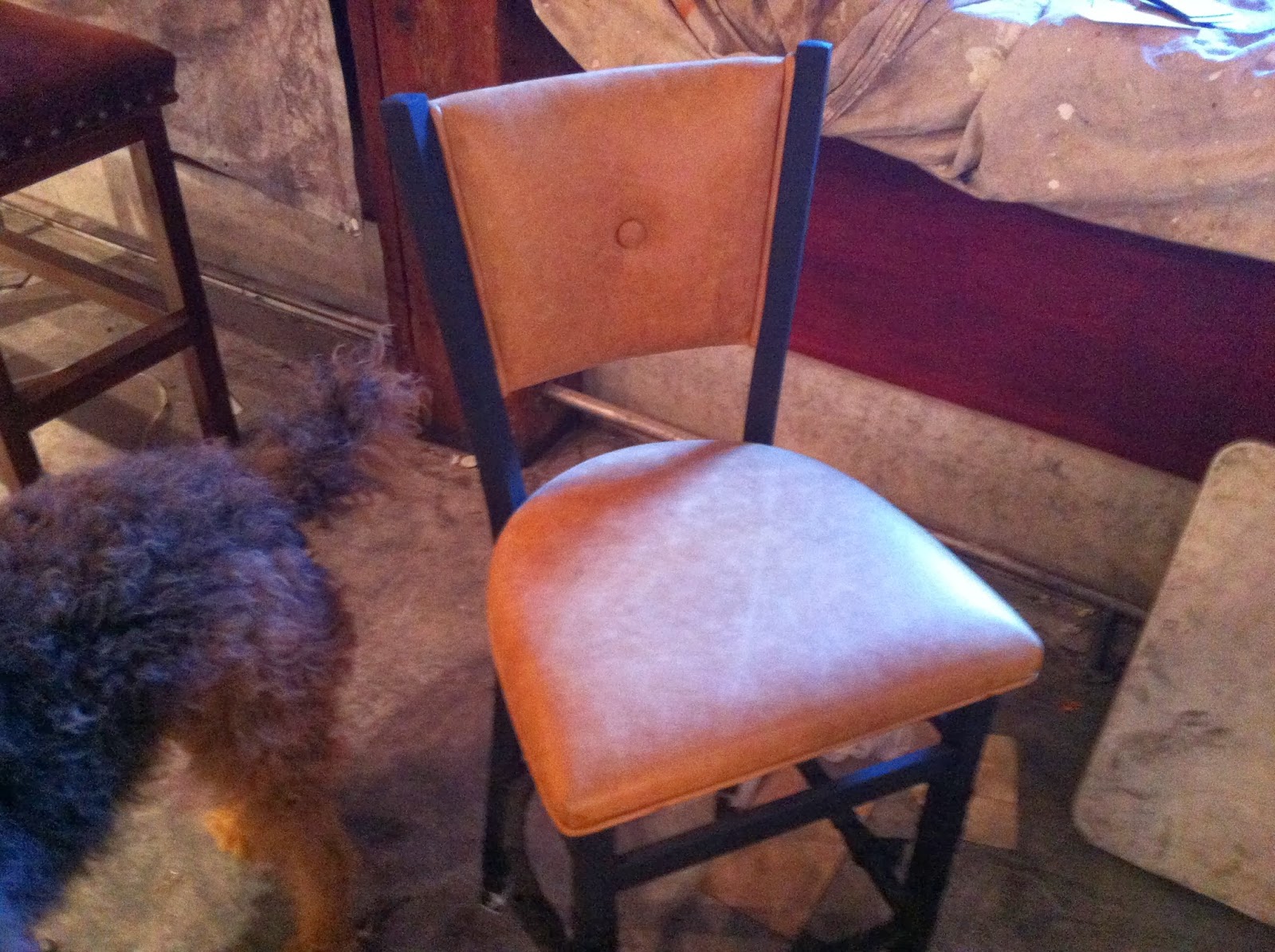 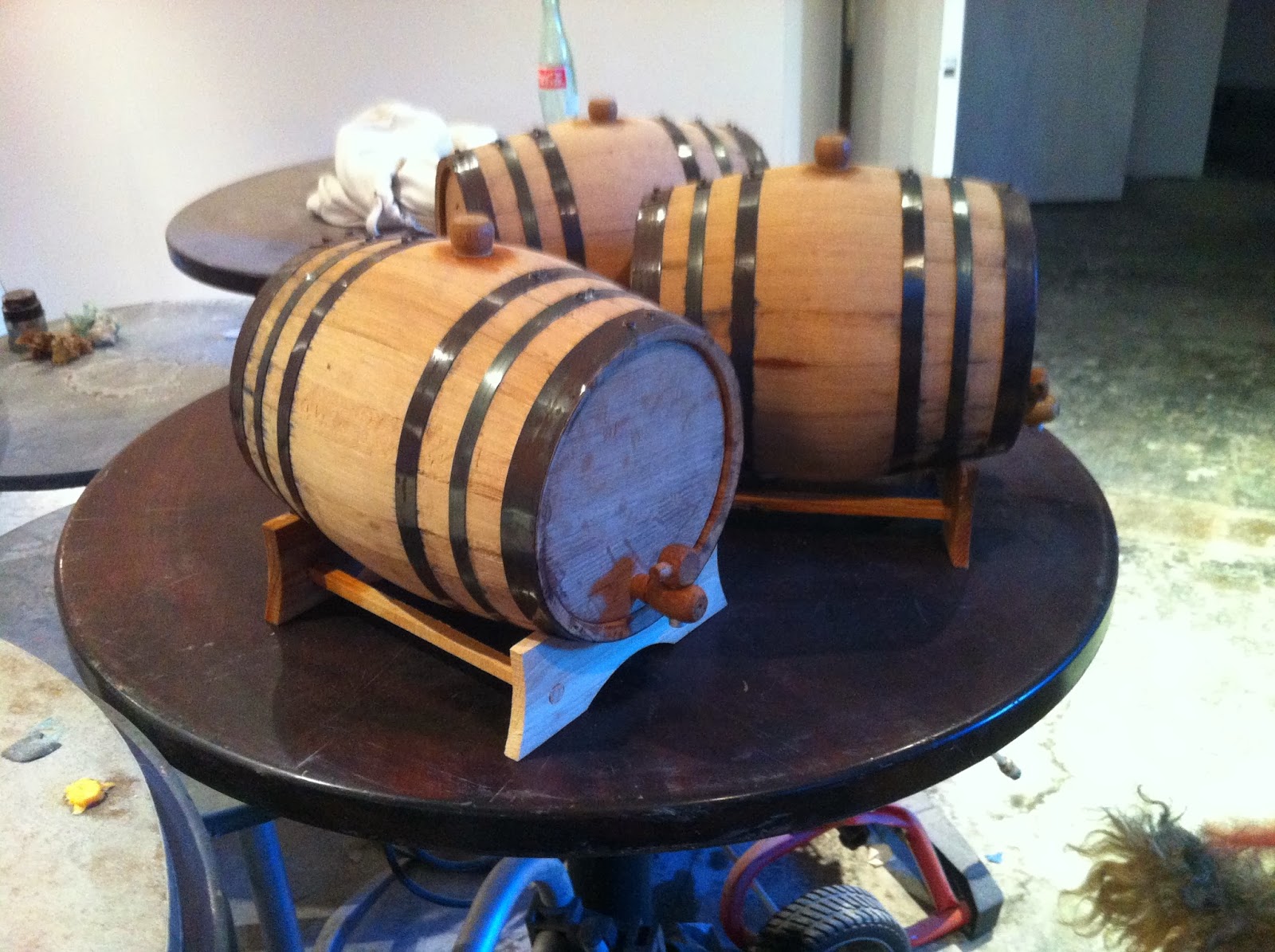 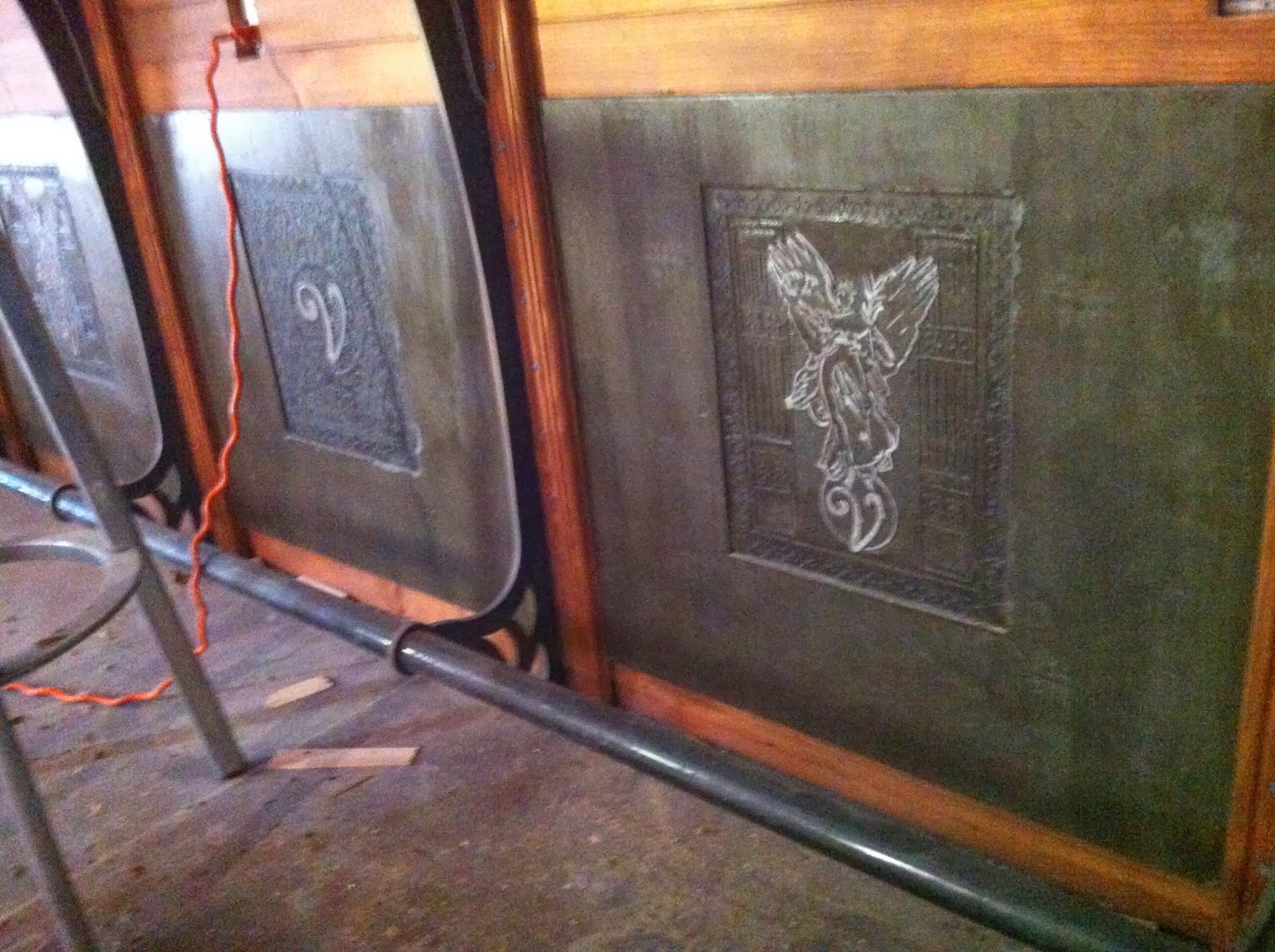 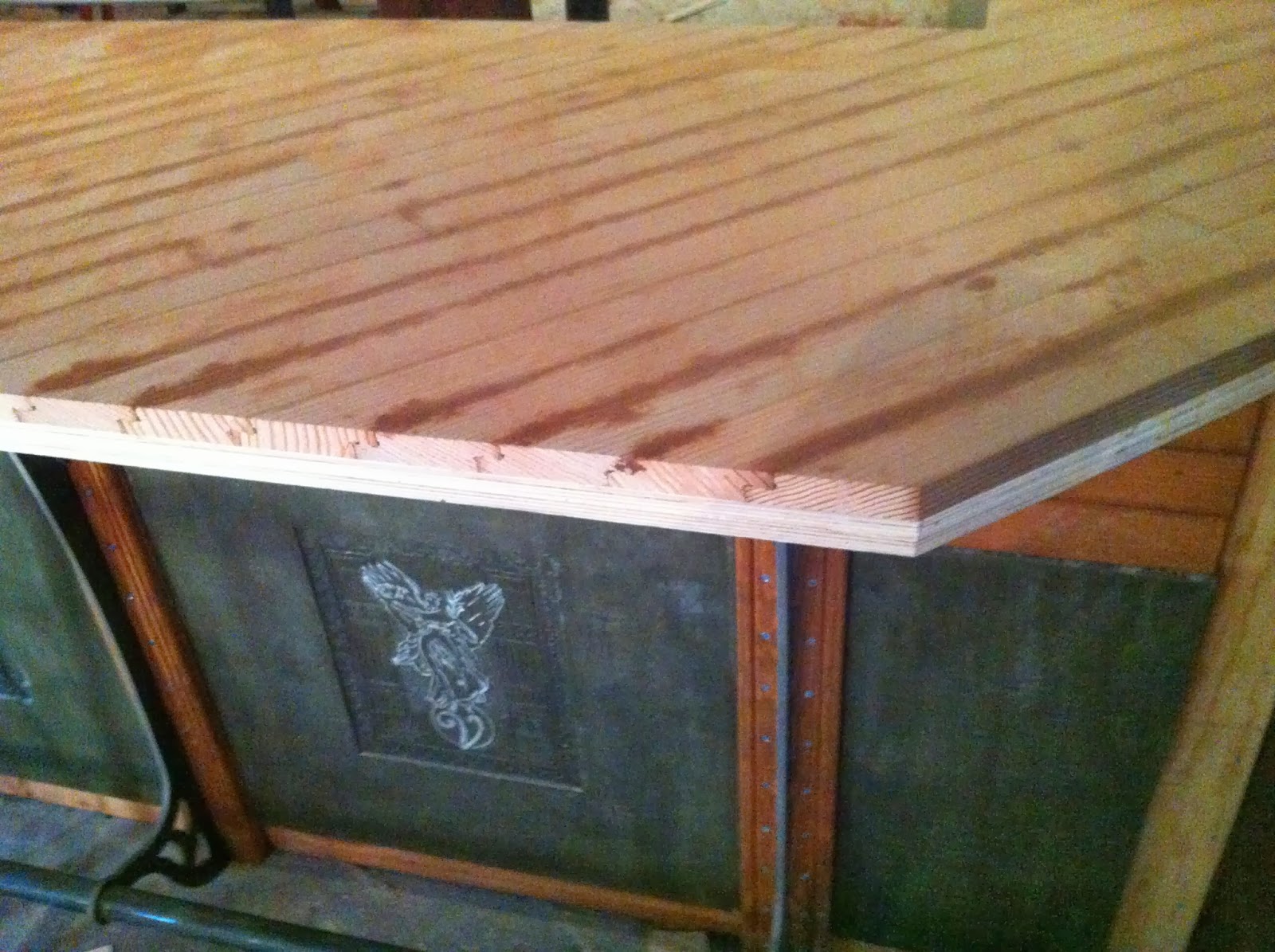 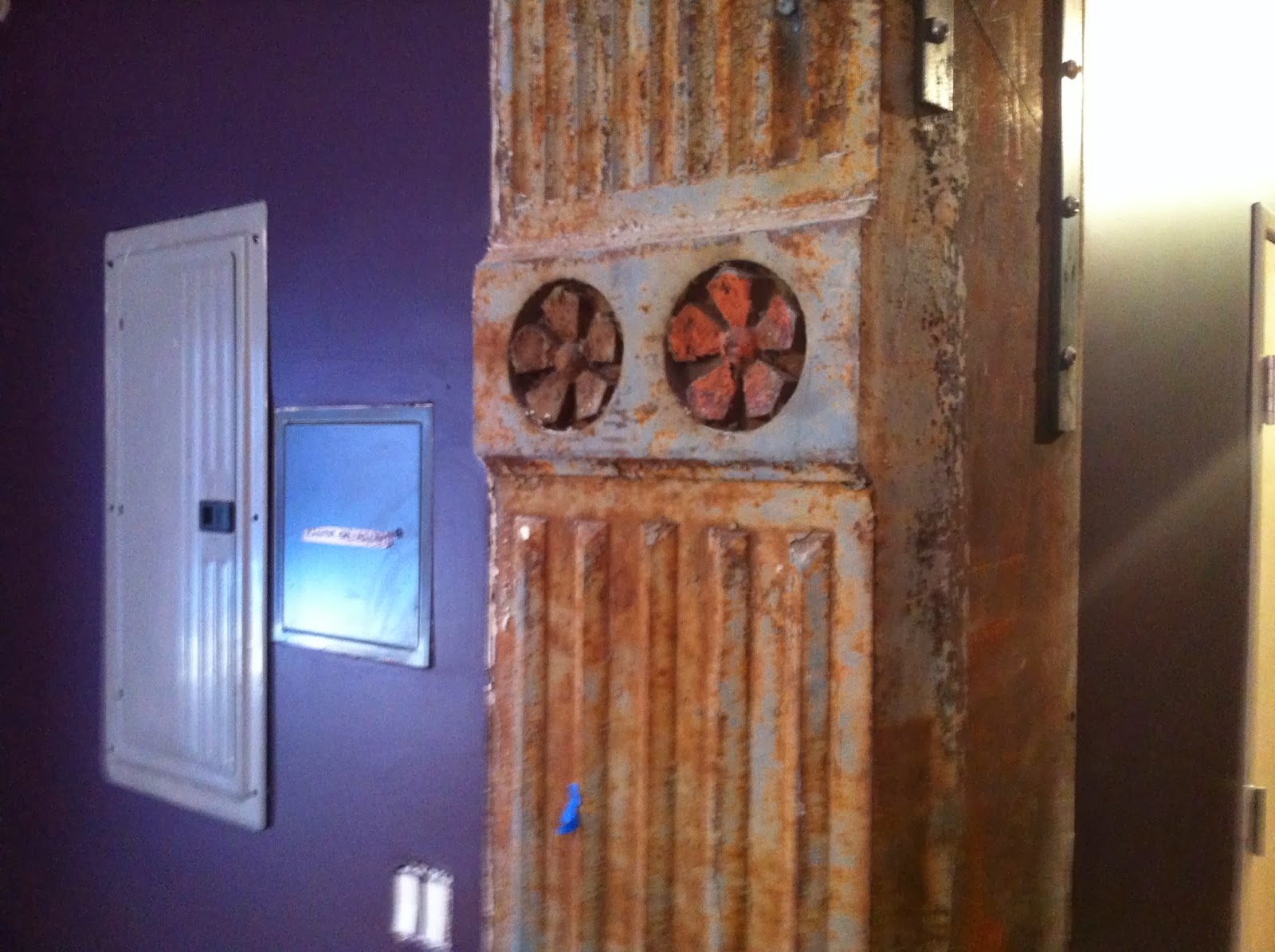 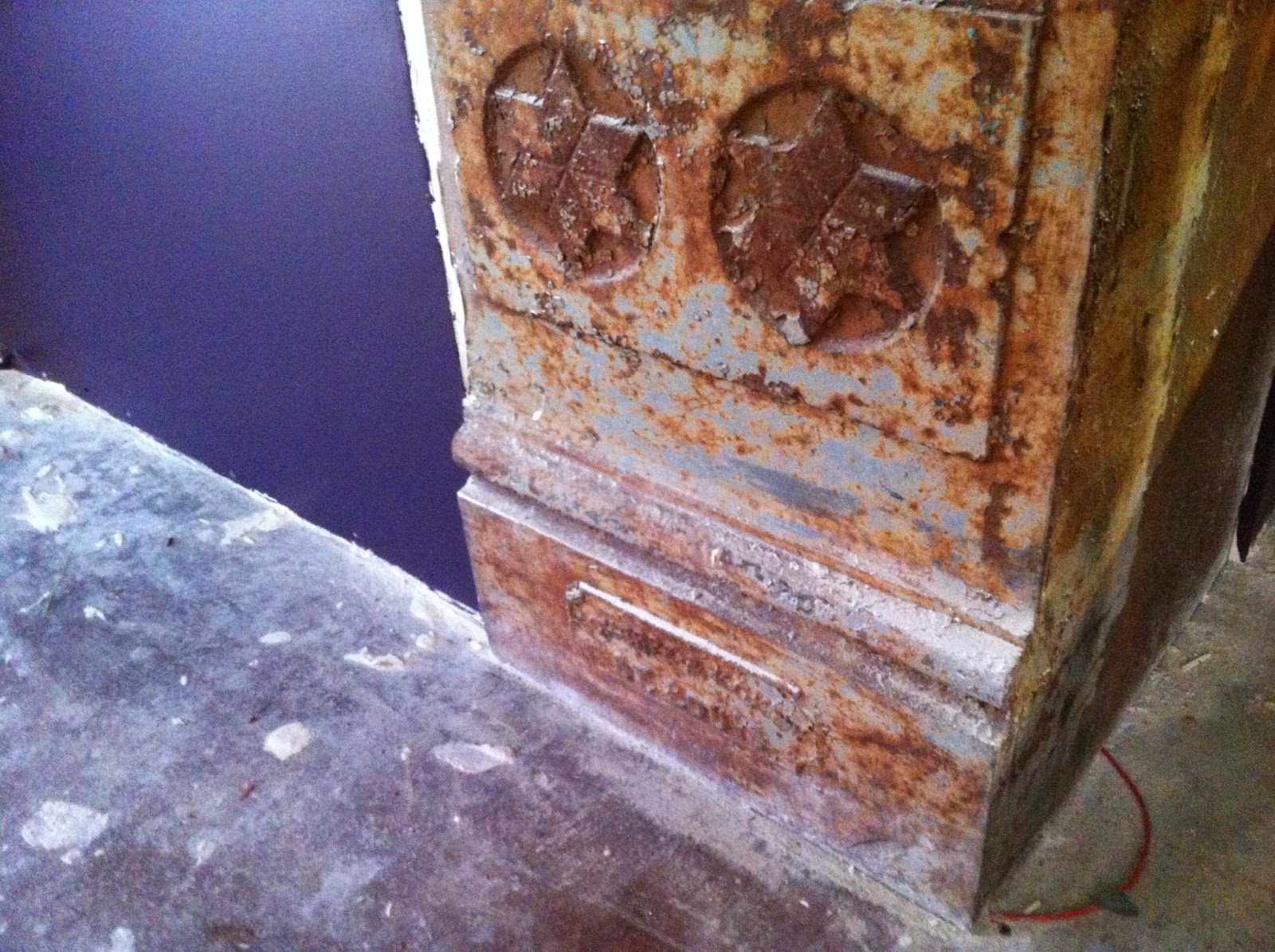