Cocktail of the Week: The Runaway 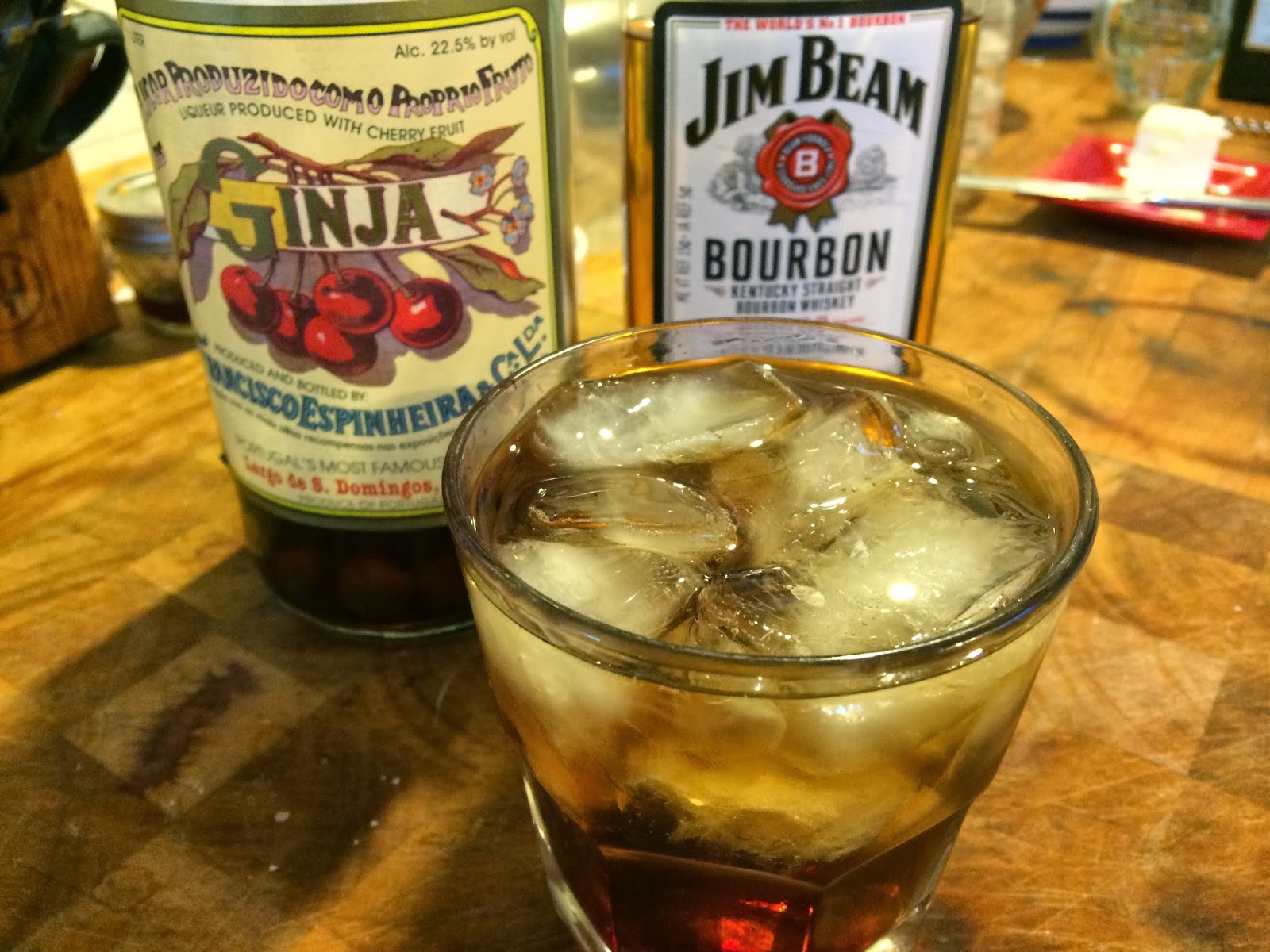 Chilling out in Newman, CA always brings about surprising culinary discoveries. Firstly, Chowbacca! Pastry Chef-in-chief* 99% Bittersweet has a boundless imagination for cooking in spite of or perhaps because of her primary role of figuring out how to feed a husband and four kids 7 days a week.

Also because Newman is full of strange little treasures, like the JJ Liquor Store in downtown "old" Newman, where one can find bacalao, Portuguese cheese, wine, sausages and pickles as well as a Portuguese cordial called "ginjinha" or just "ginja."

Ginja is Portuguese for "sour cherry," the flavoring agent in the cordial of the same name, which also includes aguardiente, which can be simply grain alcohol or brandy depending on where you get it (and how much you pay for it).

JJ, the proprietor, likened it to cough medicine but upon trying it when we arrived back to Camp Newman we found it to be not too sweet with a pleasant, slightly tart cherry flavor.

Still I wanted desperately to call my concoction of whiskey and ginja a "cherry bomb."

Of course there's already a drink called the "Cherry Bomb" and of course it is utter garbage: something involving Red Bull and flavored vodka. Blech!

I take it back, that's only the first hit on Google. This "Cherry Bomb" sounds more my speed: cacaça, ginja and soda with lime.

We at Chowbacca! felt that the 1976 punk-influenced anthem of disaffected and wayward female youths deserved a better boozy homage so we named our concoction "The Runaway."


* I realize this is technically redundant.