Lorem ipsum, etcetera. Not sure what to say so I'll just go through the thought process is a sort of post-modern, free-jazz hey daddy-o kind of way, dig?

Years ago my dad took me to his favorite local restaurant in Cleveland Heights, a place named Taste.

At the time a one-eyed French chef ran the kitchen, which we sat next to (damn near in) on a fairly busy Friday night for a three and a half hour long leisurely prix fixe (well, semi-prix fixe, as we were given a one out of three choice for each course) that showcased the chef's simple yet perfectly executed food.

Save room for dessert? Well, after three hours you sort of "find a way" as everything settles. My father and his wife, the Irrepressible Step Mother (we no longer call her ESM, the evil step mother, even in jest because we are not jerks) are not dessert people however chef promised to keep things light.

Of course, I heard none of that and ordered the cheesecake, made with roasted red peppers.

It was a lightbulb coming on in the darkness, this dessert. It was the essence of pepper - sweet, umami, fragrant.

That's right, fragrant: those of you in the southwest know the smell of roasting peppers and it is magical.

So was there making cheesecake for my own birthday party and I couldn't help myself.

"Let's put some peppers in this!" I said to myself as I eyed the pantry.

Nothing I have done has come close to the original at Taste (two ice creams and now this), but I thought it was pretty good.

Of course, this wasn't for everyone; however the people who loved it really loved it. The people who didn't love it were maybe a little confused about it (ahem, The Kombucha Man).

Johnny Davis of Bender's and Boozeland liked it, as did the Bender's kitchen staff.

I'll take that as a win.

Quick note about ingredients. First, as much as I wanted to use Honey Maid graham crackers for my crust after their beautiful response to hate speech regarding a commercial they ran featuring same-sex couples. I really did.

Rainbow Cooperative doesn't carry it (and probably for good reason).


Second, I passed capital-C Cheesemonger Gordon "Zola" Edgar on his way out of Rainbow and he spotted the four 8 ounce packages of some other brand of organic cream cheese in my cart and immediately sussed what I was about.

"Chris, and I'm telling you this as a friend," he started, "you don't want that cream cheese - it's full of fillers and gums."

I inspected the ingredient list, and sure enough a couple of gums plus a (natural) preservative or two were listed.

"Go to where you found that and look for the two pound tubs of Sierra Nevada natural cream cheese. It's just milk and cream and salt. I make cheesecakes all the time, and when I started using the more natural stuff I could tell the difference immediately."

Sage advice from a subject matter expert... I'll take it!

Pour over pre-baked cracker crust and cook in a 300ºF over in a bain marie for 1:45, then let cool for another hour in the oven with the door cracked. 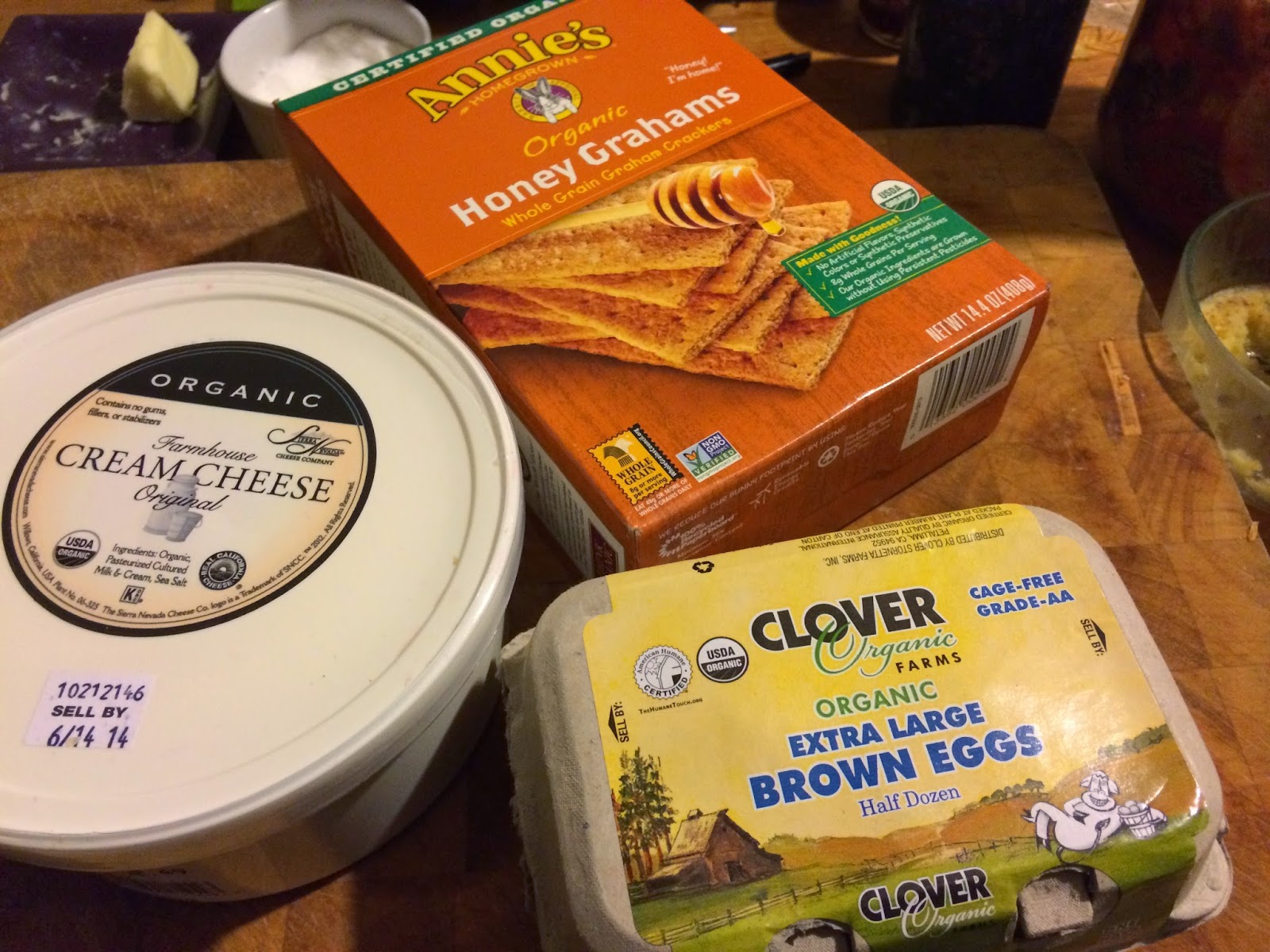 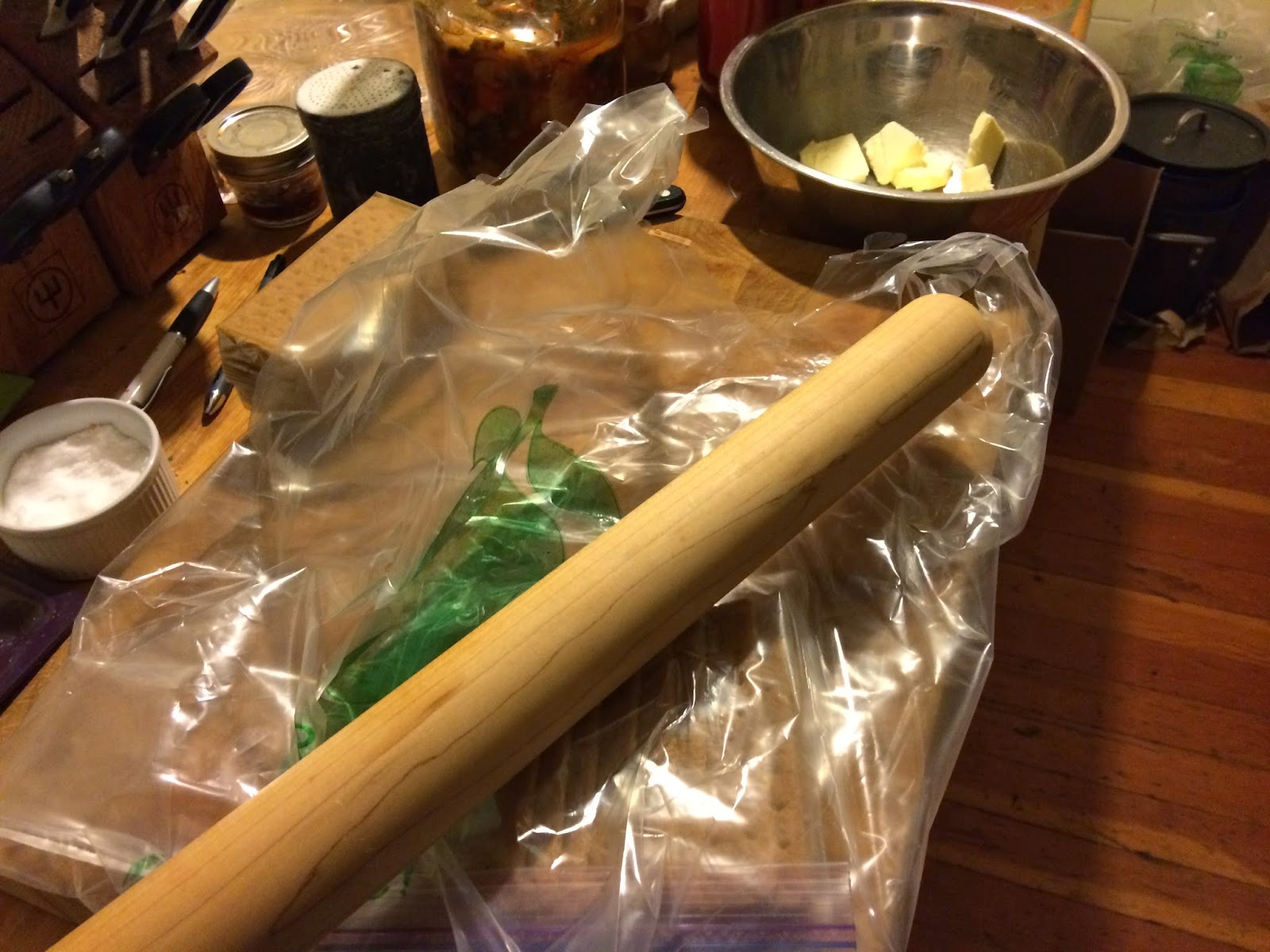 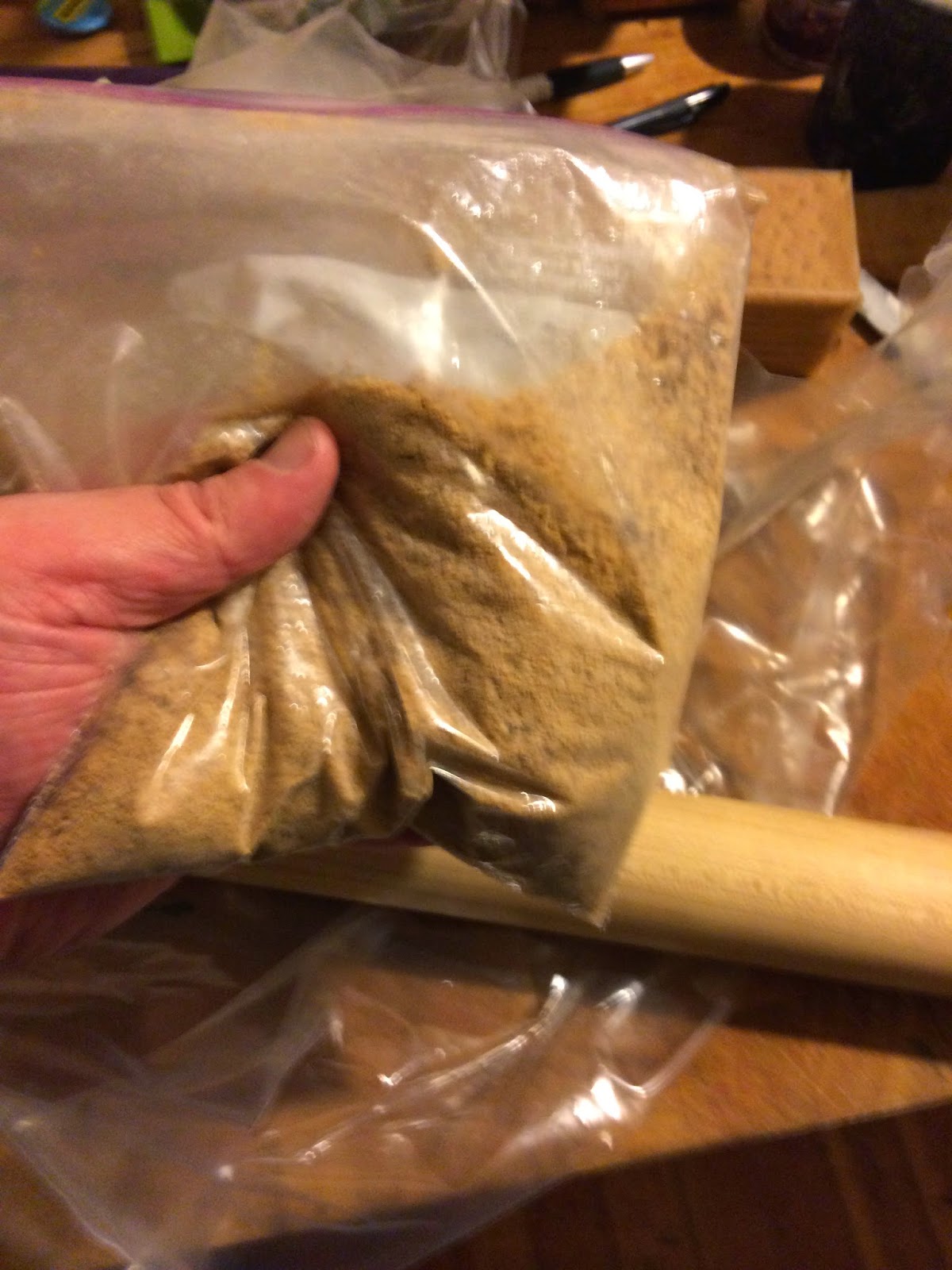 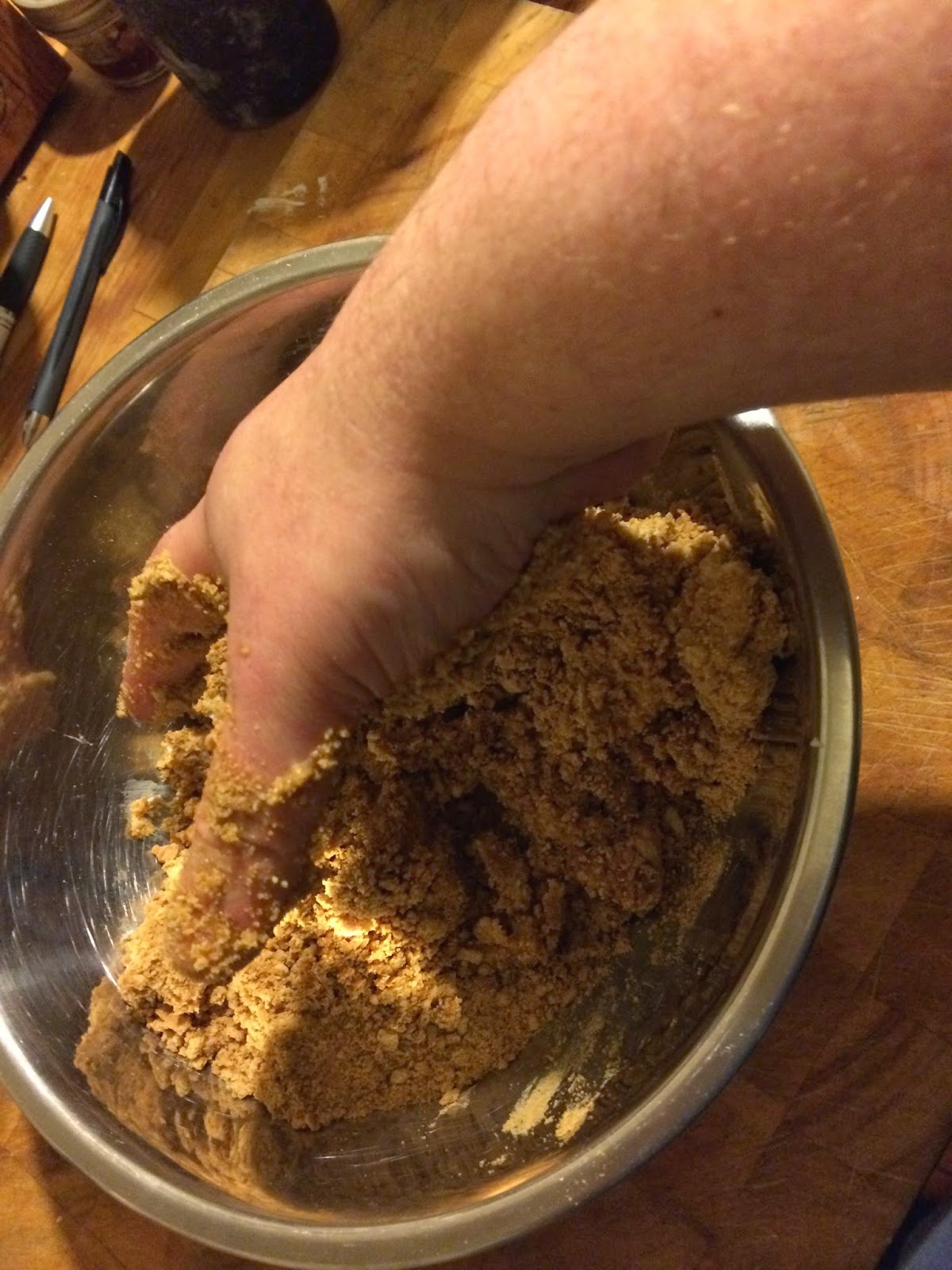 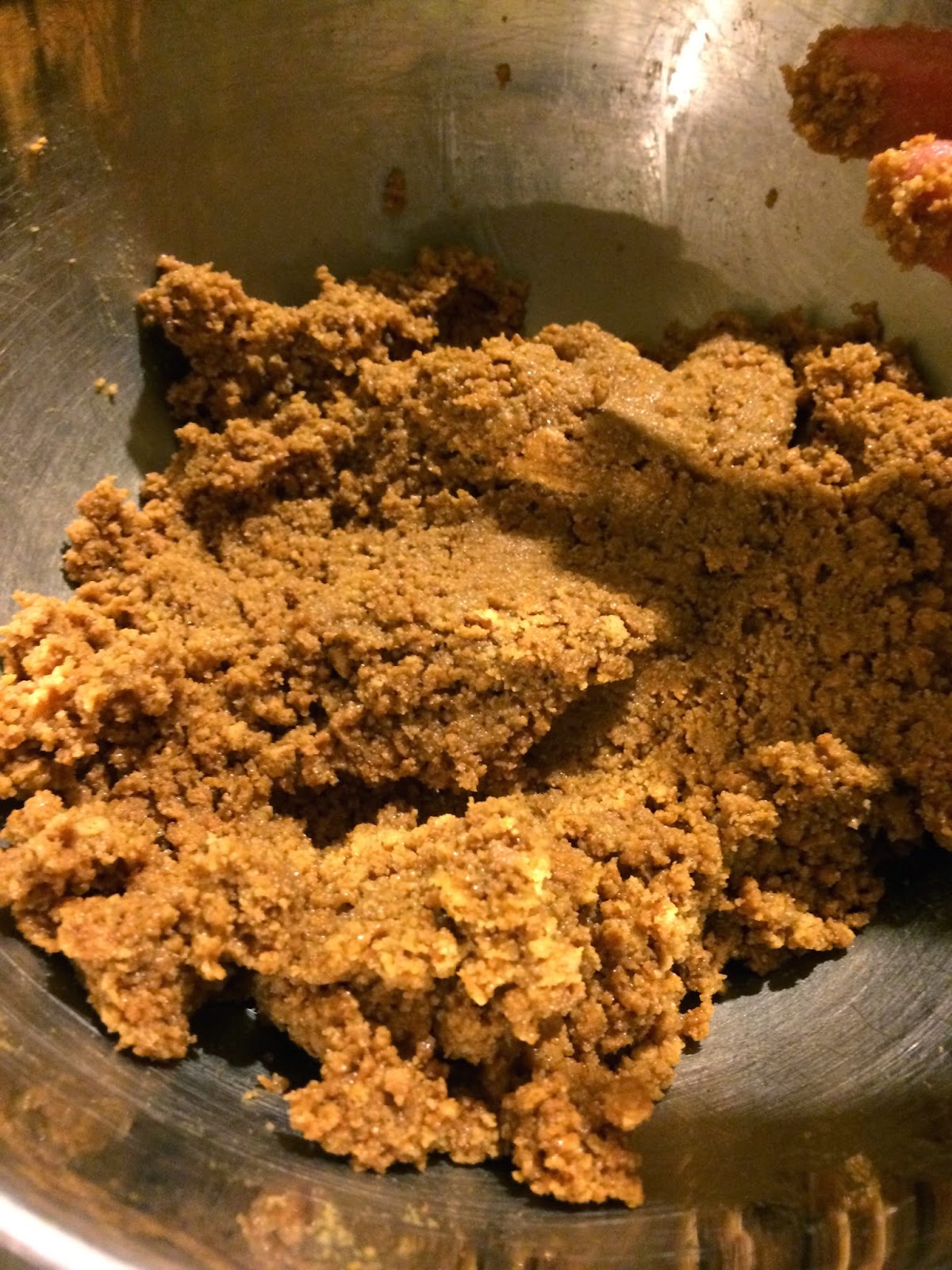 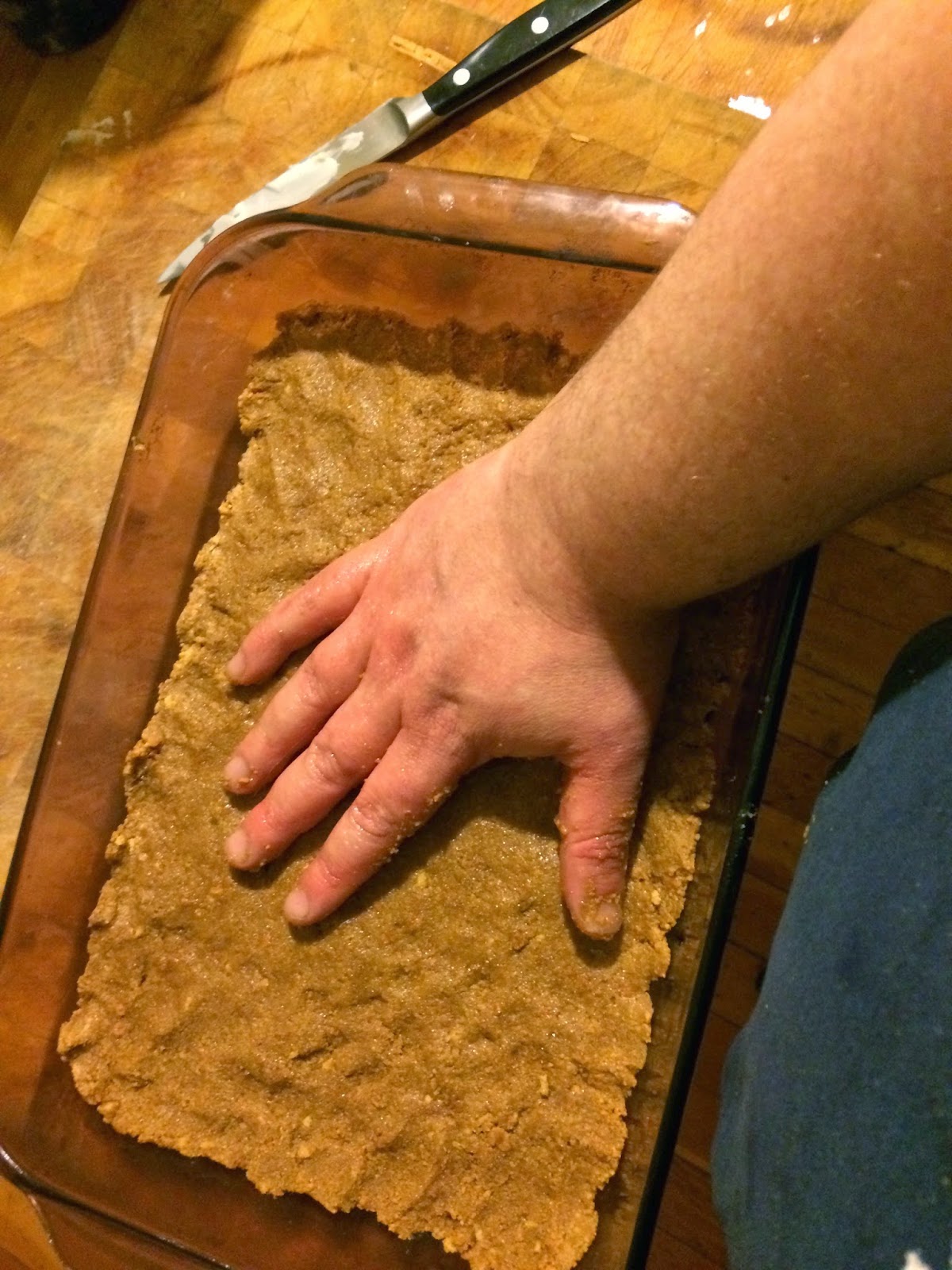 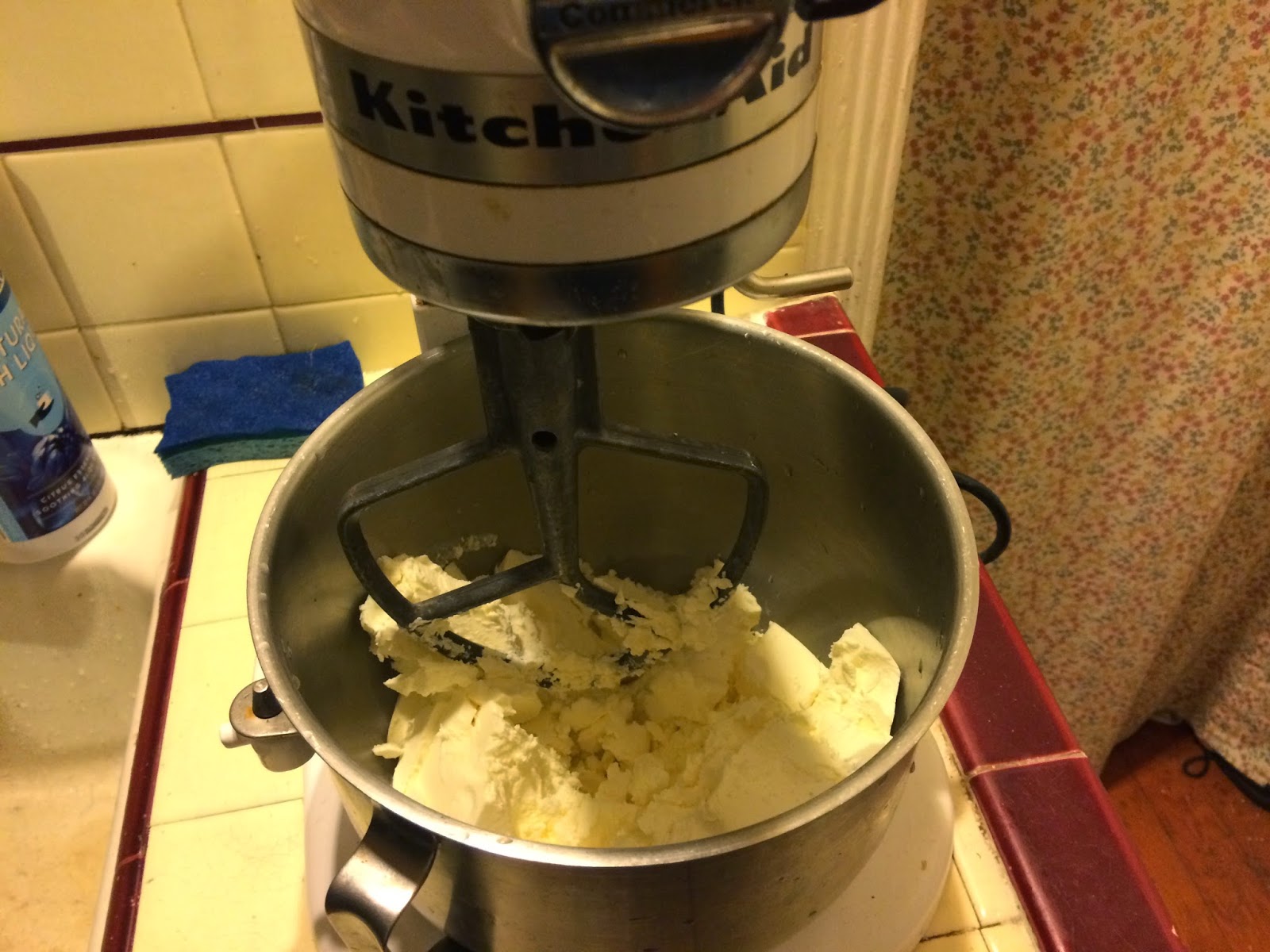 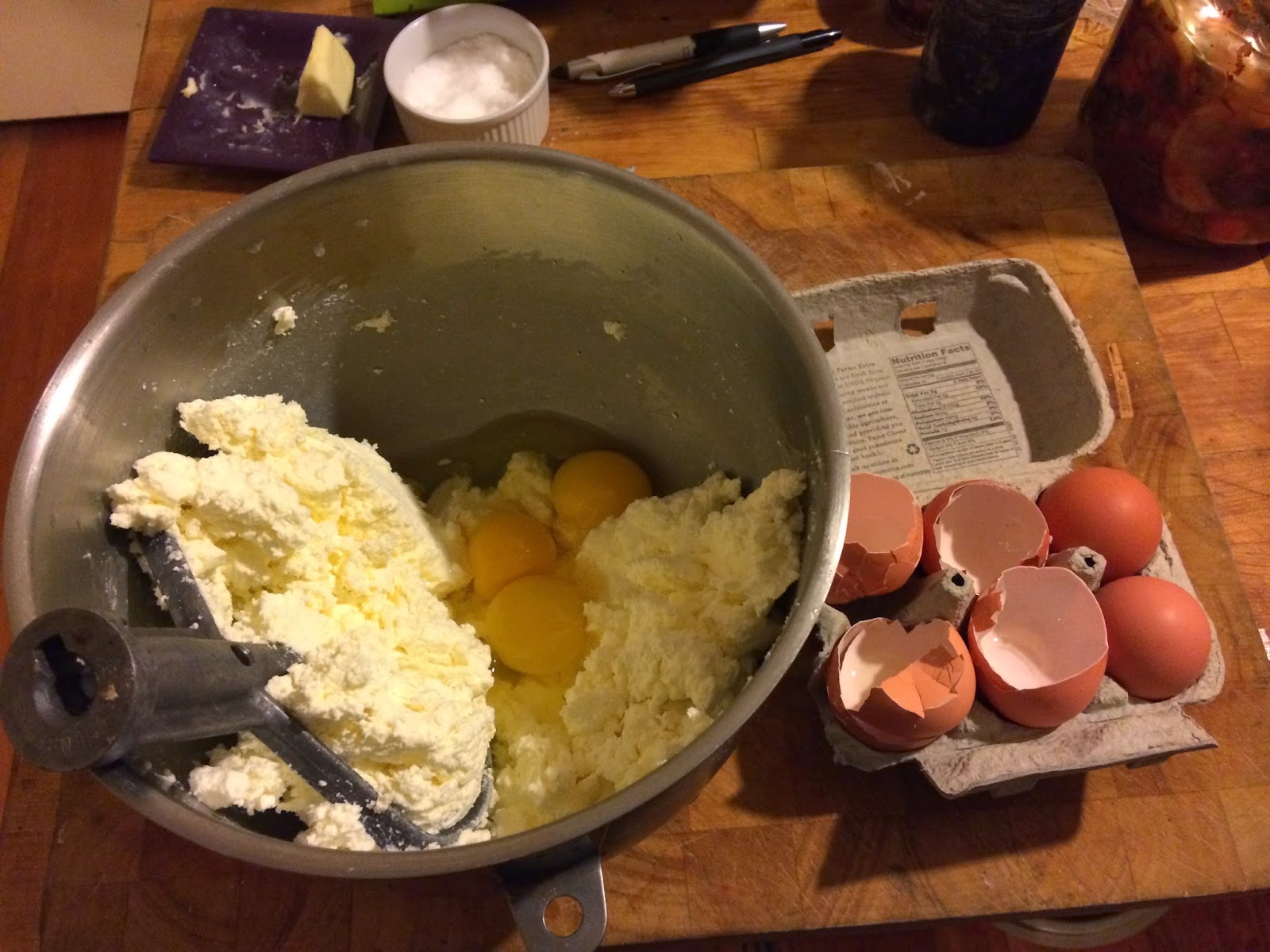 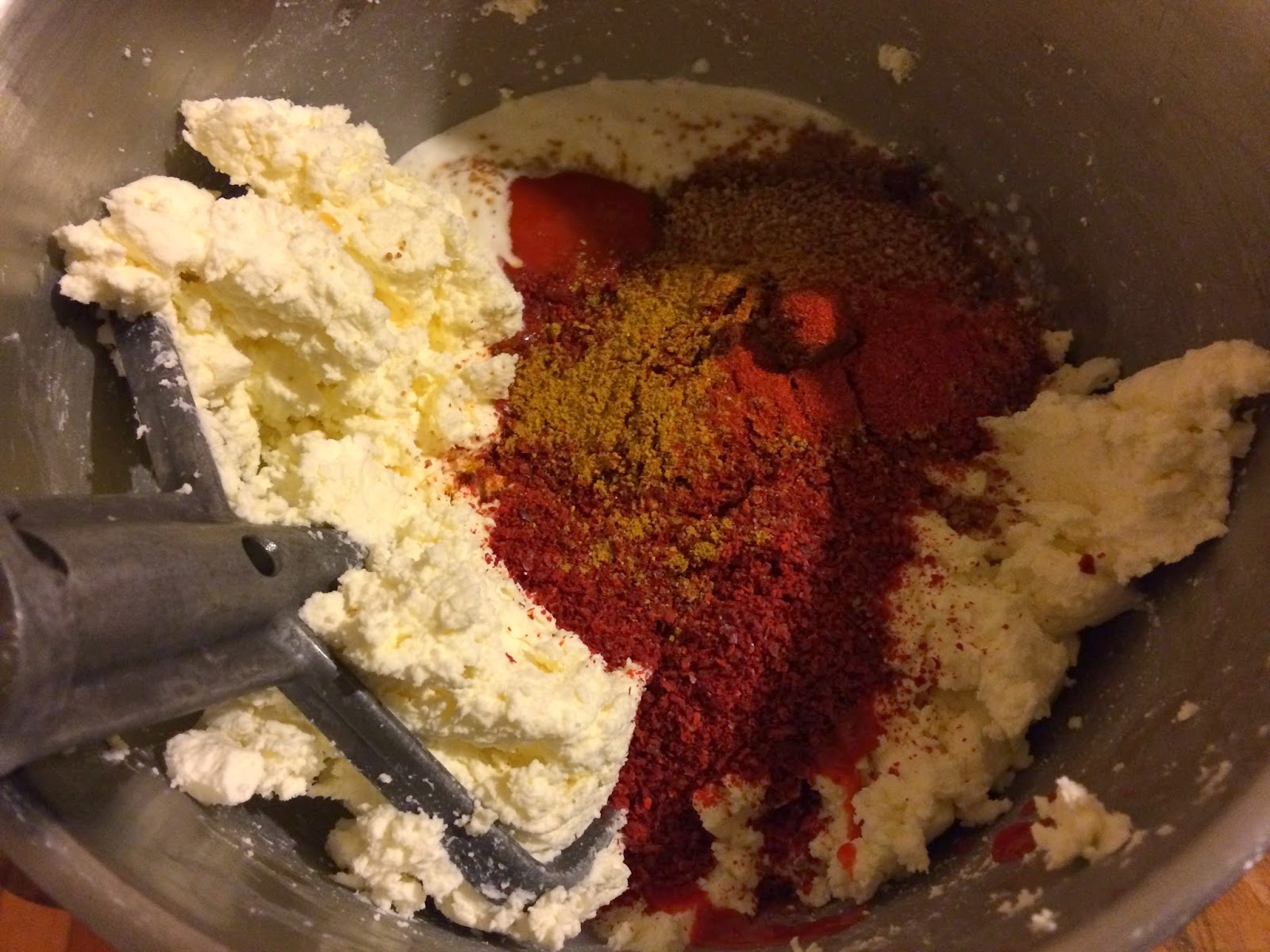 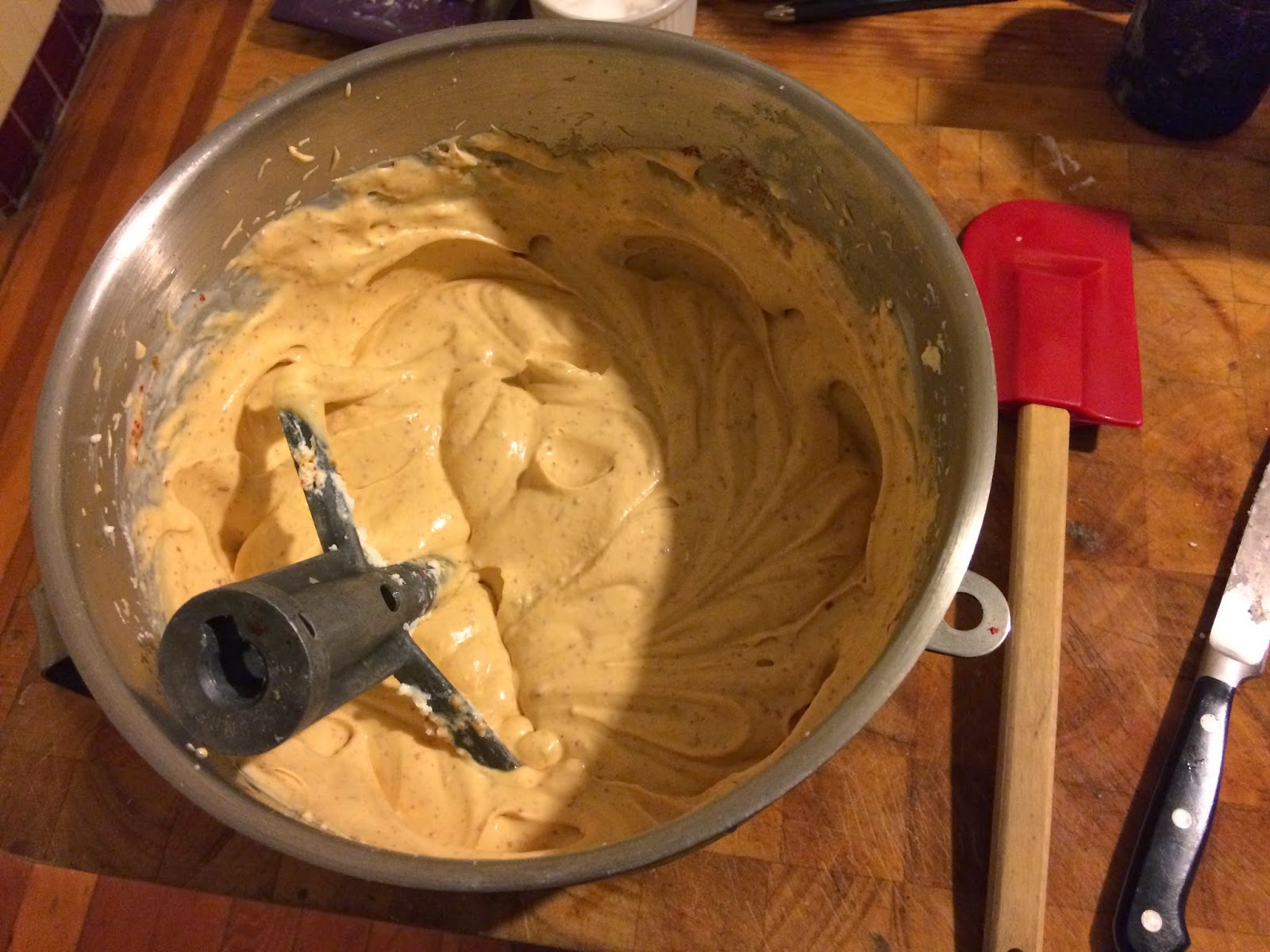 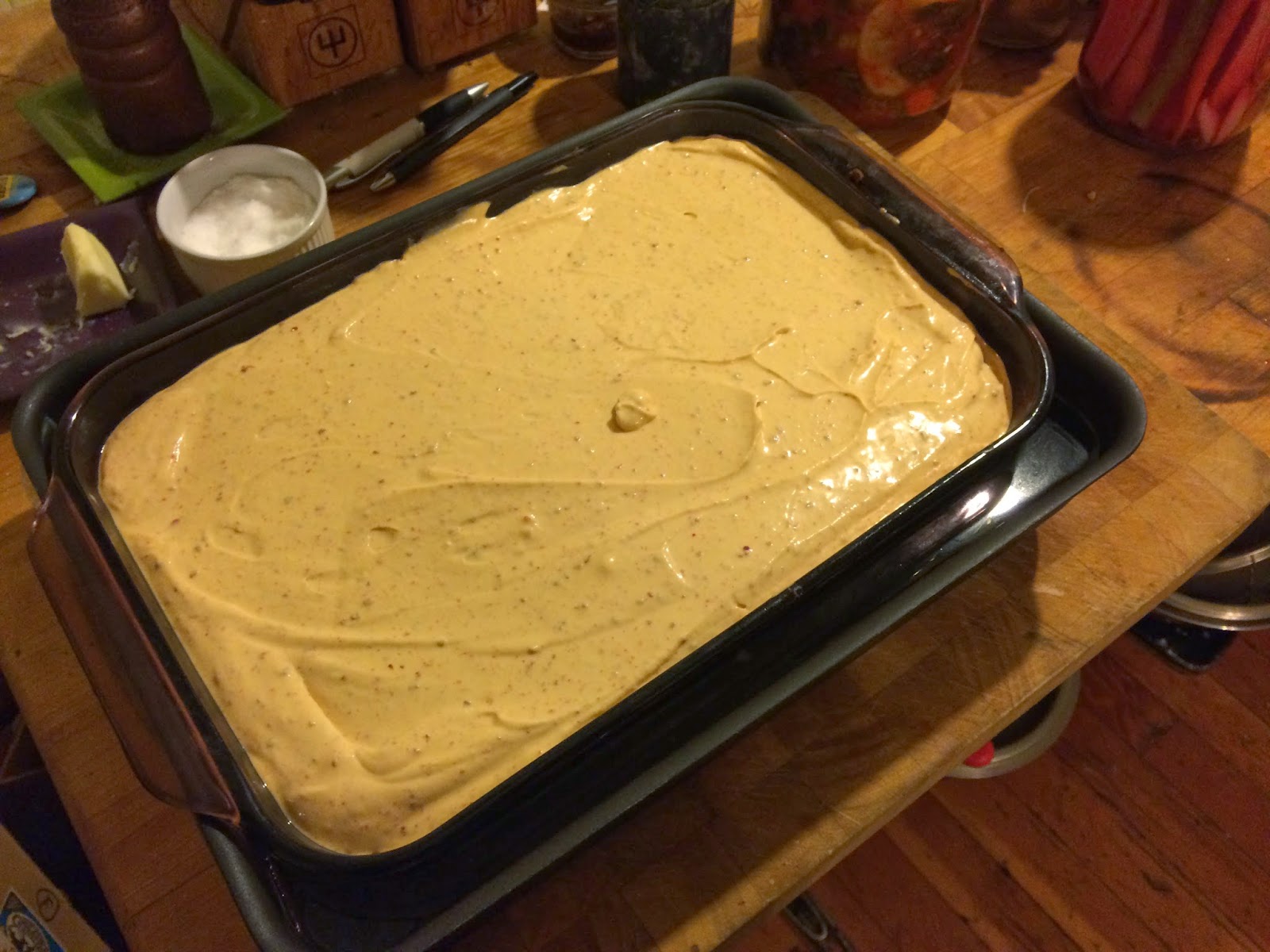 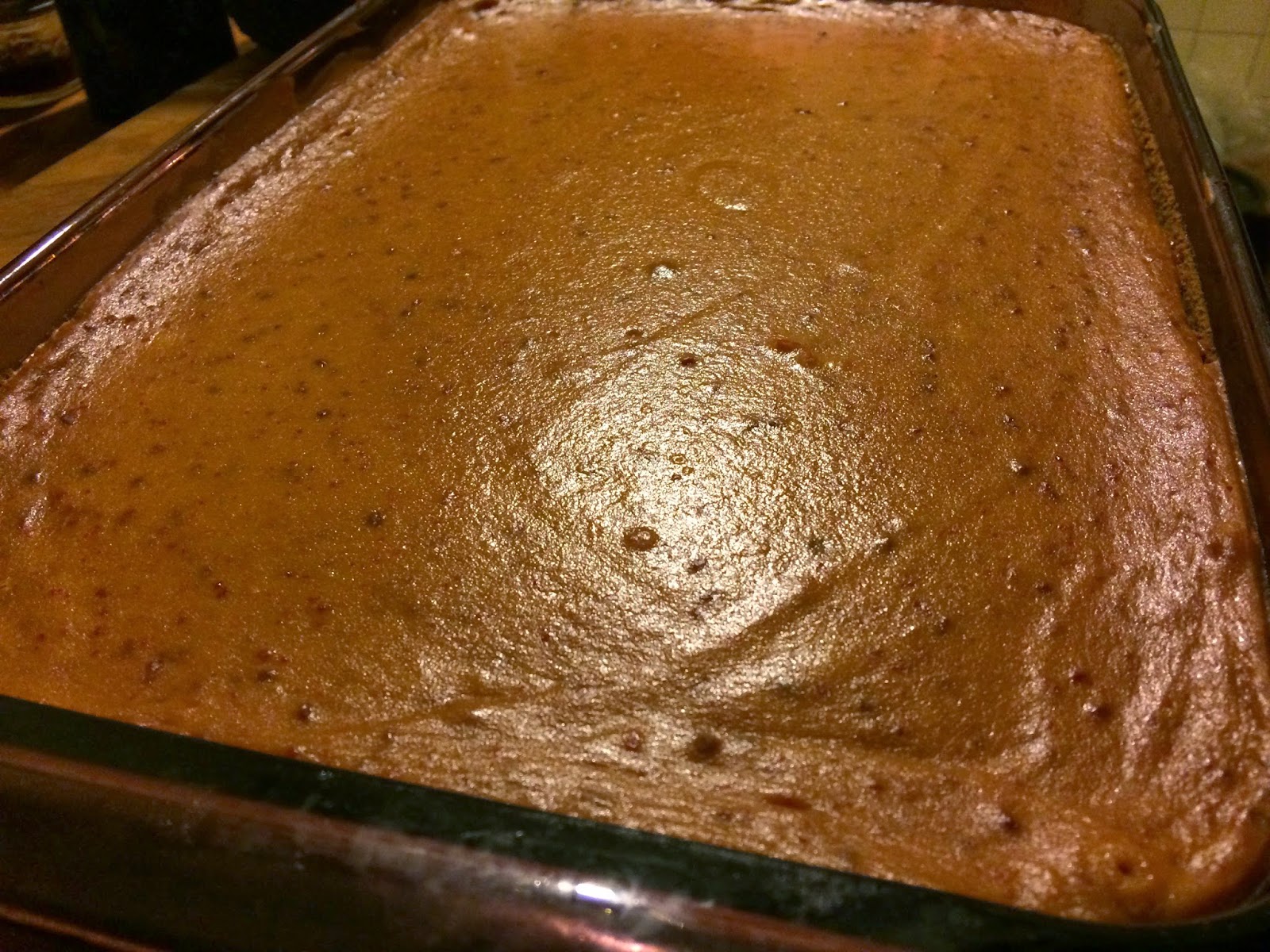