Toddy Coffee: I Loved It Before It Was Cool

Subtitle: if loving kimchi is wrong, I don't want to be right.

Hipsters are done. Game is up. Move along. Nothing to see here.

I had been feeling that it was over for a long time. I knew talking about, writing about, complaining about hipsters was over before it even began.

Kimchi makers of the world... unite and take over!

I started to feel queasy about this "hipster hate" when the neighbourhood took an unabashed victory lap after driving those rascally millennials out of flailing The Unresolved Love Life of Evelyn Lee after a year.

Every other bar that has occupied the space has struggled for as long as I can remember - since Sadie's Flying Elephant and before.

'We Did It' exclaimed the Generation-X denizens of the neighbourhood, who gleefully dismantled the bar (and left it half painted and under construction for months afterward).

'We Have Rid Ourselves Of The Hipster Scourge!'

I wasn't convinced. I remain unconvinced.

This year has been a year for recurring themes: Gentrification is Ruining San Francisco. The Techies and Their Google Busses and Glasses. Hipsters, What's Up With Them?

Well, San Francisco will survive this round of monied youngsters, private shuttles are not to blame from everything under the sun and it's unfair to lump an entire generation of people and their trends into a monolithic thing and then sit on your ass and lazily write one screed or another against vinyl and skinny jeans and ironic moustaches.

(Guess who is writing these articles, by the way? Hipsters.)

The irony of it all is now ironic the irony is. One hand clapping and patting itself on the back at the same time.

The last straw was an article called "22 Foods Hipsters Need To Stop Obsessing Over" (now the title reads "22 Most Hipster Foods," I see what you did there).

The number one food was "Cold Brewed Coffee."

It's called toddy coffee, and I've been drinking it since the 1990s.

Yes, I said it: I was into cold brewed coffee before it was cool.

I was into kimchi before that was cool too.

You see, I got picked on a lot as a child and it got worse when I started high school. Finally, when this skater kid Josh* drop-kicked me in front of my acting class classmates in 9th grade I had enough.

My father was involved in the mentoring program at Calfee, Halter & Griswold. A young lawyer named James S. Cahn came through the program under the tenure of my old man, a newly minted partner.

Master Cahn, as I knew him, had long John Lennon hair, listened to Yes and had a bit of wanderlust.

His curiosity lead him to Korea where he studied Tae Kwon Do with another Ohioan, Ronald Kennedy.

Kennedy overcame a physical disability to earn with Cahn the title of "Master" and teaches Tae Kwon Do in Columbus.

I enjoyed kimchi because it was the thing to eat when the grandmaster (Joon P. Choi) came into town to oversee the senior students' testing (or just drop in to the do-jang for a random visit and make everyone stand a little straighter in their do-bok uniforms).

We learned to count in Korean, we spoke and gave orders in (rudimentary, military) Korean and we ate kimchi and other pickled items, rice noodles and had bepbimbap for the big belt ceremonies.

If anything I did in high school was cool, I guess that's it. Because it sure is cool now.


(* Ironically, Josh now works in telecom in Cleveland, a closely related field to what I fell into after high school. He wears khakis and is generally mild mannered. Also, I'm Facebook friends with him.) 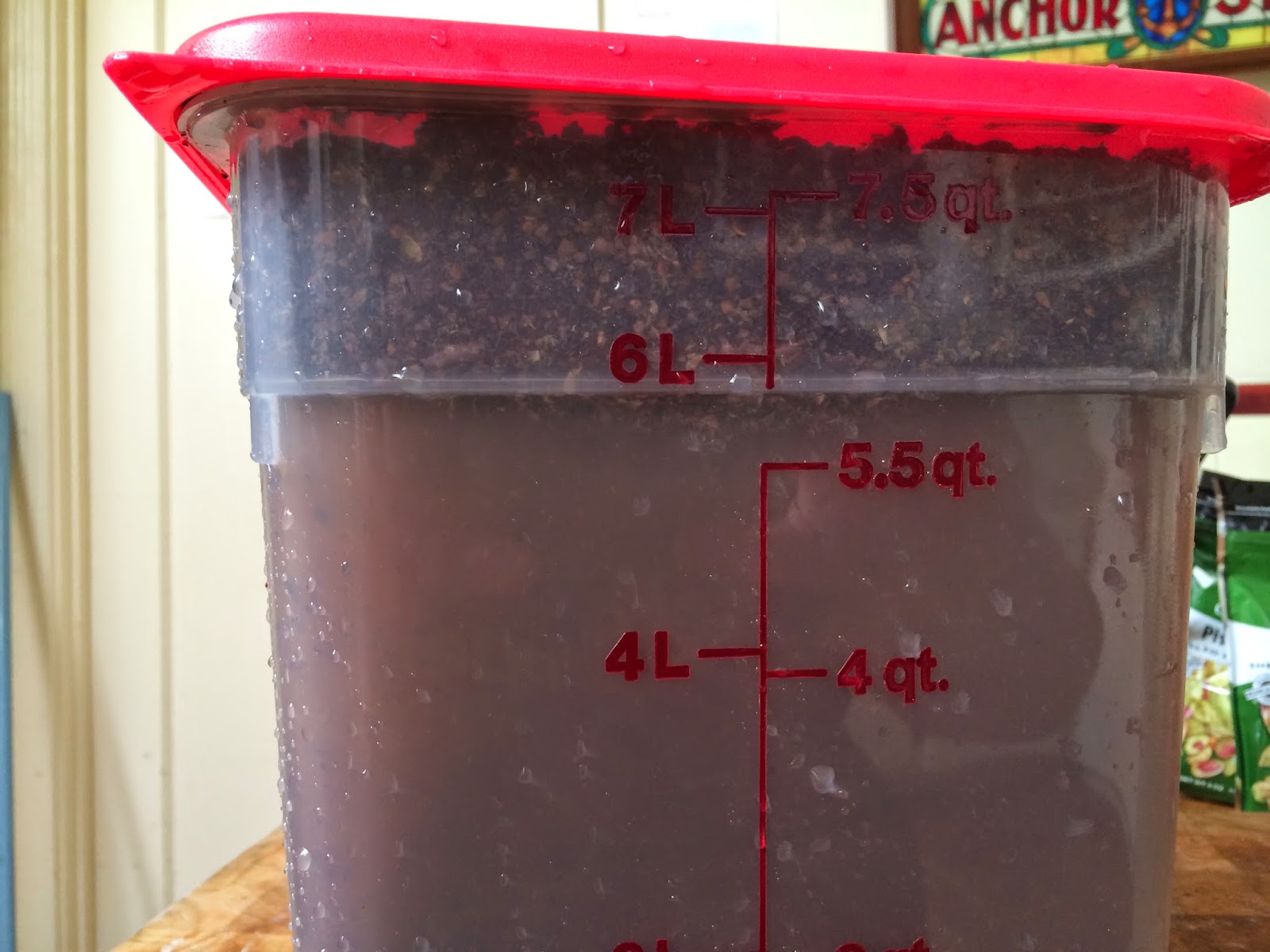 
Let grounds steep, covered, for up to 24 hours.

Heat is the enemy of caffeine. Toddy brewed coffee is extremely high in caffeine but is less bitter than a hot brewed coffee - if done right. Set it up on Saturday, strain it on Sunday and drink a cup before work.

You can use the leftover grinds for meat braises and marinades (I like coffee with roast pork, beef tongue, short ribs and tri-tip).

Cold brewed coffee, kimchi... just some trendy retro-stuff that a bunch of kids in Cleveland were doing 20 years ago.

With that, I'm going to put some Devo on my turntable and eat some homemade pickles. 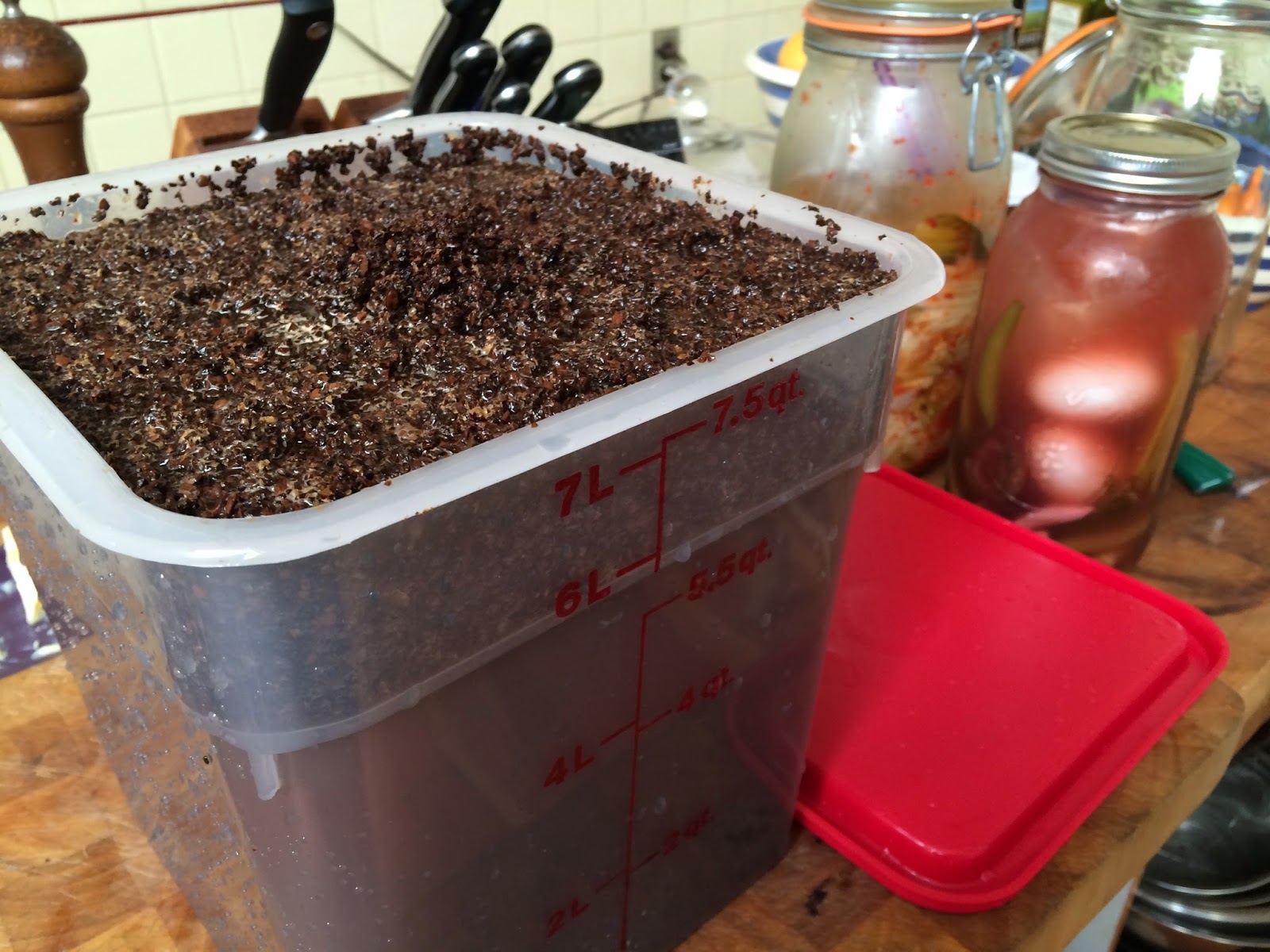