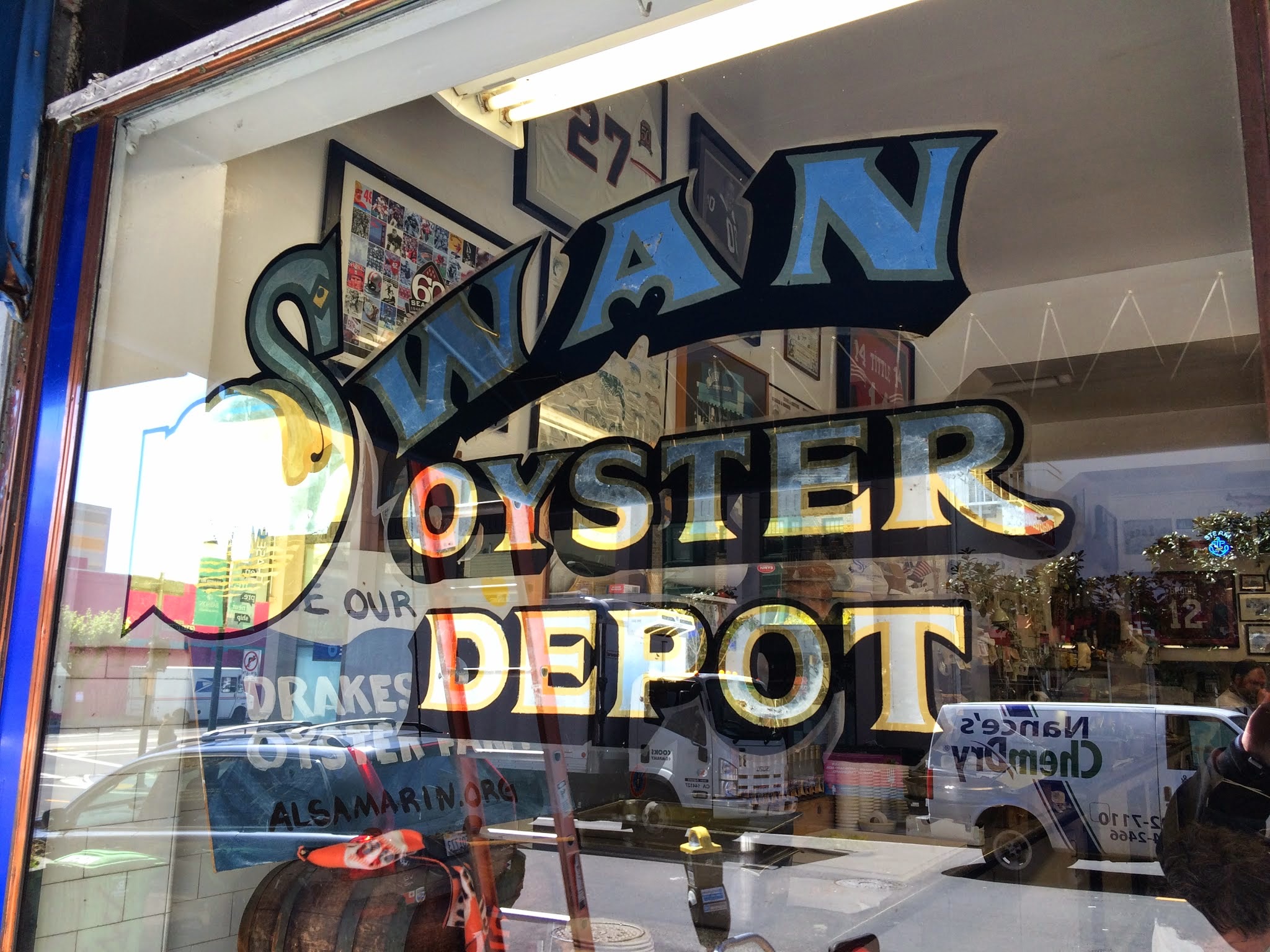 As seen on television!

Actually, as seen on a whole effing lot of television; to my mind most notoriously on television hosted by one Anthony Bourdain, a man mostly famous for being a smart-ass.

Now, I like Bourdain, I truly do. I have read pretty much everything the man has written including the famous New Yorker piece he wrote back in ancient times (fifteen years ago this month), "Don't Eat Before Reading This." Bourdain is showing us plebeian restaurant goers the seedy underbelly of the restaurant world. In writing the piece Bourdain is (ironically) responding to a perplexing plethora of newly minted television chef celebrities at the time: Bobby Flay, Emeril Lagasse, "hunky" Tyler Florence, you name it the Food TV line-up.

Fast-forward fifteen years and, well, Bourdain has long established his own bona-fides as a television celebrity (not even a "celebrity author" anymore). Grayed, a little older, a little wiser ... a father who has traded heroin for Lipitor™. Dare we imply it? A respectable sell-out? 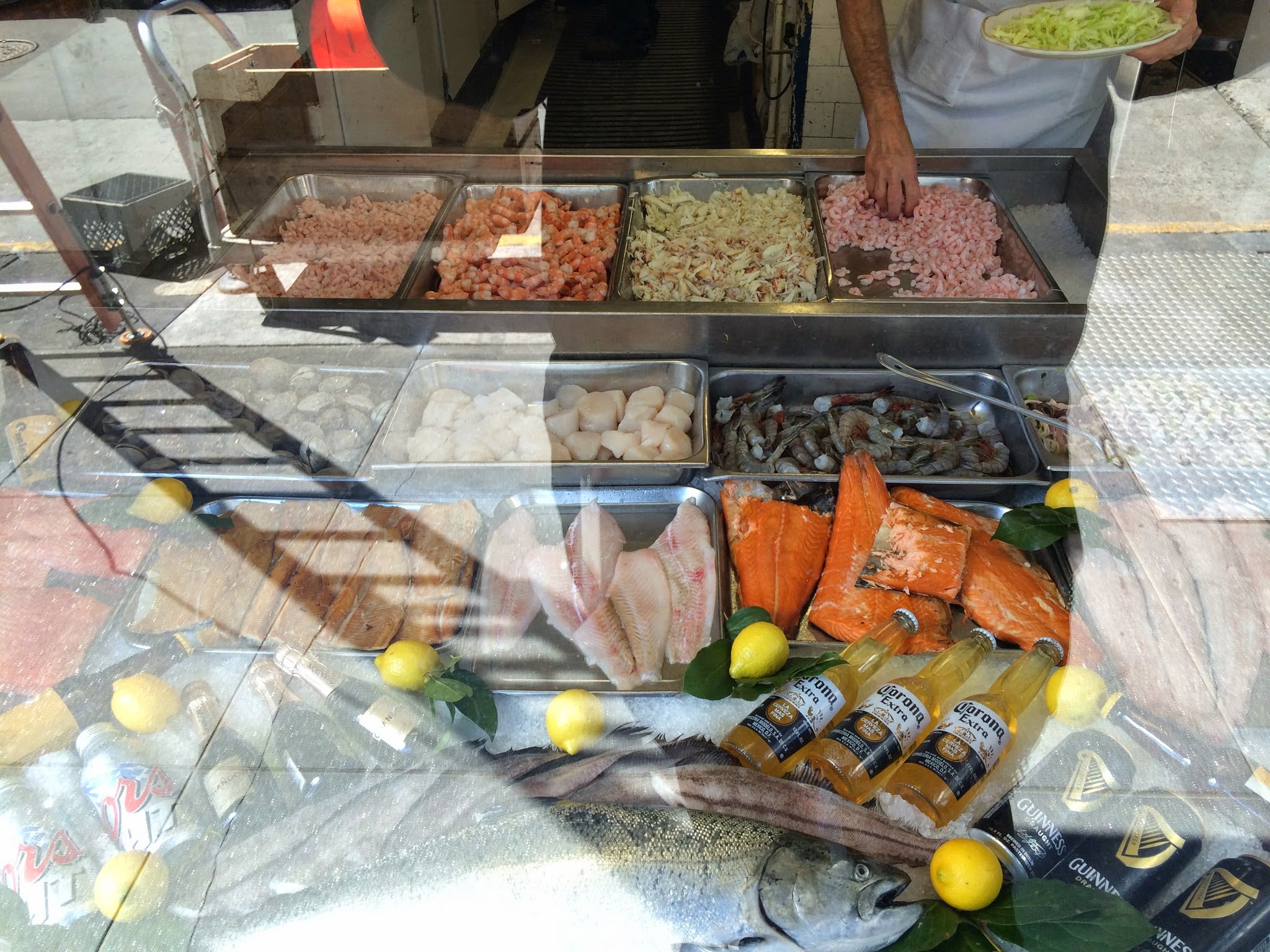 (It is worth mentioning that Bourdain is also a fiction writer of no small ability who writes breezy page-turning suspense novels that I still think should be optioned - at very least - independent films or BBC mini series; American television would only ruin the stories even in the age of Breaking Bad. I mean, look at what they did the last time they tried to take on fictional Bourdain. That said, the show to watch is Whites.)

It was Bourdain who is largely responsible then for keeping me away from the Swan Oyster Depot near the end of the California Street Cable Car line at Polk Street. Why? Because he so lovingly visits and revisits (and re-revisits in endless reruns on the Cooking Channel and Travel Network) the depot ... in so doing ruining it. 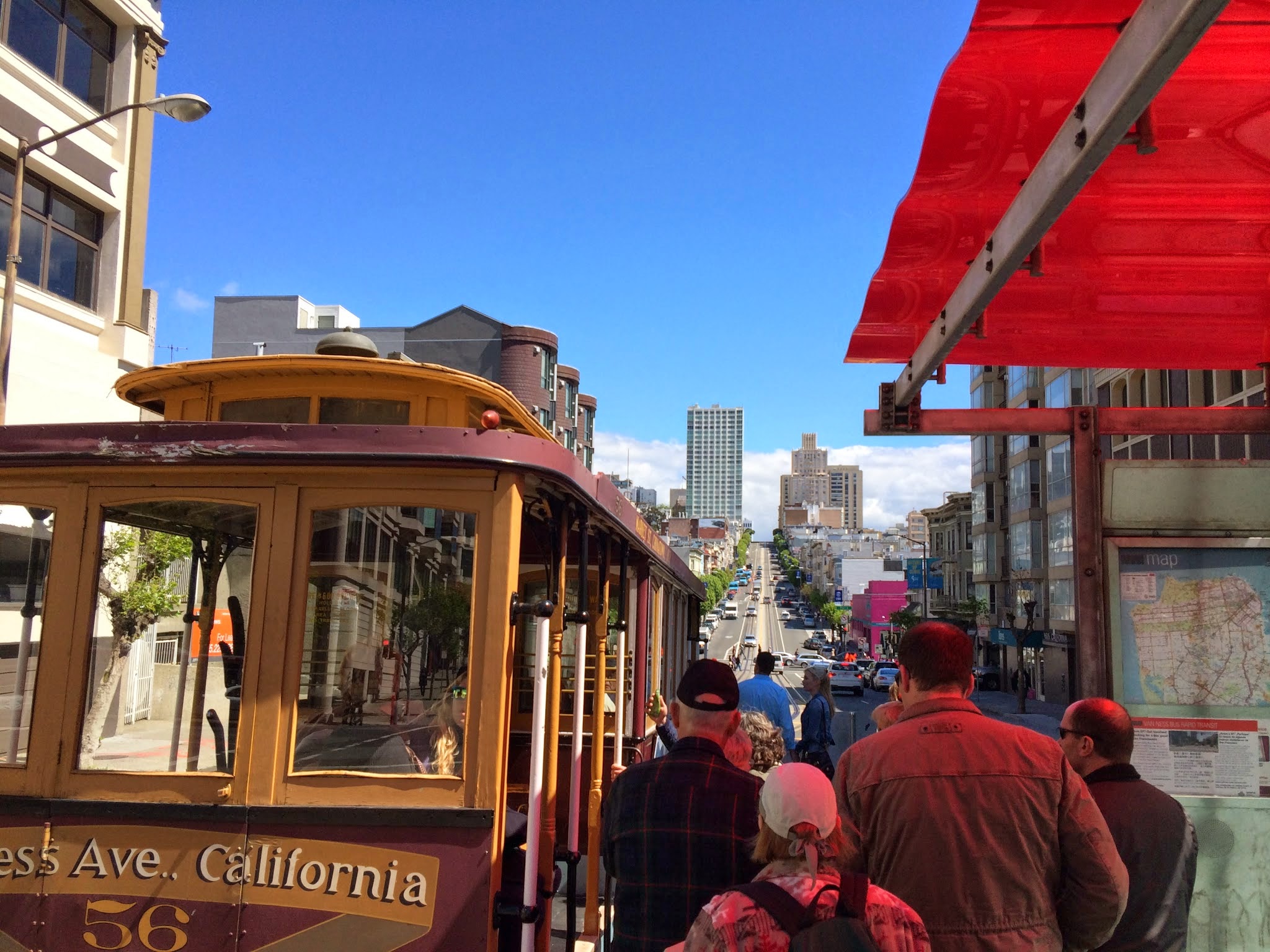 I was pathologically averse to even the thought of going to Swan Oyster Depot simply because the stubborn, stupid, hipster part of my brain (the part that still thinks its cool to wear a chain wallet and combat boots to work, the part that lets me be my most snide when commenting on posts of Facebook, the part of me that collects vinyl) simply will not let me go to a place that is "over" because "goddamned Bourdain ruined it."

Of course none of that is true - the depot survives and is a proud and stubborn hold out for "purity" in a city besieged by change (although the price for an oyster may be considerably more than when Bourdain first invaded, cameras and microphones in tow, over a decade ago). It was all in my stupid head. The back counter is a wet ship's deck of oyster liquor and shell detritus. Mismatched stools line the bar, where it is first-come, first-serve from open to close and remains cash-only in the day of food-truck Square-funded pop-ups advertised via Twitter. Swan has no web page. I forced myself to look at Yelp for a fleeting second to verify the hours of operation but I would not bet the farm on them staying open until 5:30PM any given day.

The daily offerings are exquisitely old-fashioned with the possible exception of the excellent house-made hot sauce consisting of "a little of this, a little of that" (reportedly chiles, lime, garlic, nam-pla and cilantro). The Boston clam chowder tastes exactly like a clam chowder ought to taste, with nearby bowls of oyster crackers at the ready. When available, line caught California salmon is served, cold smoked, on sourdough (this time of the year featured fish sourced from Vancouver). 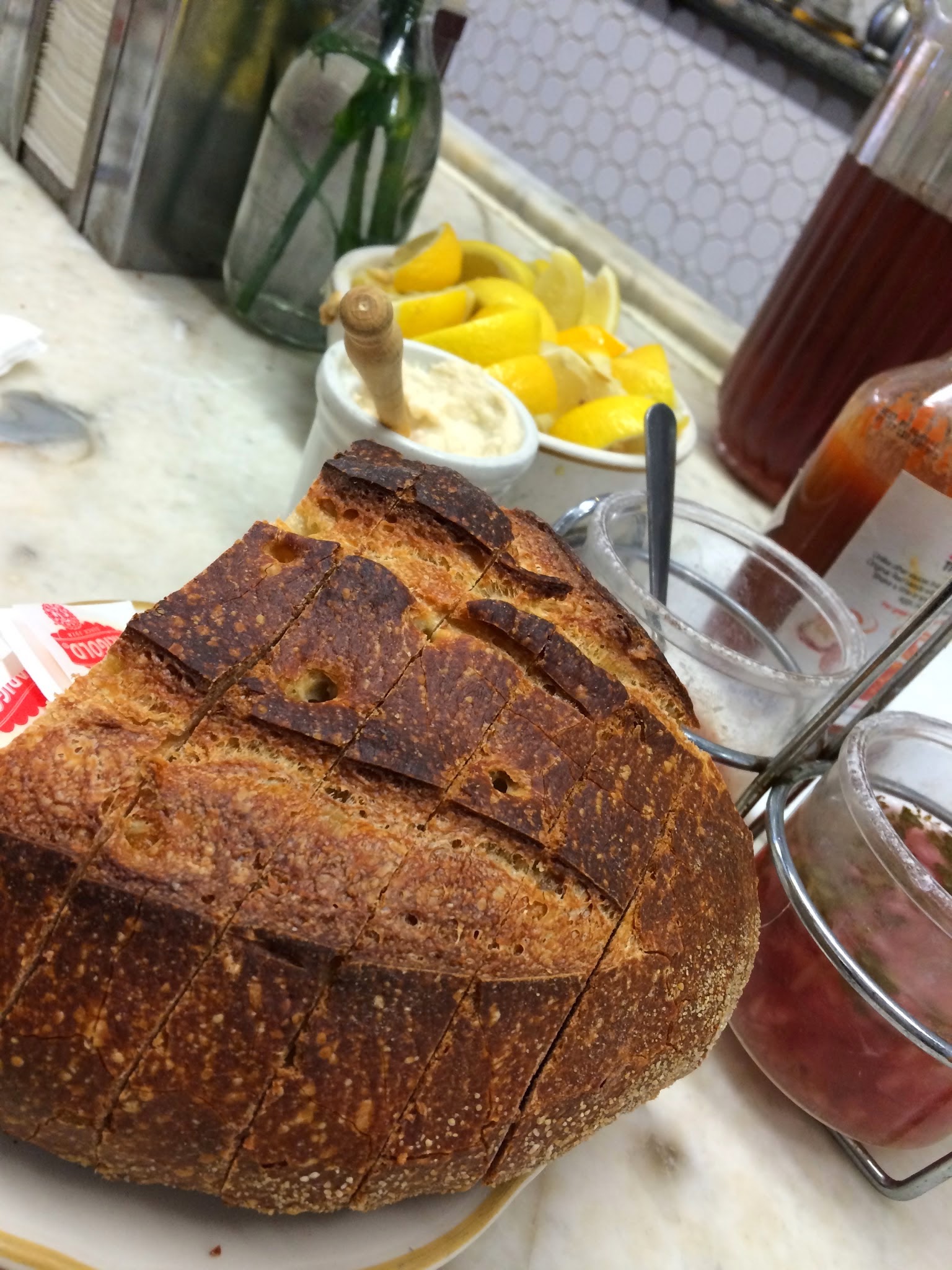 My lunch date and I were seated soon after arrival. Caveat emptor: during Dungeness crab season you'd be well advised to arrive early and expect to wait.

I suppose you should except to wait after the Travel Channel airs one of many episodes featuring Bourdain visiting the fair city by the Bay.

I can't fault Bourdain for loving the place, and in Bourdain I see a sort of kindred spirit as I write this, encouraging people to check out a place which I avoided because of its popularity, stupidly so. My wallet chain, his Bellevue tee-shirt, our mutual love of 1970s punk and our disdain for Guy Fieri...

...Why fuss over these tired tropes of "coolness," what does it matter when you have a dozen perfect oysters in front of you on a sunny day in the best city in America? * 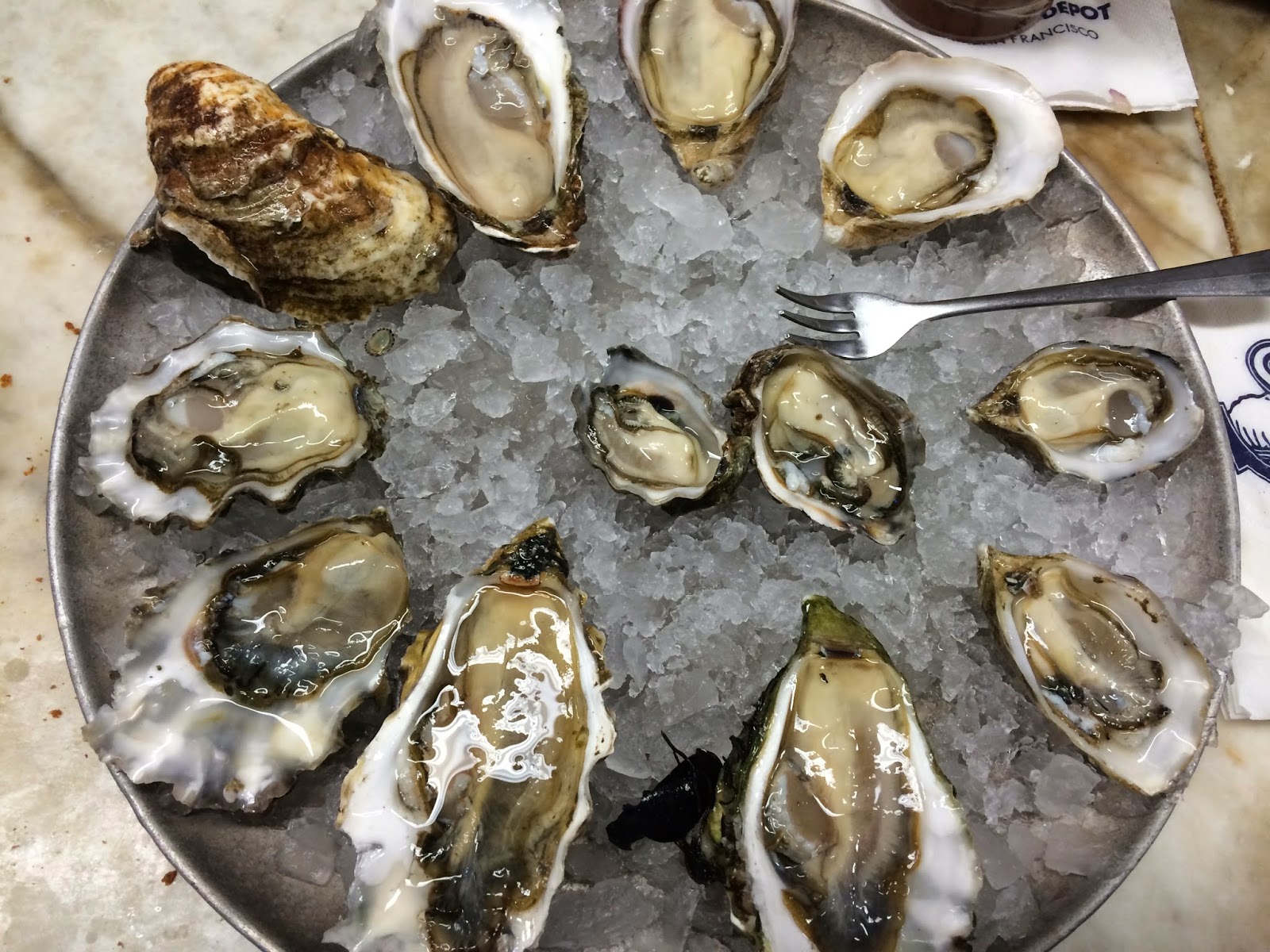