The Star on Grand

First of all, "deep dish" is not pizza. Come at me, bros.

Bread lasagna, bread casserole, pizza-like pie thing, whatever it is, it is tasty. But it is not pizza.

That said, I was delighted to sample the pie at The Star on Grand, right around the corner from our beloved Heart & Dagger Saloon in Oakland.

The Star is managed by friend-of-Chowbacca and all-around great gal, Stella Davies, and it was because of her that I had even heard of The Star. 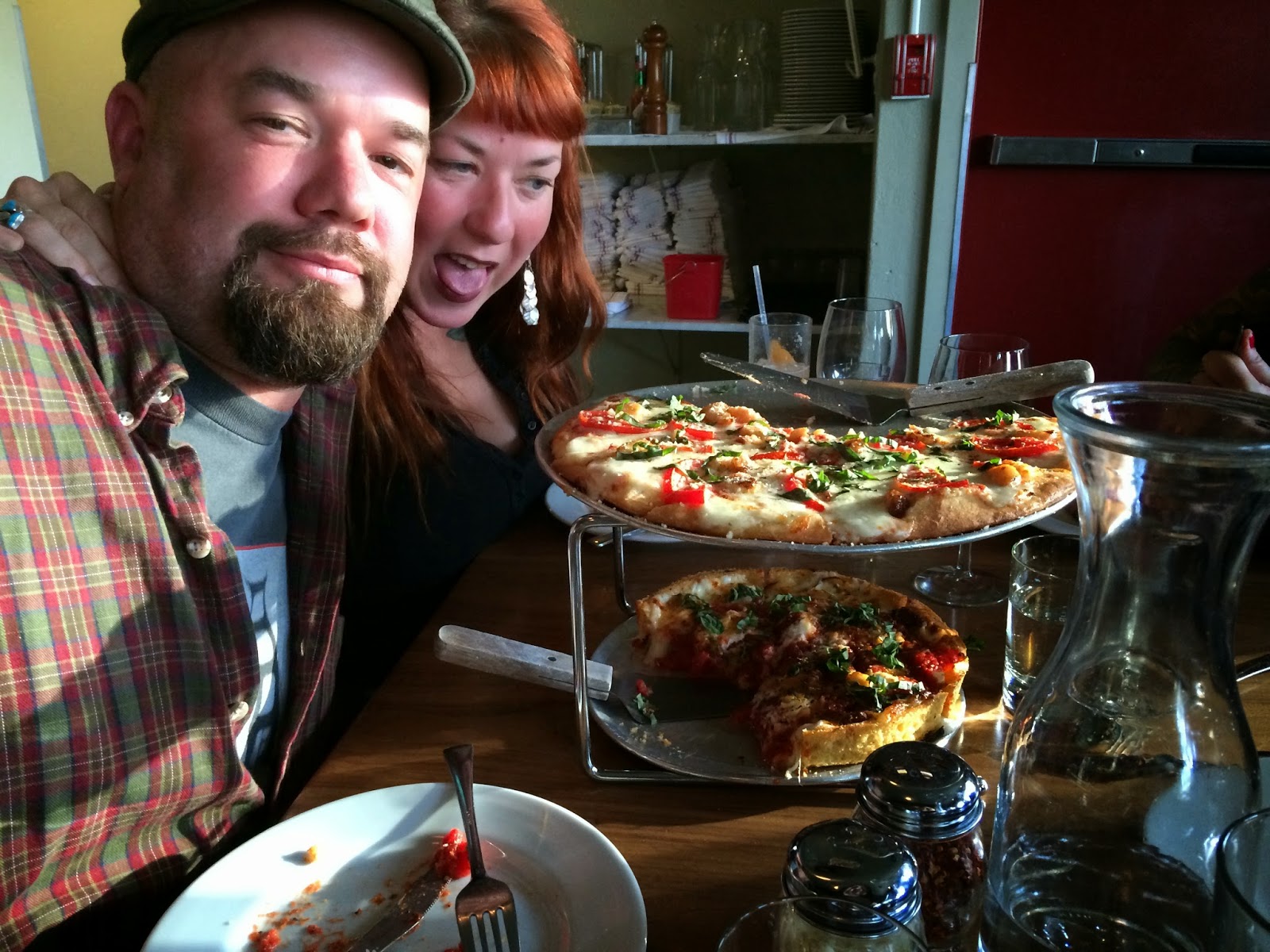 Mark my word, however, the food here is "stella" and the place will blow up.

I had antipasti (a selection of sopressata, marinated mushrooms and tiny mozzarella balls), chicken wings to start and a glass of the house red ($7, and pretty good – and a great deal).

I split a large "Golden Gate" deep dish pie with half of the Lev's Kombucha crew (TKM and #2, for long time followers - hi mom).

The sauce was rich and sweet, the meatballs were brimming with juice and fat and florets of ricotta adorned the top of the pie like decorations on a cake.

Of course, no one in Chicago would have confused the cornmeal dusted crust for their home-town delicacy. Cornmeal seems to be a west coast conceit. Still, the dough for the crust was the proper combination of flaky (from the addition of fat or lard) and chewy (from kneading and rising).

[ETA: From Stella, "Just a quick note: No fat or lard in the dough just GMO free soybean oil, and butter on the pan." (I knew there was some kind of lipid in the dough, in my defense.)]

Stop in, grab a slice, then head to Heart & Dagger for a much needed, well-earned shot of Fernet Branca.