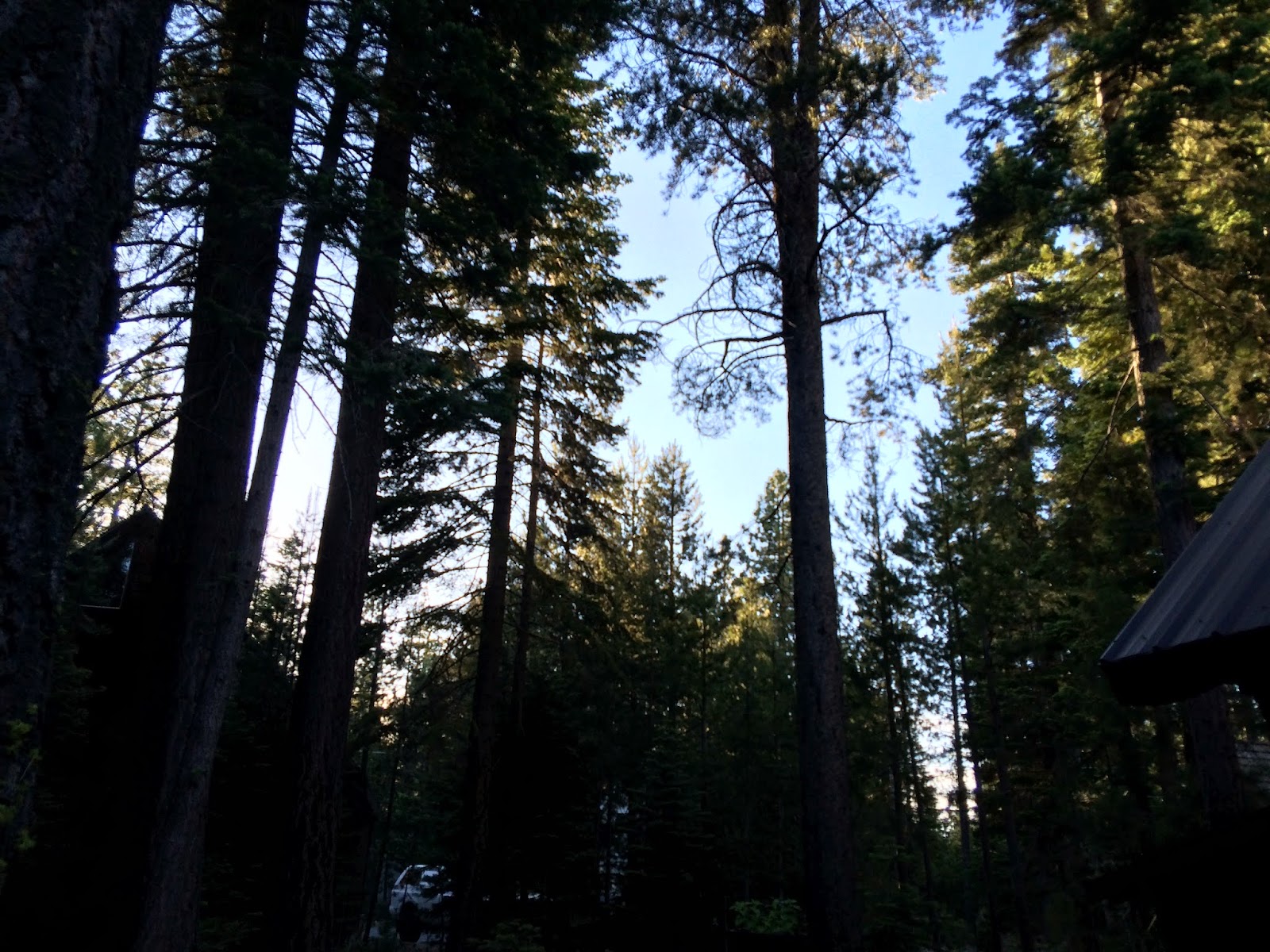 In Kyoto, Japan there is a Buddhist temple built into a hillside around a waterfall that empties into the valley below. The name of the temple is Kiyomizu-dera, meaning clean or pure ("kiyo") and water ("mizu").

I visited the temple in 1990 when I was 15. I sipped the cold clear water from the waterfall from a bamboo cup as is customary for pilgrims. I placed a 100¥ coin in a wishing pool and made the gasshō (two quick claps, then a bow with your hands clasped together).

Hundreds if not thousands of people visit each day, yet the temple is always pristinely clean and presentable.

Last month I took the train up to Tahoe to celebrate the Fourth of July. There I see a trail of SUVs clogging the highway from Truckee to Tahoe City emblazoned with "Keep Tahoe Blue" stickers and suddenly I'm struck by the contrast of this scene and Kiyomizu-dera.

Long lines of gas guzzling HEMI motors or ironically labeled "Hybrid" SUVs parade up the mountainside each July for Independance Day, clamor for beach spots, throw drunken parties, cut across the surface of the lake in their yachts, toss beer cans and trash to the side of the road and then leave again in a puff of exhaust back down to the Bay Area or Sacramento.

The locals walk down the roads with plastic bags gathering the detritus (a ritual not unfamiliar to me as I would do the same with my cousins and uncle on the road leading down to Lake George following "big weekends" like Independance Day or Labor Day weekend).

The purity of the water of Lake Tahoe is traditionally measured using the very scientific technique of attaching a dinner plate to a fishing wire and measuring how far they can drop it until the plate cannot be seen – the so-called Secchi Depth Test. Tests prior to the 1960s reached depths of over 100 feet, and is currently around 65-80 feet.

Certainly the Japanese are not blameless stewards of the environment – who condones whaling in this day and age? "research?" give me a fucking break! – but it seems to be a uniquely American trait to be the sort of person who would toss a crushed can of Coors out of a window of an SUV while surrounded by tall pines and vistas.

Mamasake
The Village at Squaw