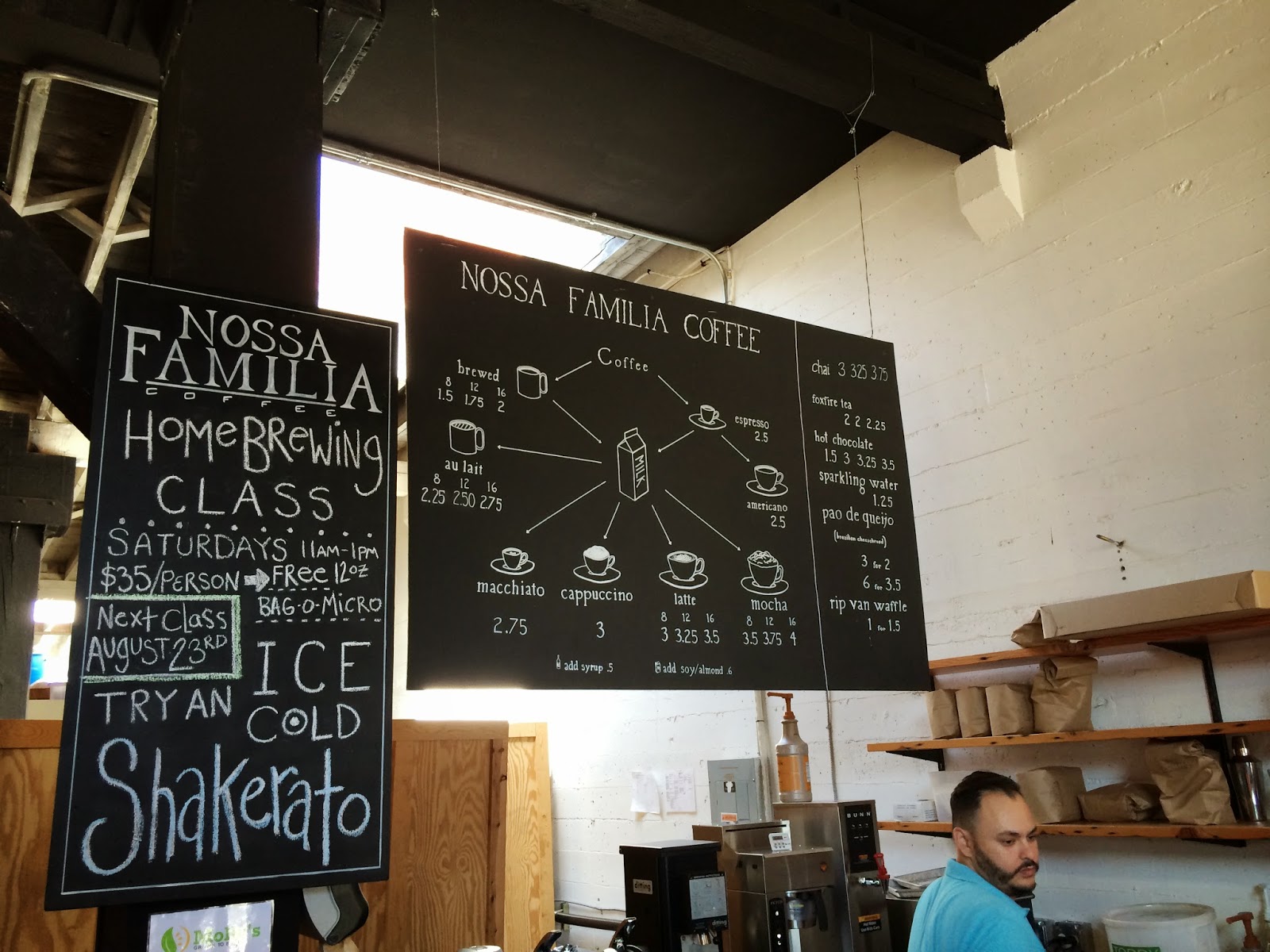 I'm re-watching The West Wing and so far I've made it to the middle of the second season where President Jeb Bartlett launches his reëlection campaign while under investigation by Congress for having concealed his diagnosis of remitting-relapsing multiple sclerosis.

His staff is feverishly trying to control messaging in the face of one crisis after another and the White House Communications Director, Toby Ziegler, is worried that the press will get too cozy and write "process stories" instead of focusing on the issues that the President and senior White House staff want to highlight in the election.

While this was airing in real time on network television back in 2001, the real press was mired in their own process stories leading up to our eventual invasion of Iraq in 2003. Instead of practicing journalism, our press at the time (and sadly to this day) is a sort of exclusive club where senior writers and editors enjoy perhaps too close a relationship with their subjects: governors, senators, senior staffers, lobbyists and power-brokers.

That's how the casus belli for Iraq was spoon fed to the senior writers and editors of the New York Times; had they been doing their jobs and not chasing "process stories" and "access" and instead doing their jobs then the tragic outcomes of our invasion might have been avoided.

Process writing might be bad for Washington, DC (although it sure does move paper), but it is good for things like science and industry where clearly process is important.

My sister Jenny is a freelance journalist and blogger with a pedigree of technical writing, grant writing and research, so she was a good pick to be dispatched to the ASIC 2014 Conference ("Association Scientifique Internationale pour le Café") recently held in Armenia, Columbia. She shares some of her discoveries in a piece published this week in Sprudge, a coffee industry blog.

Of course she and her husband Mike live in West Seattle, a metropolitan area that may be the most coffee obsessed city in America, if not the world (and home to the flagship Starbuck's franchise near the Pike Street Market). The subject of coffee is not new to Jenny, who has written about coffee both professionally and on her blog.

It was due to her access to the industry that her, Mike and I were invited to tour a Nossa Familia Coffee roasting facility in Portland's Pearl District last month on the tail end of a mini- family reunion to celebrate my father's 70th birthday.

Pictured below master roaster Rob Hoos explains (at a caffeinated pace) how his roasting machine works (a Loring Smart Roaster). Hopefully Jenny will feature an article about the machine, truly something out of Willy Wonka, because I glazed over when Rob was about ten words in like a Albanian goat herder might if I tried to explain how MongoDB replication works.

Thanks again Rob for the excellent toddy and the tour! Thanks Jenny for the access, can't wait to read the process story. 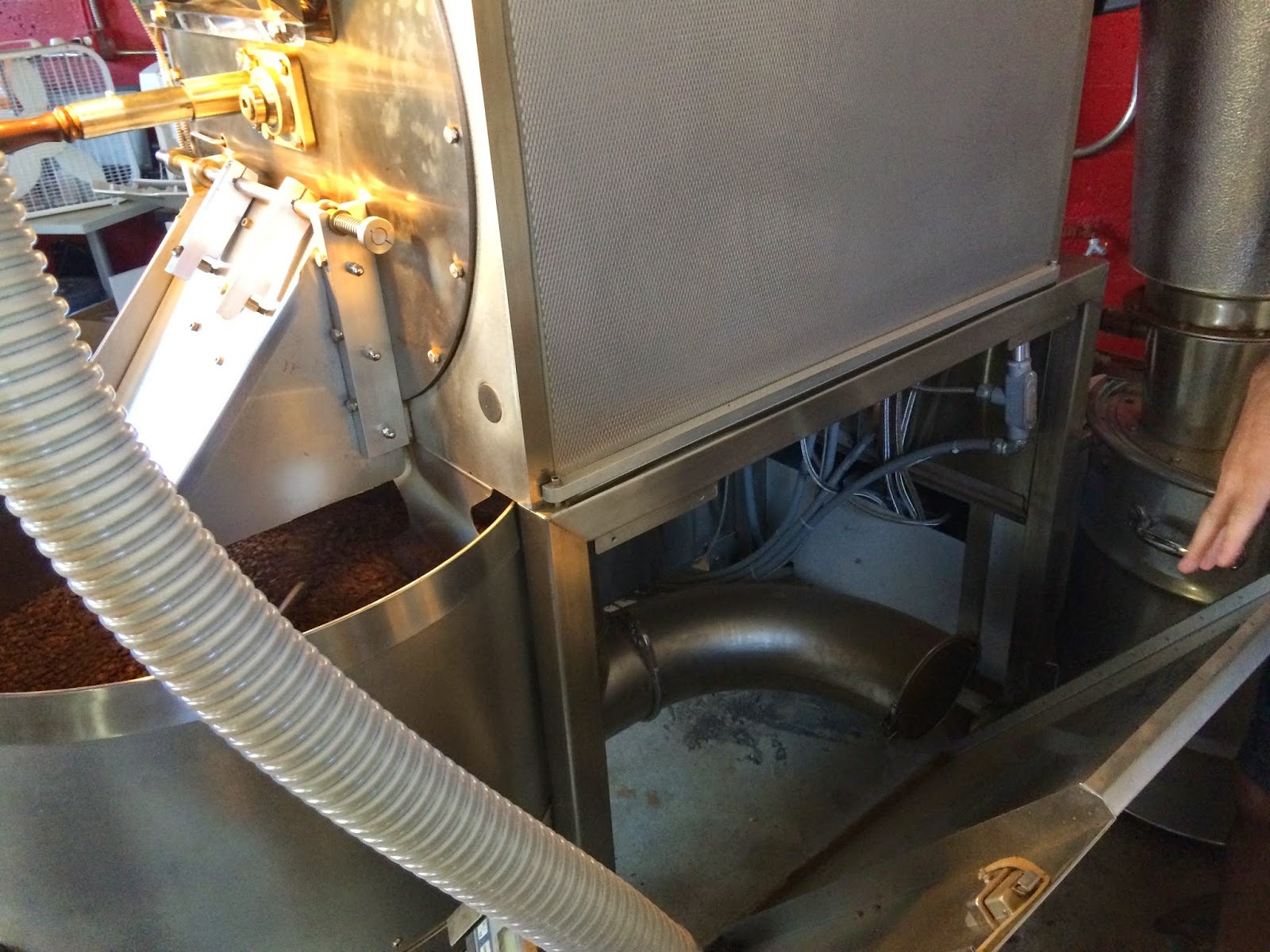 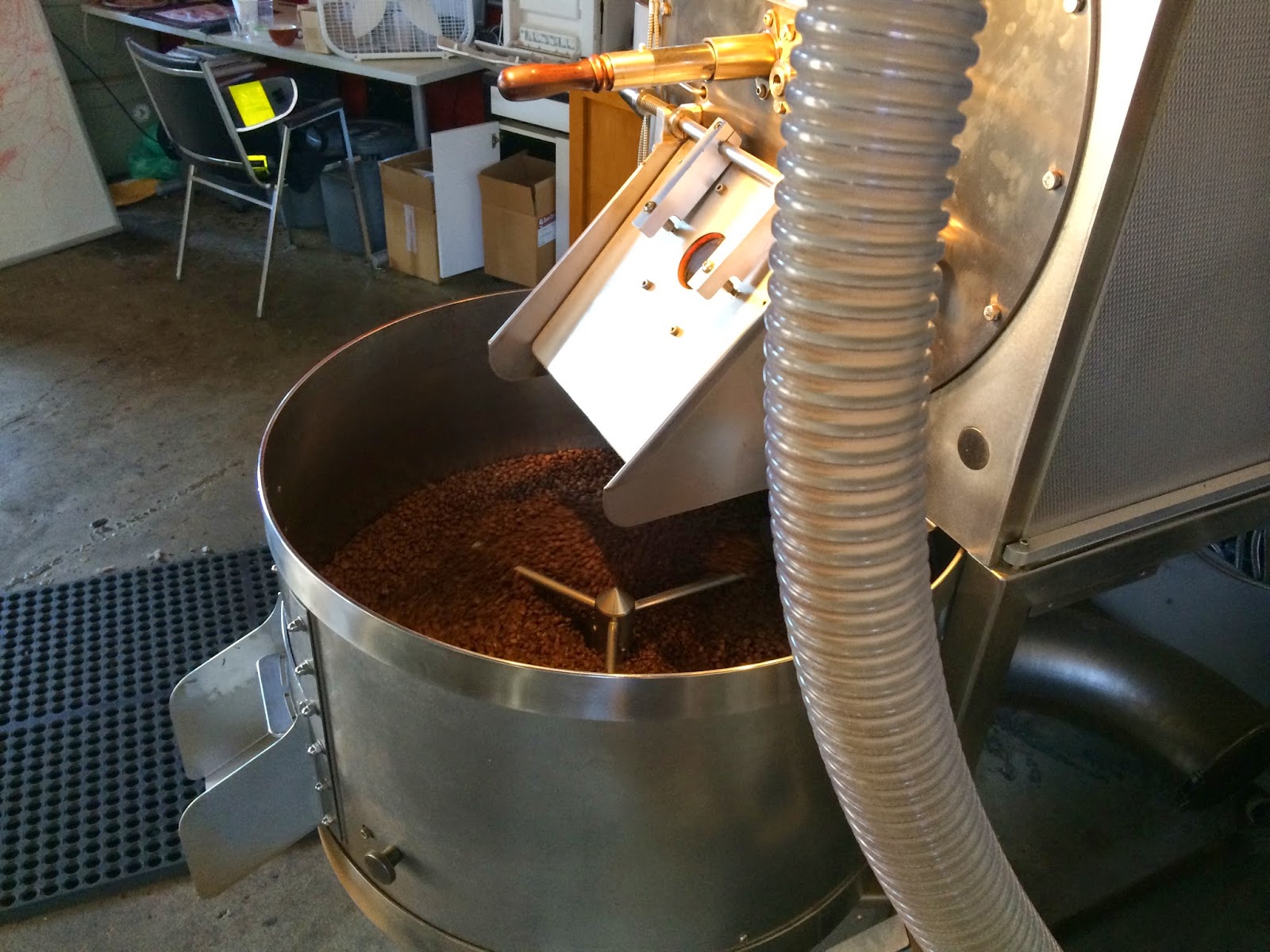 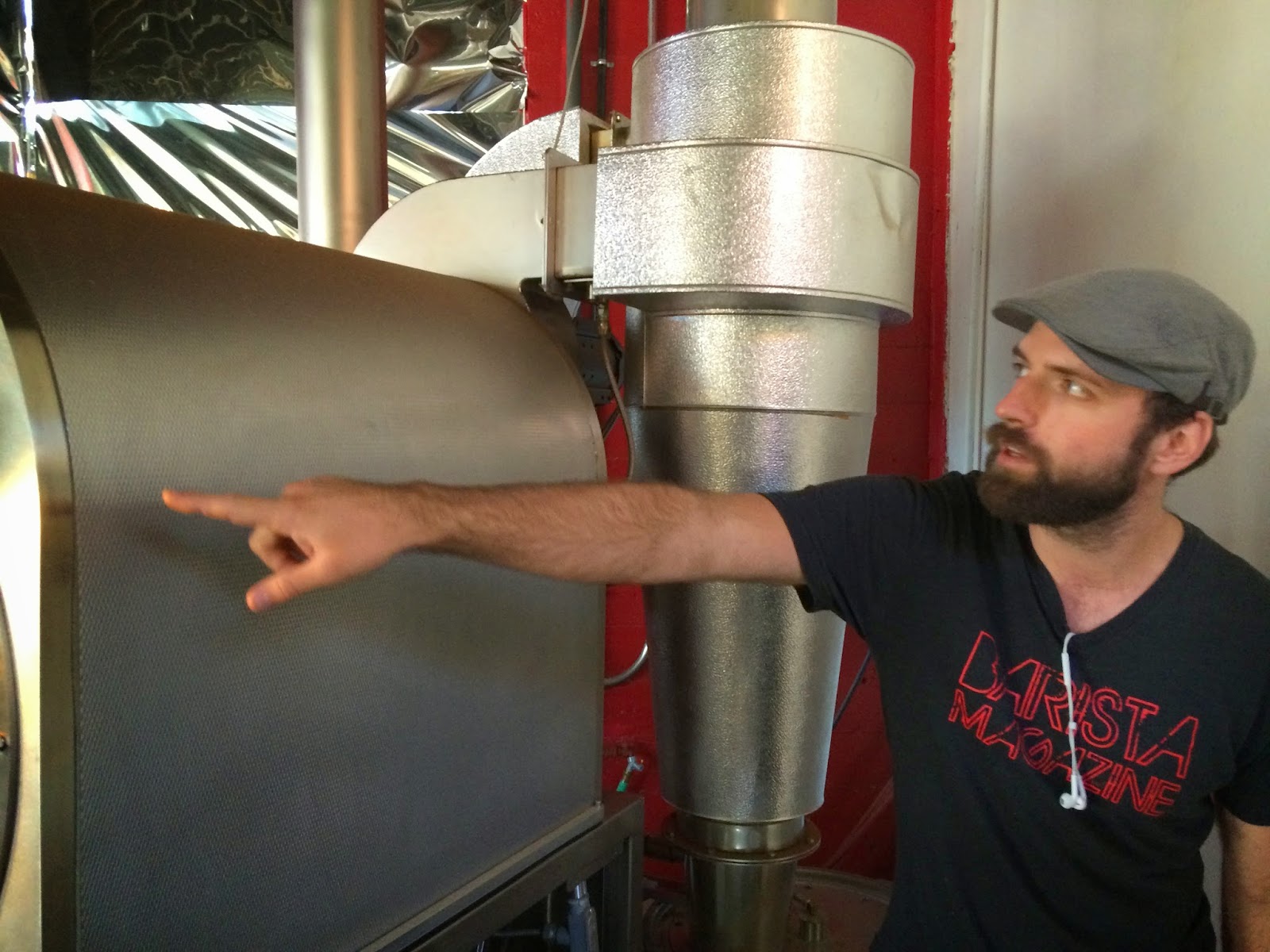 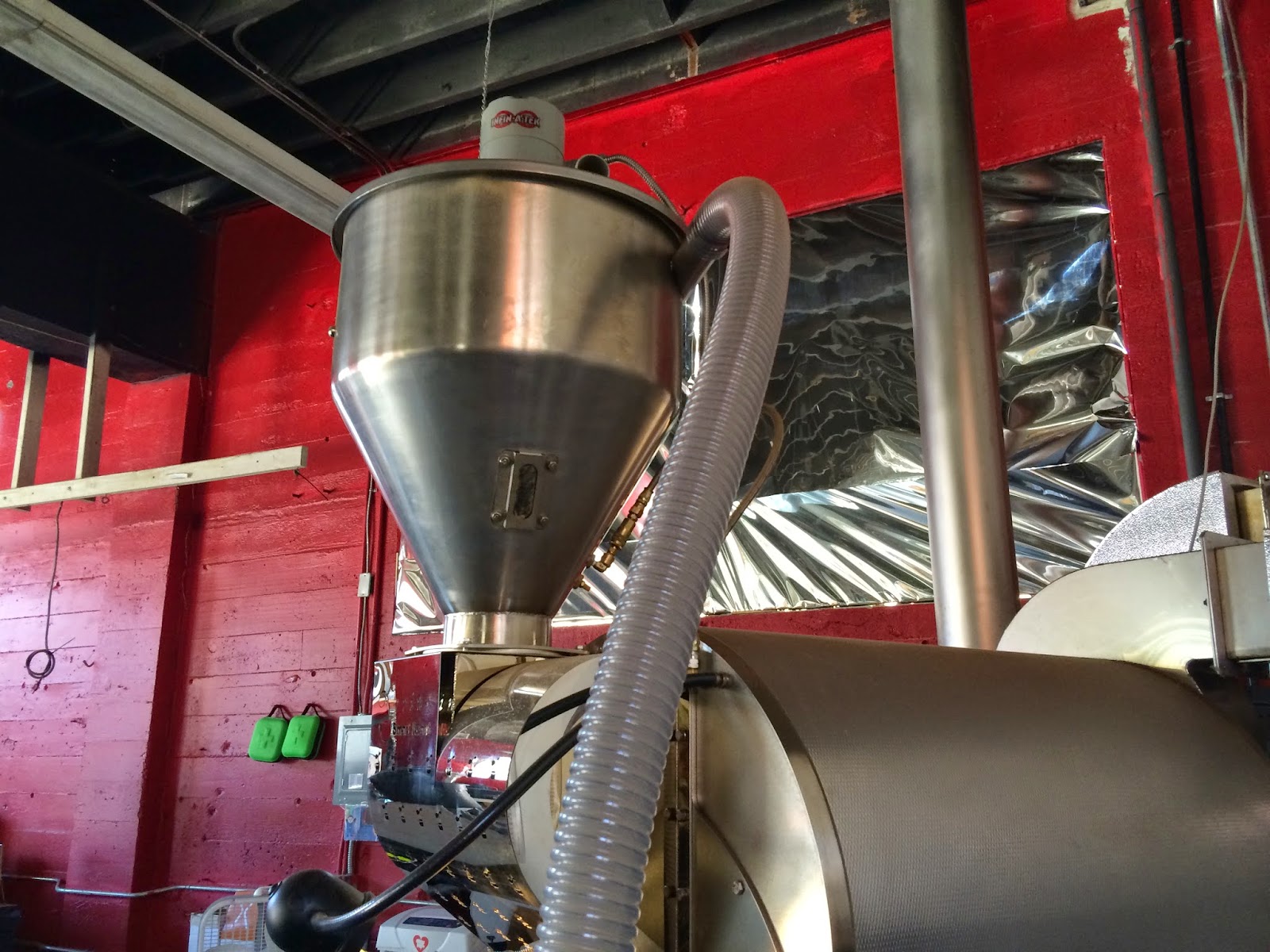 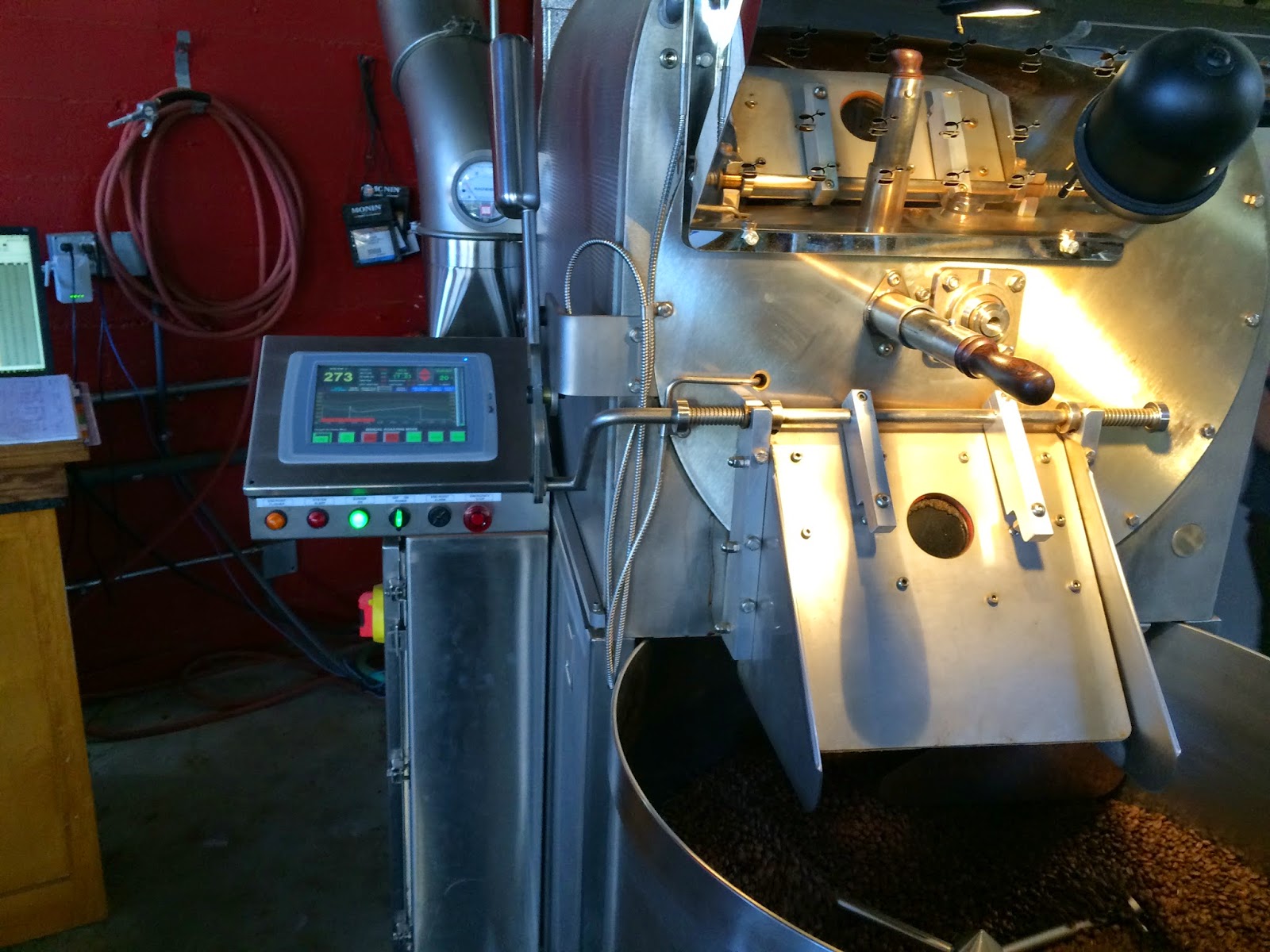 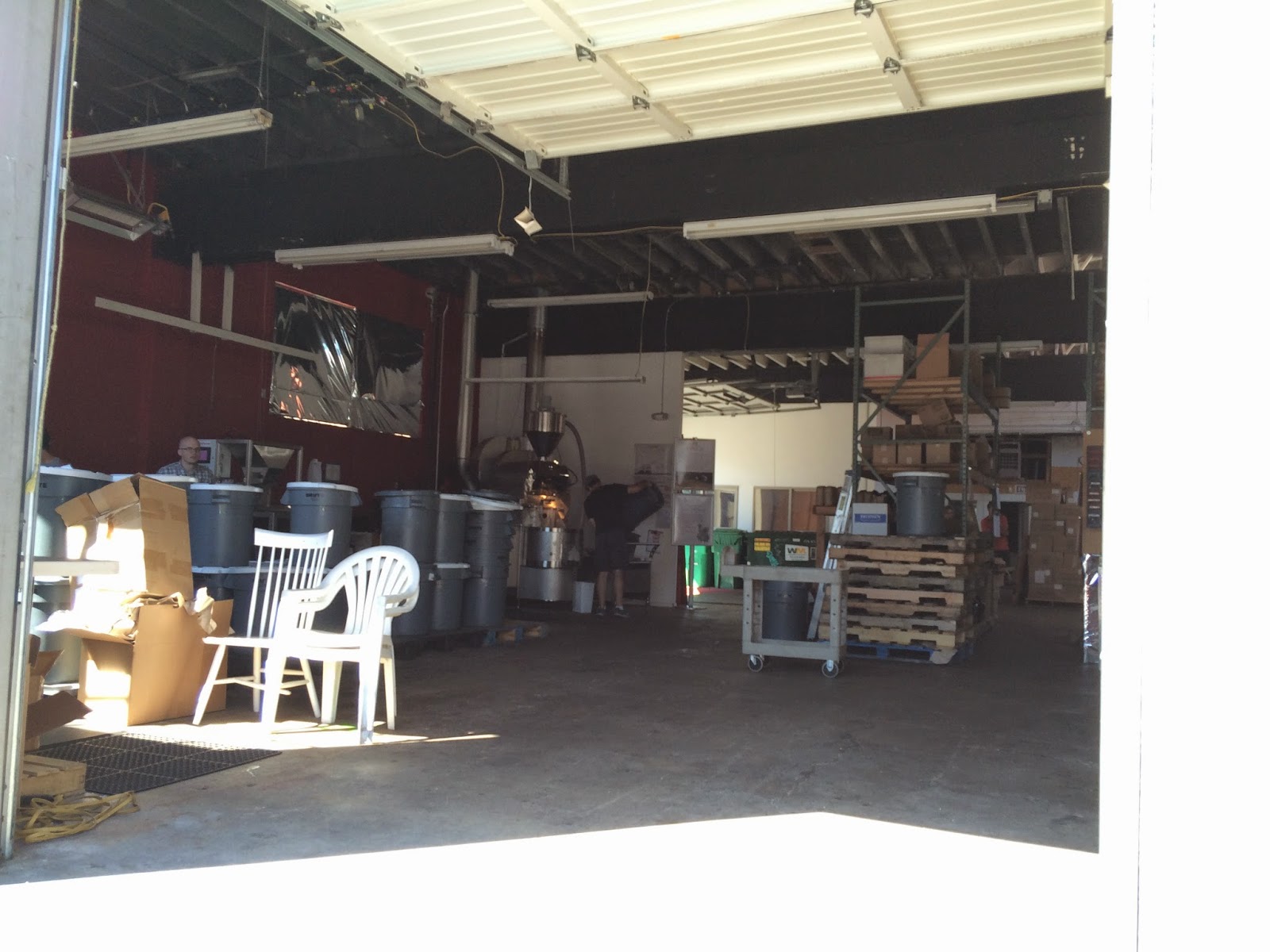