My wife was gifted a metric ton of limes at a time when our refrigerator was already full of limes intended for sacred basil and mint limeade. Did you know that the interior of limes freezes just dandy, but the exterior ends up looking like it has a skin disease? Fortunately I had zest-worthy limes in the fridge.

So, we had a lot of limes to get through before they went south. When life gives you lemons you make lemonade. When life gives you too many limes you make ... well, lots of things. This post is only the beginning. I'm currently down to about ten or so limes and still going. It's been an interesting challenge. My goal was to use every usable bit of all of the limes in as many ways as I could think of/had the time to do.

The first thing I did was used the lime juice mixed with rice vinegar to liven up some crêpes filled with julienned carrots and red bell pepper. This was served at dinner time with some some wild rice* I'd reheated in a skillet with avocado oil and cubed extra firm tofu that I'd marinated with some double black soy sauce that I'd picked up at 99 Ranch Market.

Earlier I'd made lime, lemongrass and sacred basil sorbet (see below) and was left with a lot of delicious lime pulp that I mixed with soy sauce and a touch more juice to make a dipping sauce for some skillet-cooked shrimp to go with the crêpes and rice.

For dessert I'd made some lime, lemongrass, and sacred basil sorbet using Jamie Oliver's recipe except doubled and I'd added lemongrass to the mix. I also put lime zest into the boiled sugar water along with the lemongrass and sacred basil puree (which the Wee Wonder did a great job of mashing). It came out dandy after some tweaking of the sugar and salt to deal with the bitterness that a couple of the limes had brought to the party.

Next I made some delicious coconut, lime, and shrimp soup with tofu. More on that next post.

Wild rice is actually a grassy cousin of Asian rice. 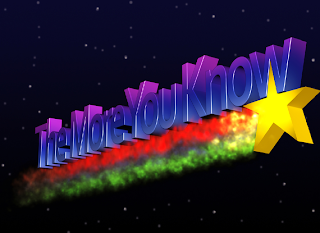