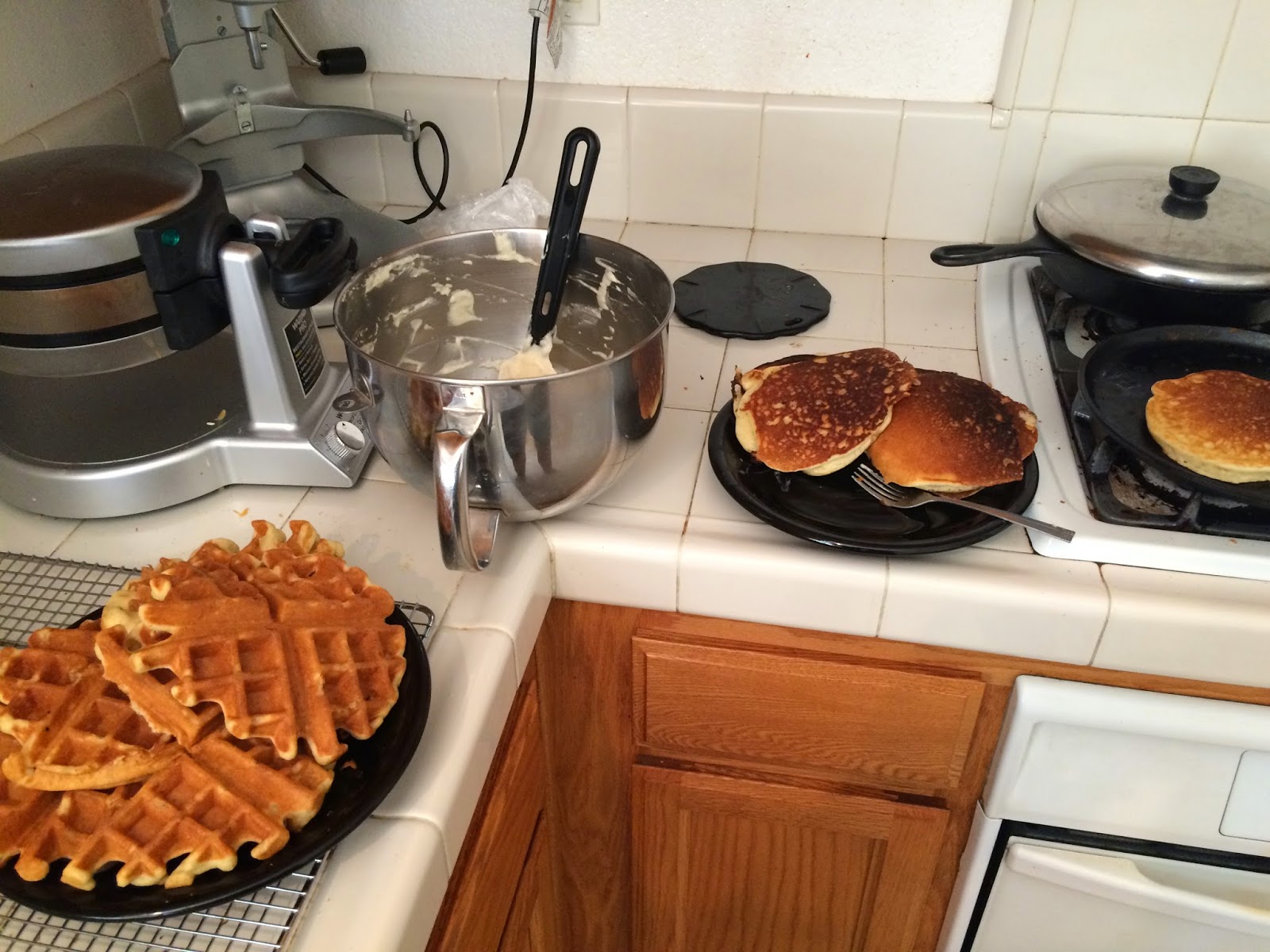 "Hey... so I'm making the waffles with rice flour, but this recipe does not look right," I told 99% Bittersweet as her 20-month old pawed at my iPhone.

Cooking for a while means that you get a sense of ratios, and the ratio for pancakes is anywhere from 1:1:1 four, eggs and milk to slightly more eggs if you want your pancakes to stand up, a little more milk for a moister pancake, a little more flour for a "fluffier" pancake.

"The only thing is that whenever I make pancakes or waffles with rice flour is that they tend to be a little gummy," 99% Bittersweet.

I set about experimenting. Measurements are approximate.


Separate egg whites into a clean metal bowl and add 1/8th teaspoon of cream of tartar (powdered tartaric acid, which will help the whites set).

Add yolks, cream, milk, salt, sugar, remaining cream of tartar and vanilla and beat to mix. Add flour and mix until smooth but do not overwork.

Reserve the baking soda until the last minute.

Beat eggs with a balloon whisk until you have medium firm peaks.

Working in 3-4 batched, fold the whites into the flour, yolk and milk mixture, working with a large rubber spatula from the bottom of the bowl up and over the whites. You do not have to be super diligent about mixing in all of the whites evenly.

When you are on the final batch of whites, fold in the baking soda as well.

The soda will react with the tartaric acid in the batter to form carbon dioxide, which along with the egg whites gives your batter "lift."

Use a home waffle iron to bake the batter or spoon onto a griddle to make pancakes.

I would use a lower temperature and longer cook time on pancakes to allow them to set throughout before flipping.

Make them ahead of time and reheat on Thanksgiving for a no-fuss breakfast.