Do Do That Food-oo You Dodo 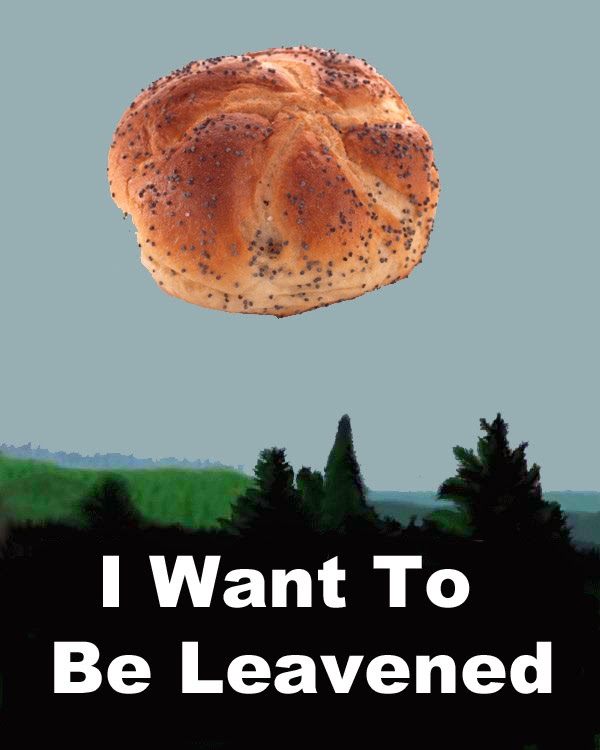 Recently I was having Italian food with family at a local restaurant. Behind our table sat a couple that looked as if they might be in a "getting to know you" first date situation. I didn't think much about them at first. He looked so normal as to almost be invisible. She was obviously entering an "Ugliest New Age Sweater" contest after their meal. Once they were seated even her ghastly sweater vanished from my mind. That is, until she said these words:

"I only eat spiritually-based foods."

I tried to wrap my head around whatever was stuck in the middle-aged white lady gift shop dreamcatcher of her mind. "Spiritually-based foods". No, I hadn't misheard her. Aside from my family's table there was only one other two-top in the place and they were seated on the opposite side of the restaurant. I'd heard her loud and clear, but what, exactly, were spiritually-based foods? A faith-based muffin? Hope-filled pancakes*? Had this yin-yang asked that her pizza crust be unleavened like some biblical flatbread smothered in three cheese-us and Pope-eroni? Had I missed something on the menu among the pastas and pies? Was there some Levitical appetizer that I'd overlooked?

How is spiritually-based food even possible? The existence of anything substantial that had spirituality as its basis must be miraculous. Surely if droves of believers show up to see a piece of toast burned with the visage of their favorite deity then a pizza joint featuring spiritually-based foods should have a bouncer and a velvet rope.

Of course, she'd probably had no idea what it was that she was saying. I'm sure that she's just another New Age Hippy without a clue that hadn't come from an "I heard" conversation with other New Age Hippies over a communal juice cleanse at a hot spring. No doubt, whatever spiritually-based foods may be, they make just as much sense as her celiac-unafflicted self stocking up on gluten-free water and salt for the day that the Raëlians are called home. I'm sure that her previous Internet date had been subjected to a detailed account of how wonderfully Paleo-Veganism was going for her. It is Orange County, CA, after all, where fads are the road to eternal youth. You just gotta believe.

I hope that she didn't try to pay the bill with karma. I hope that her date ran like hell.


*H/t to my Wee Wonder for this wisecrack. She's a crack-up.

When I was through cracking wise, I Googled "spiritually-based foods. It turns out that what she must have been referencing, incorrectly, was a diet plan from one of the many factions in the decades-old Christian Weight Loss industry. "What Would Jesus Eat?" Probably not a four-cheese pizza, StarFawn.