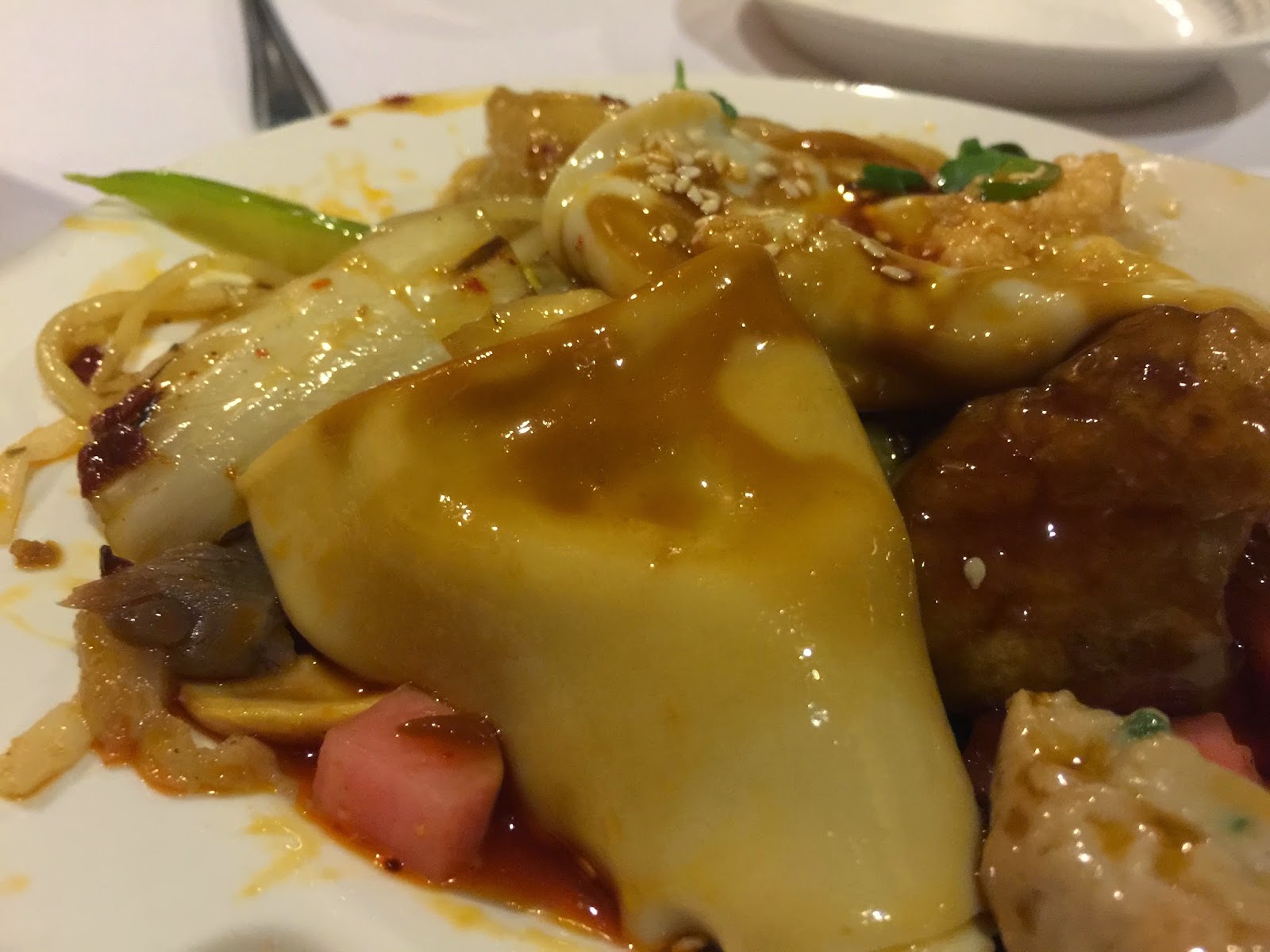 When I say Cleveland has surprisingly great Chinese food I am not exaggerating. I am consistently surprised at just how good the Asian cuisine is in general and the Chinese food, especially just on the outskirts of downtown Cleveland in the Asian commercial district near East 30th Street and Payne.

Just the other day, as my lips swelled to baboon-in-heat size and redness after finishing some dangerously spicy cold sliced tripe dressed in Szechuan peppercorn oil I remember thinking to myself: "I haven't had something this good since the last time I had Mission Chinese Food..."

Mission Chinese Food is of course the hip place for "Chinese" food in the Mission, SF (and now Brooklyn and Paris). It is the brainchild of a South Korean-by-way-of-Oklahoma millennial chef named Danny Bowien.

While I freely admit to worshiping at the temple of Bowien just as anyone who has tasted his clever updated takes on traditional Chinese classics, Bowien himself clearly seems to worship at a much older temple – the temple of traditional Chinese cuisine made for the Chinese palette, not the dumbed-down American versions of Chinese dishes that are representative of take-out menus shoved into mail slots, attached via rubber band to front gates and littering vestibules.

Much of this dross has been canonized by Californian Chinese restaurants during the 40s and 50s, much of it is not anything any native Chinese would recognize as Chinese food: fried egg rolls, crab (or "krab") rangoon, gummy pot stickers, chop suey and even the ubiquitous fortune cookie (invented either in LA or San Francisco, same as the rangoon, depending on whose story you believe).

Maybe it's time to admit that unless you go out of your way in San Francisco (for instance, braving the line to wait for Mission Chinese – or better still, heading out to the Avenues where tourists rarely stray), the Chinese food is pretty bad.

I'm spoiled though, I'm from Cleveland. 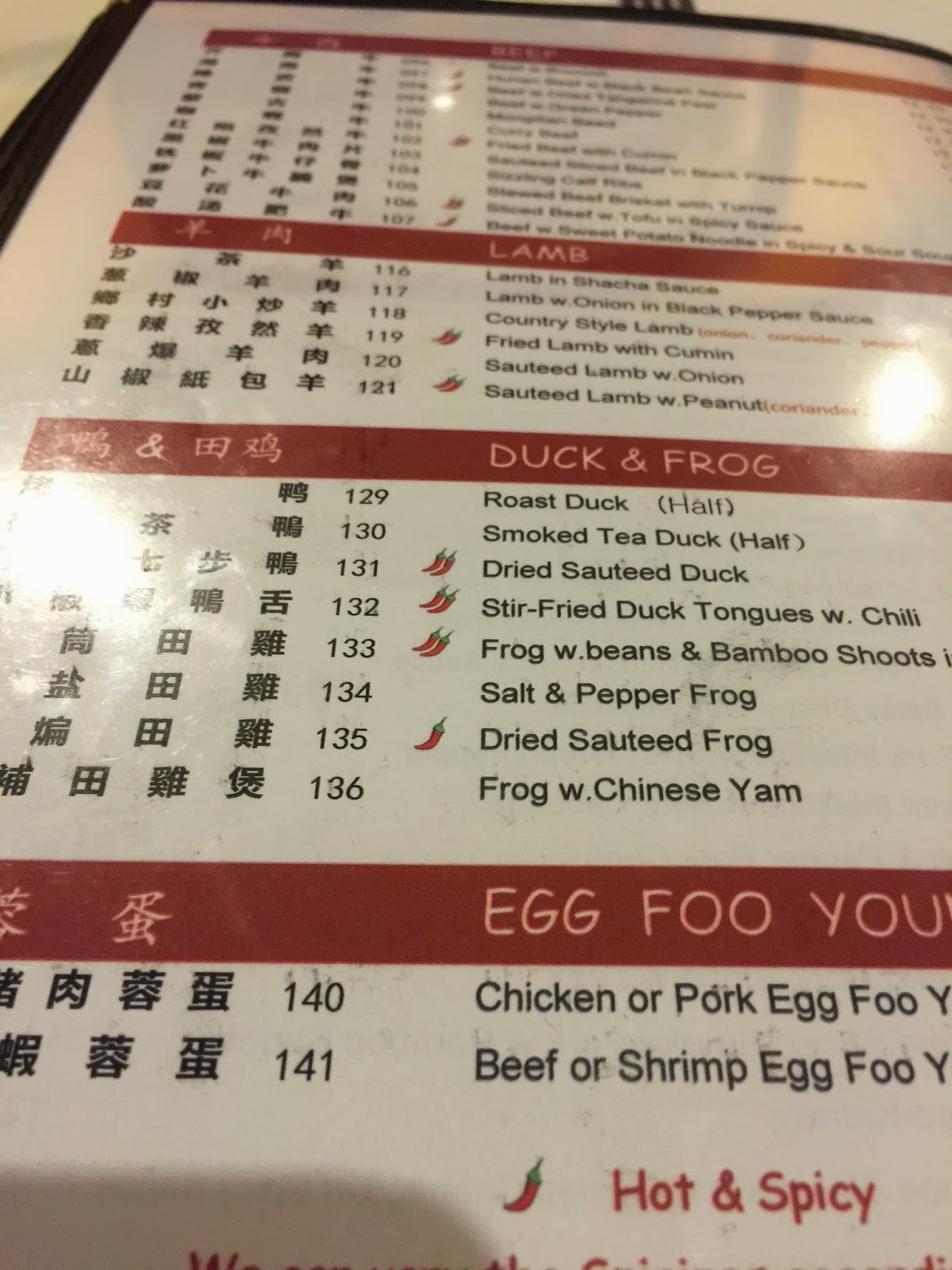 We were seated in a private banquet room, our party was about 20, on the occasion of one Erich Lasher's birthday.

Our young waiter had an extremely limited English vocabulary, and our party was all gwei-lo. He knew the words for "water", "noodle" and several unfortunate domestic lagers, but ordering was mostly pointing at things on the menu - Mandarin on the left, and English on the right.

One dish we ordered was not on the menu, a stew of fresh-water fish (possibly Tilapia or Perch). Our friend, who goes by the moniker Turkish, saved the Chinese ideogram for the dish on his cell phone so he could show it to the waiter, who nodded and smiled and produced the stew served in a clay pot with a rich and spicy garlic broth.

Other stars of the meal were hand rolled noodles dressed with a sauce of black beans and minced pork, the lamb stew, various dumplings and a cold plate of intensely spiced tripe which had our tongues tingling for quite a while after eating.

Of course, tripe is not for everyone and neither were the fried duck tongues, a favorite for Erich but not for me (duck tongues contain a set of small bones, and I found it cumbersome to remove what little meat there was and spit out the bones). Had the tongue been prepared in the manner of braised chicken feet I may have found the experience more pleasurable: sucking gelatinous meat and tendons from off the bone.

Of course, there are those who are squeamish about chicken feet, but if you enjoy Buffalo wings you are essentially enjoying the same experience (and probably paying a premium for what was once throw-away scraps in America until some genius figured out how to douse them in hot sauce and sell them to drunk sports fans).

I suppose there's no accounting for taste.

Utterly full of food, we waited for a check for quite a while until someone flagged down our server.

There was a bit of ad-hoc sign language to negotiate paying the bill (apparently they will deliver it to the table but it is up to you to bring it to the cashier).

The bills, split evenly between the two main tables of ten each, came out to slightly more than $20 per person.

You certainly won't be finding Chinese food this good at Mission Chinese for that price. 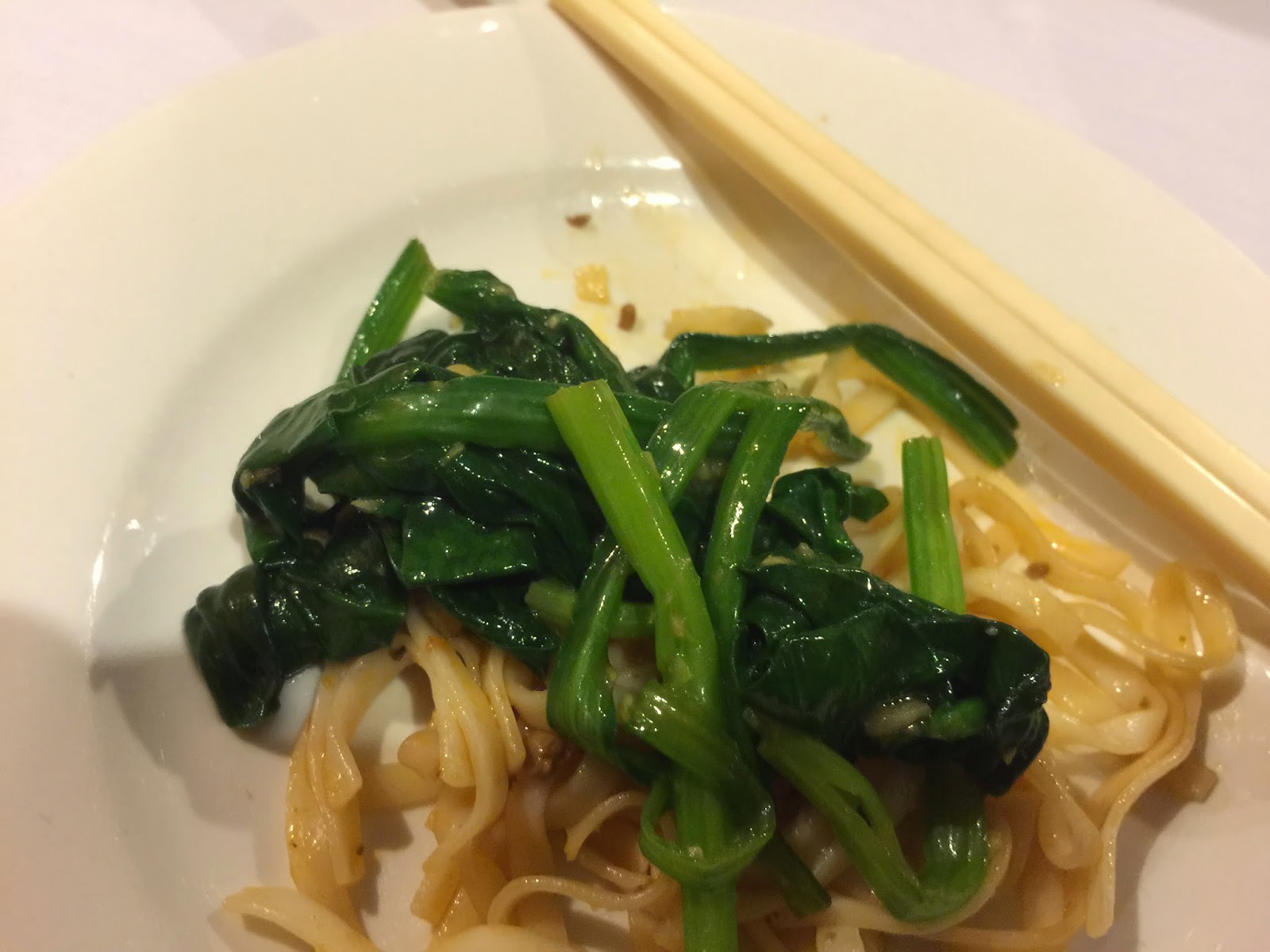