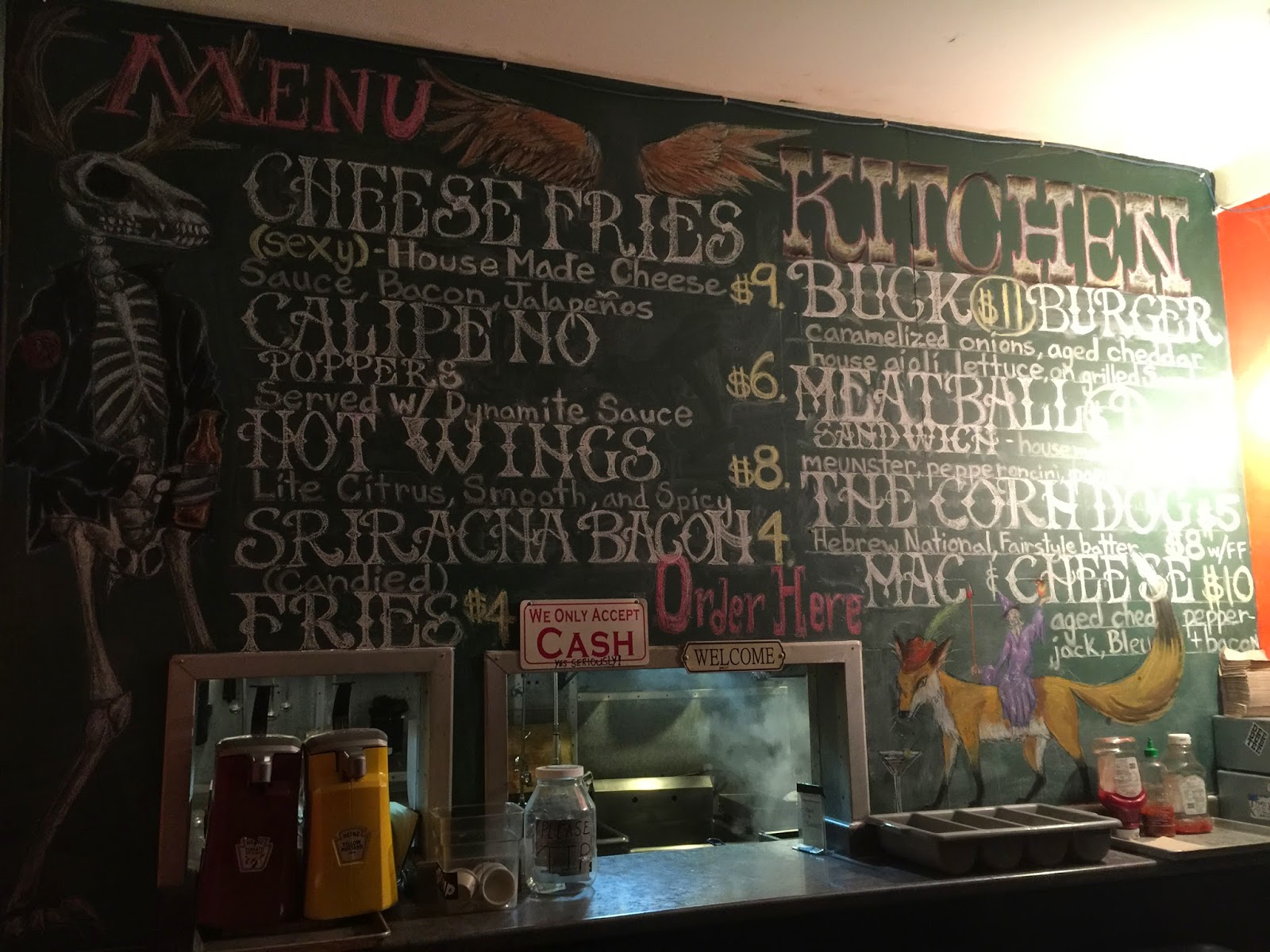 Jex and his girl were in town recently for a wedding, but instead of going out to drink in the Mission as per usual he was persuaded by a few mutual friends living in the Richmond district to head out there for a Skee-Ball tournament.

Our buddy Triv leads the local Brewskee-Ball division, a "sporting" league that was almost litigated out of existence after the owners of Skee-Ball allegedly reneged on a handshake deal allowing the league to use the name "Brewskee-Ball." This controversy was eventually settled out of court, and Brewskee-Ball gets to live another day.

It was league night that night at The Buckshot Bar & Gameroom, an early incarnation of the now trendy "barcade" phenomena. The earliest mention of Skee-Ball in relation to the Buckshot is 2010, putting it ahead of the curve by a solid three years. "Gameroom" in the bar's moniker is a bit of a double entendre, probably originally referring to the vast array of taxidermy on display. So before it was a "gameroom" it was a "gameroom", get me?

Over the phone I was promised breaded, deep fried bacon but upon arriving I discovered that was no longer available. I then attempted to order corndogs, 86, and a meatball sandwich, also 86. Jex and I ended up splitting cheese fries topped with a sort of Welsh rarebit sauce and hot wings. 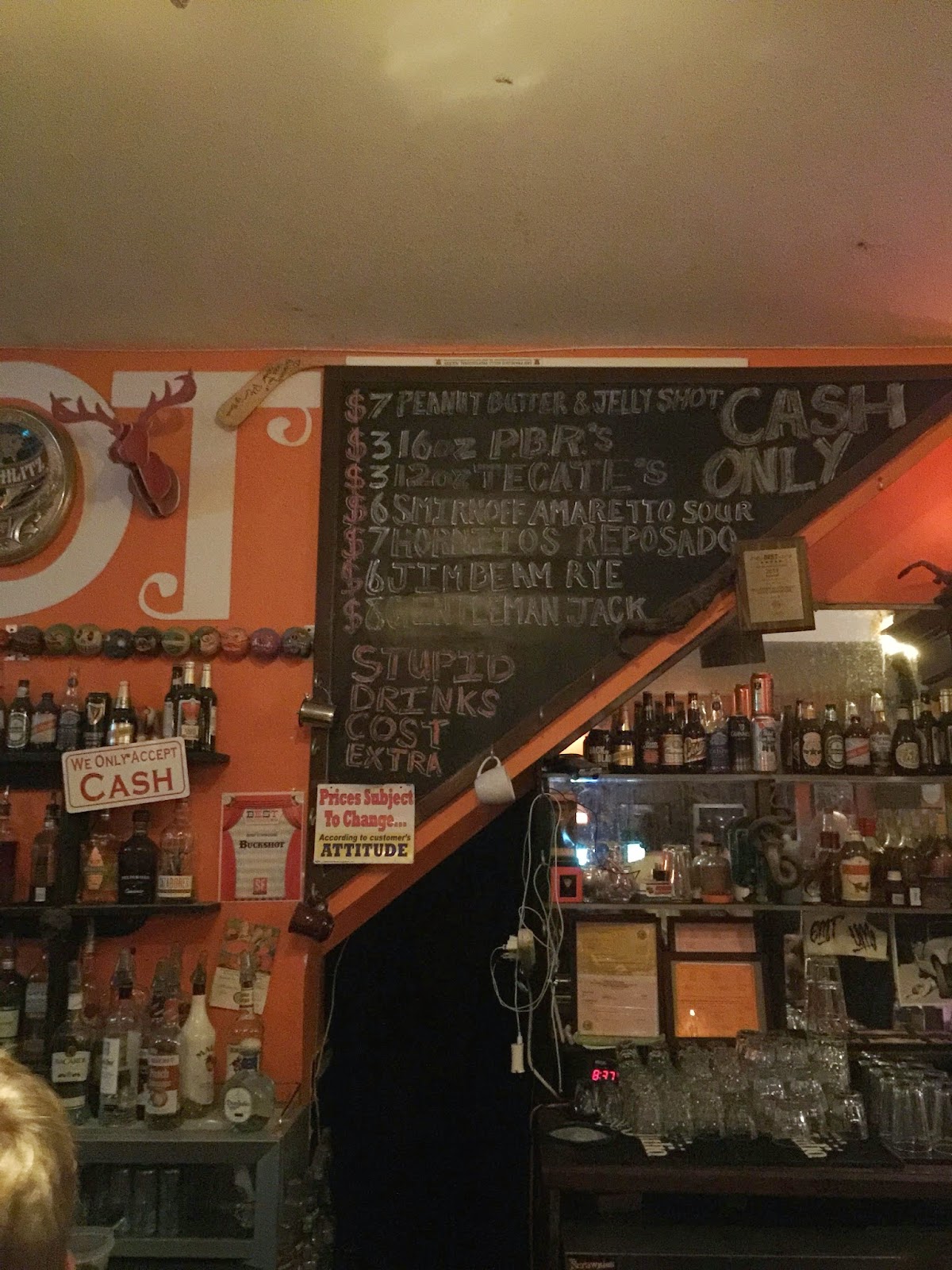 I almost caught myself quipping that it's hard to mess up hot wings but it's possible and I've done it myself. So next time you meet a well executed hot wing know that some science and some art goes into making them... Supposedly due to rising food costs and demand the lowly chicken wing, which in the past was discarded along with the feet, head and wingtip, is now a money loser. What used to have a very low cost and relatively high margin of profit is now a money loser for most establishments (if Hooters charged $20 for a dozen wings, would you buy them? Probably not.)

For a Richmond District bar I felt the drinks were a little pricey, but I have been living in and patrolling the murky waters of the Barmuda Triangle for so long I'm not sure what anything costs anymore. Years of taking care of my bartenders ensures that they take care of me, so naturally I'll get sticker shock when I am charged $8 for a shot of Bulleit Rye, even if that is what it's supposed to cost.

So that's my trip to the Buckshot: they didn't have the two things on the menu I wanted and I felt like the drinks were a touch pricey (especially considering the Richmond is traditionally working class and therefore would not be charging downtown prices for whiskey).

Still, I love Skee-Ball, I love the Richmond no matter how far away it is, or no matter how shrouded in fog it is (secret real talk: the Richmond often has beautiful weather, but the residents wouldn't ever tell you because they don't want their district ruined like SOMA and the Mission).

I love corn dogs and chicken wings and I'm willing to pay civilian prices for whiskey now and then, so if I find myself out in the Richmond in need of snacks and drinks, I would consider a return visit to the Buckshot. 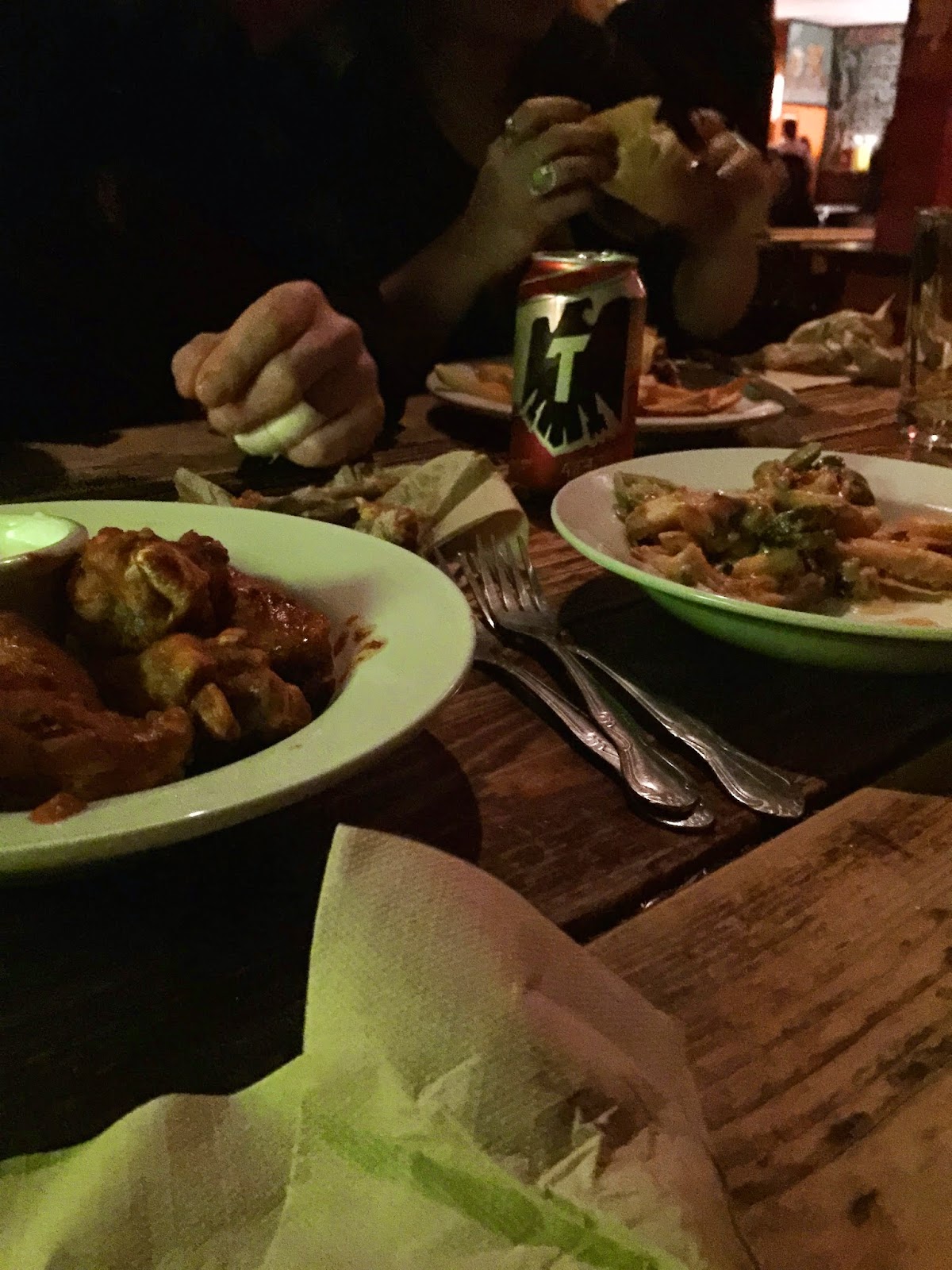