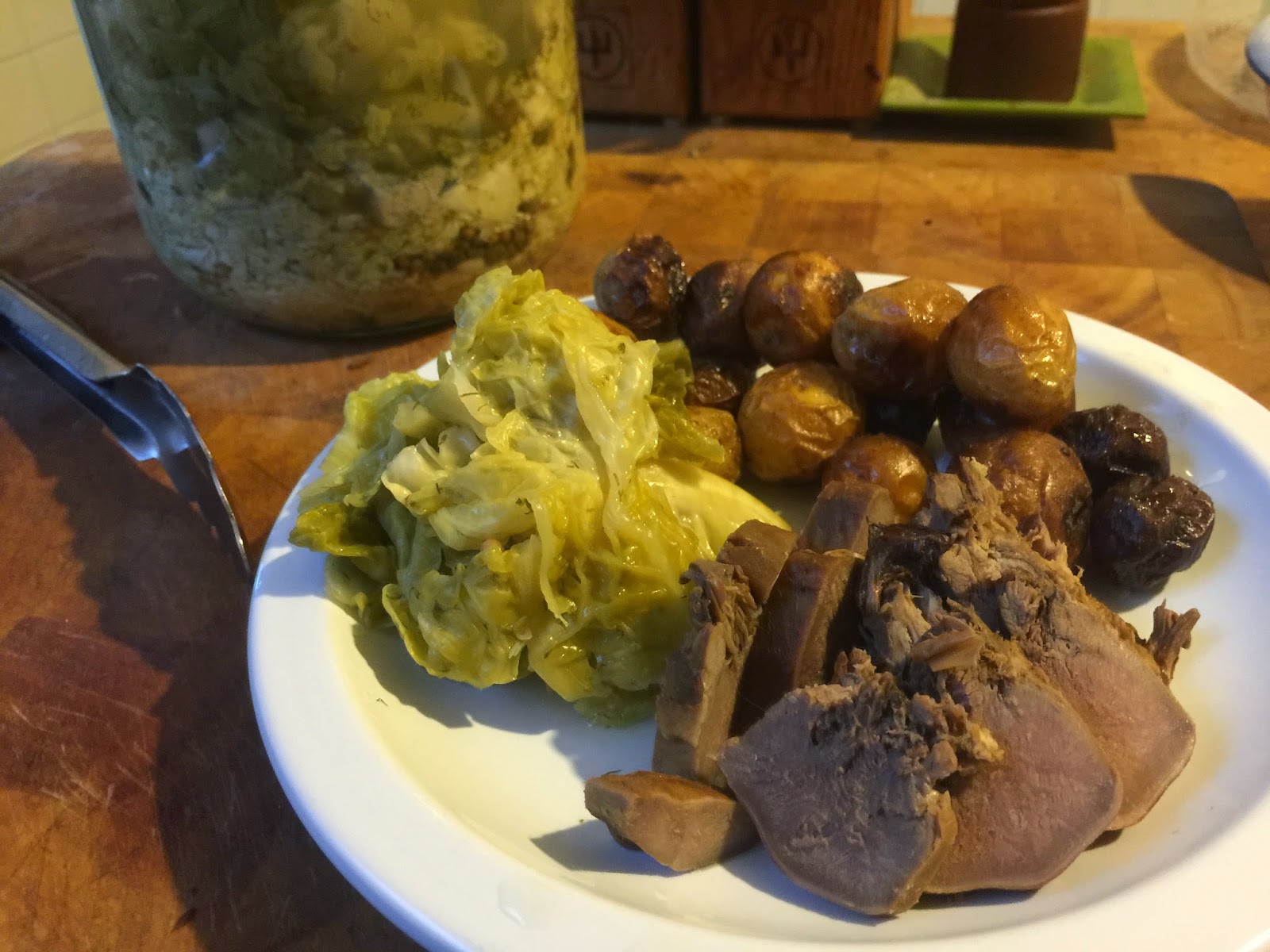 A new and somewhat humiliating function of my day job requires me to look at our user activity and make sure no one has been up to anything naughty. Already that has lead to a number of off-color nicknames among the unfortunate few of us charged with this task: Parade of Dicks, Dick Duty, Flood of Cocks, Game of Dicks, Weiner Watch.

Well, if we're going to have dicks for dinner (so to speak), might as well have that with a side of sauerkraut and some roasted new potatoes.

Of course, I don't actually have a weiner to serve up – and I'm talking both the charcuterie or the male reproductive organ for which the German word for sausage is a euphemism – so instead I boiled up a pig's tongue that I had in the freezer from this year's Porkpocalypse*.

[ * About which I will write eventually, Adam, fear not. I've just been quite busy. Hence these little missives. ]


Bring to a boil, cover and reduce to a simmer for 3 hours until fork tender.

Toss in olive oil and salt then roast in a 550ºF oven for about 12-15 minutes until nicely browned.