It was a surprisingly warm night on the 29th of October, my friend Timroff and I made our way up to the nosebleed section of Progressive (né Jacobs) Field on East 9th and Ontario for a "viewing party" ($5 admission to watch game four of the 2016 World Series on the JumboTron).

Our star starter, Corey Kluber, managed to elude one batter after another and gave up only one run in six innings. Second baseman Jason Kipnis opened up a 7-1 lead for the team from Cleveland in the seventh inning with a triple and Cleveland won the game 7-2 over the Chicago Cubs.

That was the last game Cleveland would win in the series, the Chicago Cubs would recover from a 3-1 deficit and win it in the tenth inning of game seven after a brief rain delay. It was as if the Universe had spoken out against Chief Wahoo.

So be it. This was a hard fought, exciting series and it brought to an end an 108-year drought for the Chicago ball club whose last Fall Classic appearance was when my father was in diapers, in 1945.

Cleveland's loss this year did not have the sting of prior losses. Most Cleveland baseball fans speak with bitterness and remorse over the 1997 loss to the Marlins - an expansion team, for crying out loud, in an epic game seven meltdown.

That loss, 19 years ago, was the first World Series I had ever watched with any interest, and it was from my spacious Treat Street flat in San Francisco, having just relocated there from the south bay (San Jose, Camden, Sunnyvale) where I had been staying in residential hotels with a friend, his wife and their infant son.

I'm thankful that I was able to experience all of the electricity of the World Series in Cleveland this time, with friends and family, even though we did not win.

I returned to San Francisco where I abruptly parted ways with my employer, and the next day was the national election.


If the loss of Lemmy Kilmister, David Bowie and Prince was the universe scorching the earth, the election of Donald J. Trump was the salting thereof; at least to a great many people, myself included.

I could sit around and lick my wounds, as I have been for the last two weeks, or I could dust myself off and get on with life.

You'll notice that the updates here ground to a halt pretty much around spring of this year.

Things have not been business as usual at House Chowbacca.

On the positive side, the house has grown by one member, and so 99% Bittersweet has taken an open-ended hiatus from writing. She has however started up a subscription based bakery service, so if you find yourself in Newman, California, look her up.

I will only say that the year has been a tumultuous one for the remaining 2/3 of Chowbacca, often with more downs than ups.

But I can only speak for myself when I say that this year has been one of anxieties and unsureness, and I have questioned myself, my abilities and my purpose in this world and come up with some surprising answers.

My older sister challenged her family and friends to think back to November 2014 and share some things that we felt grateful for from that time or since.

That's easy enough for me, I can just dial up November, 2014 on the Way-back Machine.

As I mentioned, the clan Chowbacca grew by a member, who at the time was the size of a pea and causing mom some nausea. We didn't know it yet, but it would be confirmed a few weeks later.

I am grateful to 99% Bittersweet and to be part of her extended family.

Further along was a good friend of mine who's amazing toddler I will be visiting tonight when I go on my walk-about to deliver to them some left-overs. I am grateful to them and I am grateful to be uncle Kwis and to receive many giggles, beard tugs and toddler hugs.

"So, what's the deal with Chowbacca," a woman who has been mentioned here asked me at a bar on what may or may not have been some kind of date recently. She went on to compliment the writing, and so sharing credit where credit is due I am thankful to g0b0t for pushing me to start this endeavour with him – originally a writer's project that grew to have a life of its own.

I am thankful for my friend Tim G., who showed up at my doorstep with a box of oysters just a few hours ago.

I am grateful to my sister, who, in 2014, was only beginning to understand the scope of work she had ahead of her while we as a family struggled to figure out what to do to improve the life of my mother who was ailing and suffered a medical emergency earlier that autumn.

I am grateful to my siblings, father, step mother, in-laws and friends for their support.

I am grateful that my mother is now living, along with her two cats, in an assisted living apartment in a beautiful section of Cleveland (the Euclid Historic Golf District) and adjusting splendidly to a life that features art classes, free recitals from students the Cleveland Institute of Music, lots of activities and a much more active social life than she had when she was living in a house too big for her to manage (not to mention sleeping on floorboards that were unbeknownst to anyone rotted out due to shoddy construction of an add-on in the 1970s).

I am grateful to my mom and dad, of course.

Thanks to my wonderful roommate Caitlin for giving me someone to talk to, gripe at, gripe about, keep me company and keep me grounded.

Of course, obligatory shout out to my Ingress pals in both factions for giving me a semi-productive, semi-active hobby and some goals to distract me from what has been a very, very rocky two years.

There are many, many of you deserving of my gratitude, and if you don't know who you are I will try in this coming year to make it clear to you that I am indebted to you all for your love and friendship.

Ok. Here's the big photo essay, and maybe a recipe or two at the end. 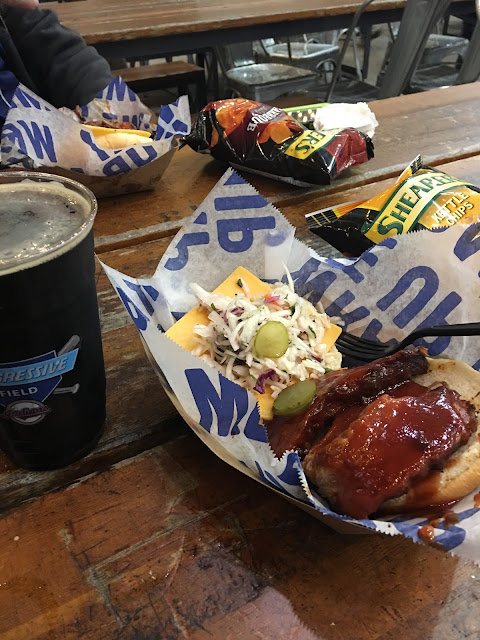 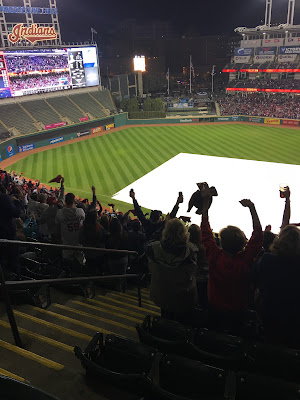 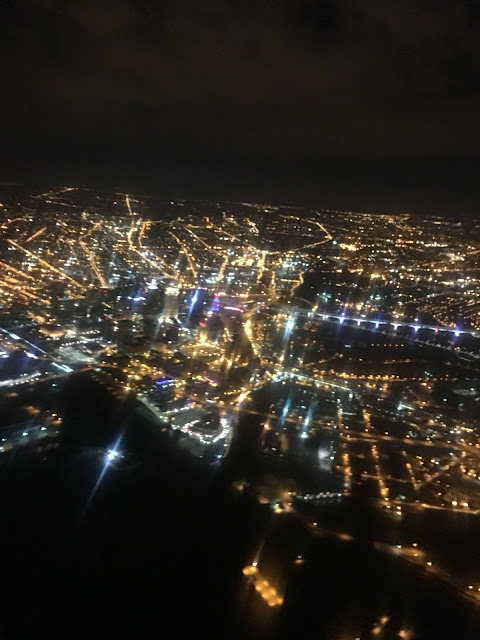 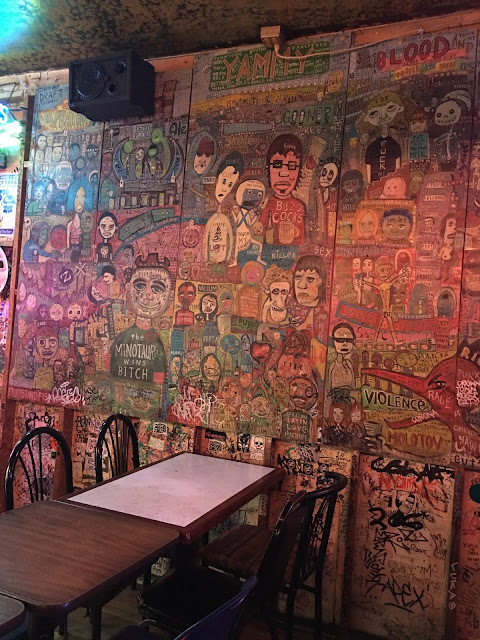 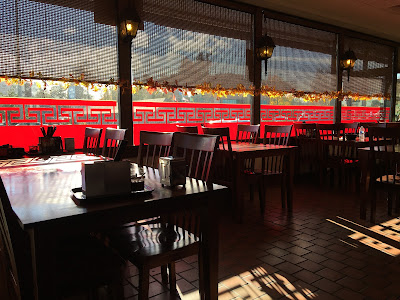 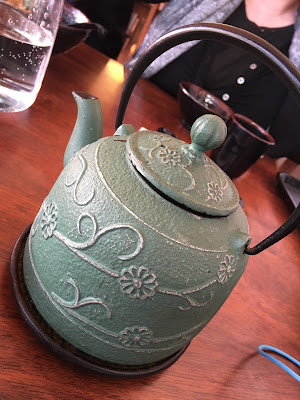 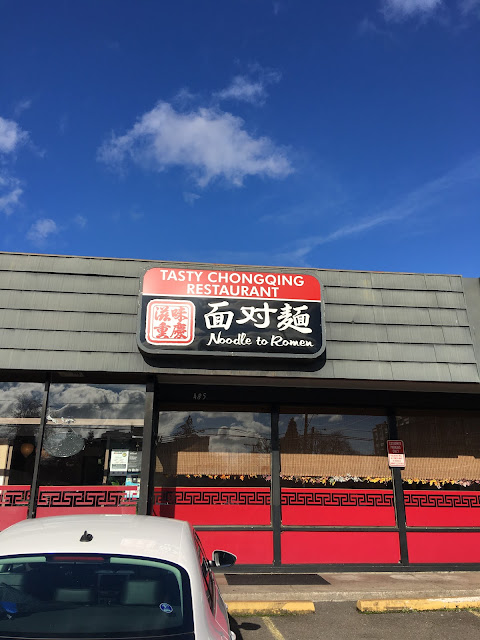 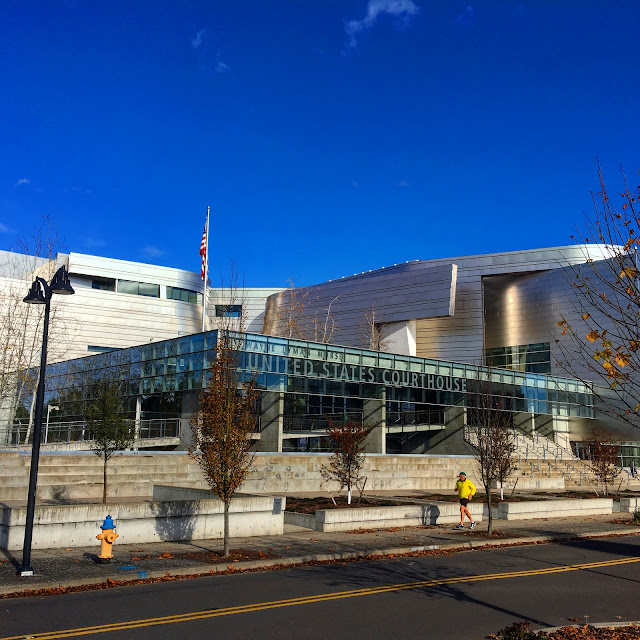 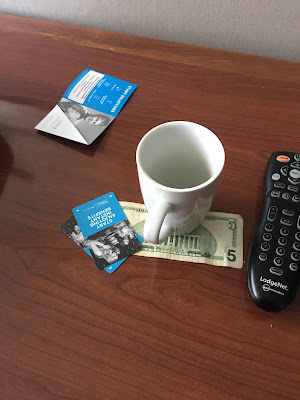 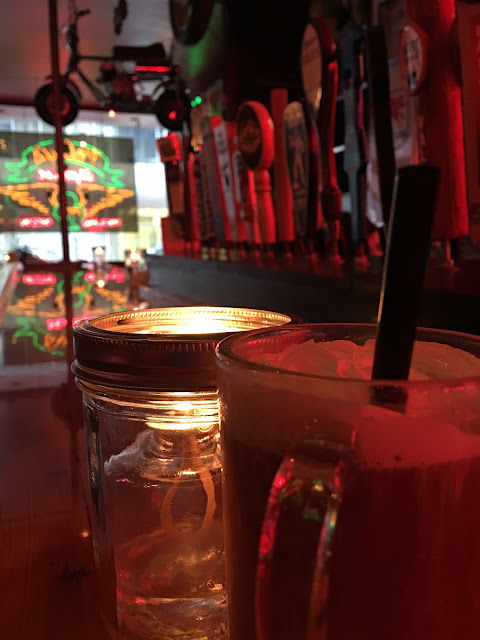 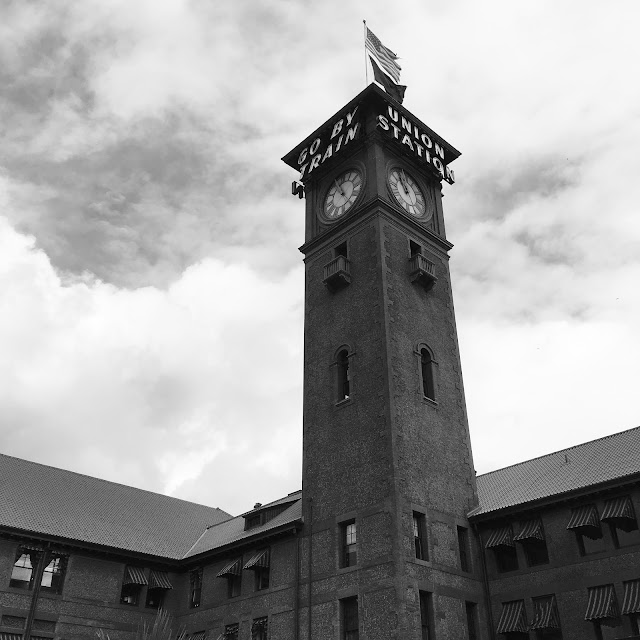 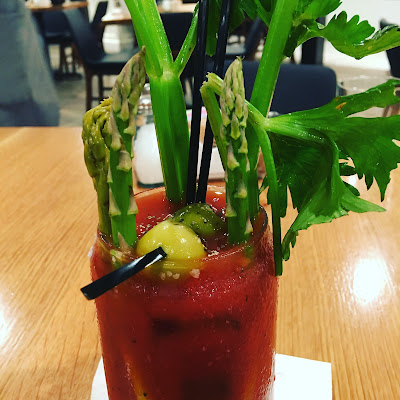 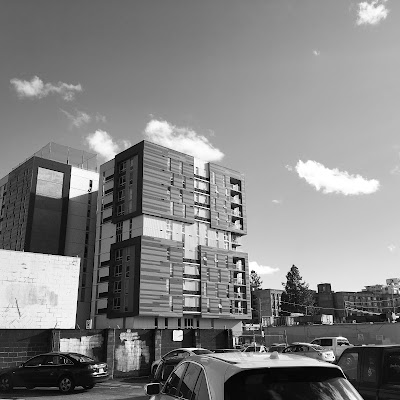 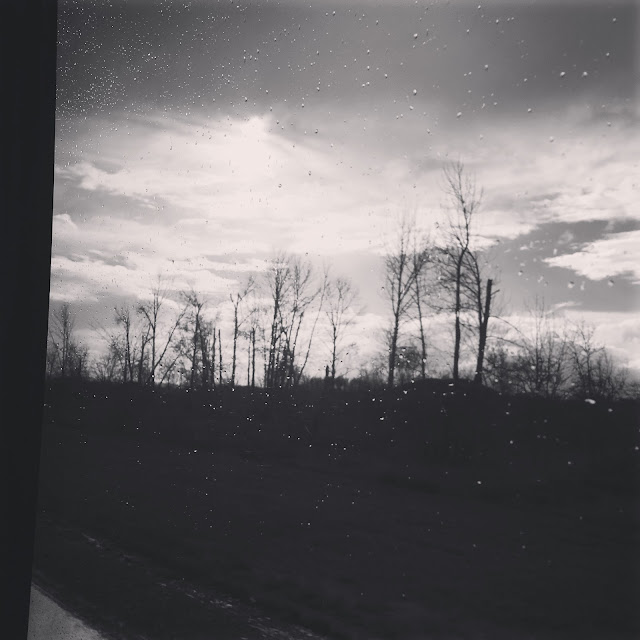 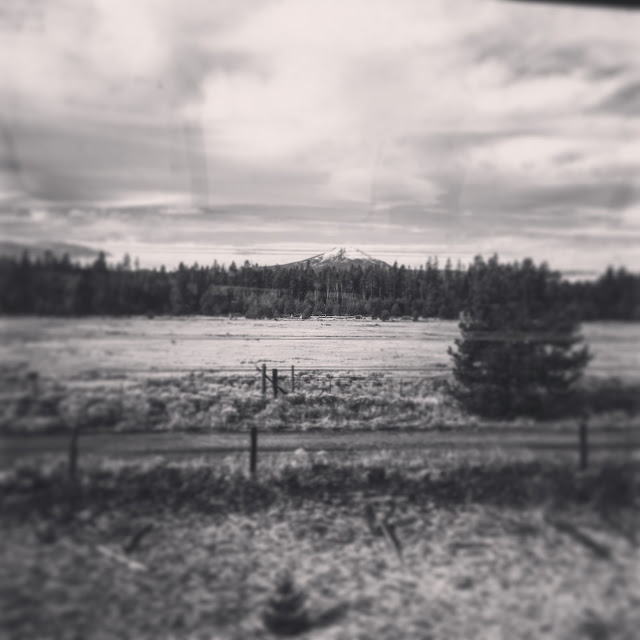 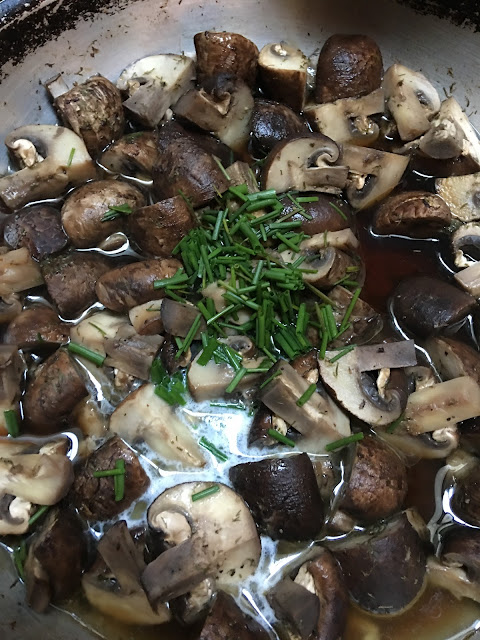 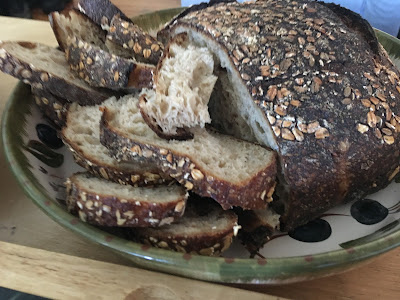 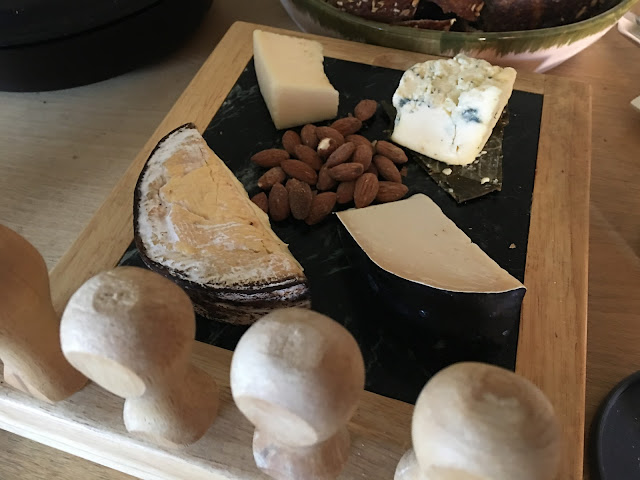 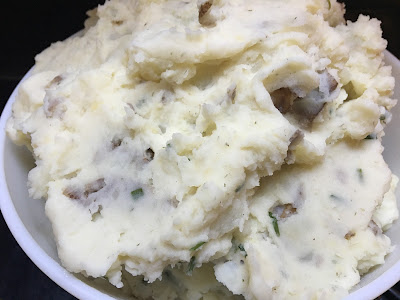 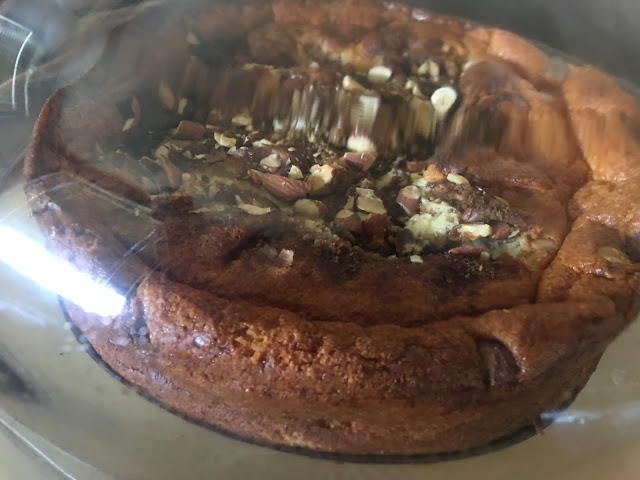 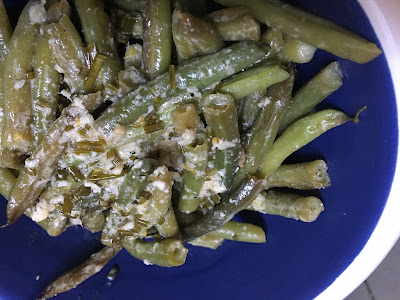 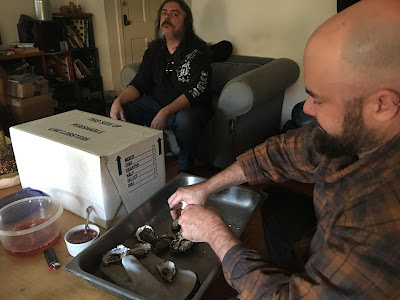 Okay, I lied about the recipes. But I'm back, so let's do this!
Email Post
Labels: 99% bittersweet Baseball election g0b0t gratitude wahoo