Presenting The 2017 NoSirs! Do Us A Flavor, Indeed 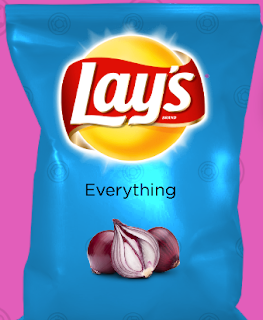 Welcome once again to the NoSirs, where we at Chowbacca! face the worst that Lay's "Do Us a Flavor" competition has to offer. This year's competition has "Everything" as the flavor entry above boldly suggests. What, exactly would "Everything" taste like? Everything? Nothing? Mind. Blown.

Now, let's get to the awful, shall we? 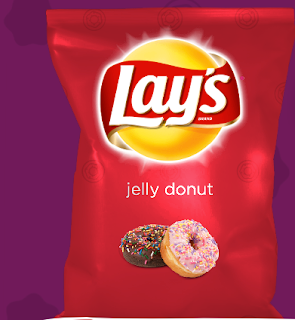 First up is a prime example of why the common yokel should never be trusted to combine flavors. As the continued existence of McDonald's clearly proves, the average AmeriDolt has the palate of a feral rodent. Jelly donut flavored potato chips? I'd rather choke down vomit flavored floor wax. 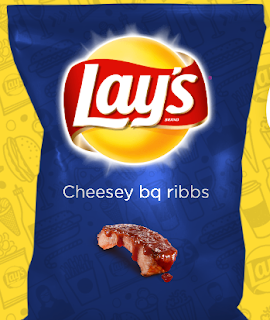 Who in the hell puts cheese on bbq ... wait. What the hell are "bq ribbs" and who the hell puts "cheesey" on them? Illiterates, that's who. 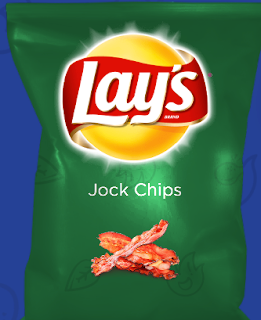 Our next contestant is either fond of the taste of athletes or their protective gear. Either way, I'm out. 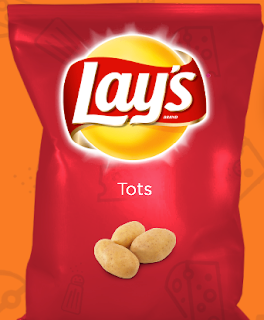 Tater or toddler? See above. 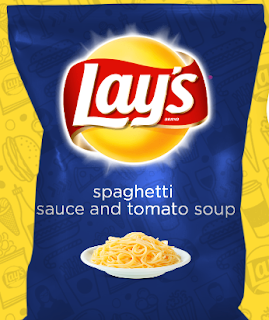 Speaking of toddlers ... can the person who came up with this one leave the room? We're trying to adult. Thanks. 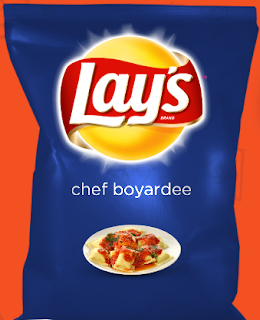 I said "leave the room? We're trying to adult. Thanks." 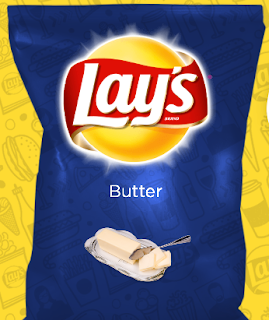 Now here is a flavor that fully embraces America's love affair with clogged arteries. As we all know, potatoes, like bread, are only vehicles that butter rides all the way down into our blood stream like that guy on the bomb in Dr. Strangelove. In recognition of America's Heart-Choking Sweetheart, I applaud the simple honesty of this flavor, and the humble, honest, "clearing their nostrils at the table" folk who fever-dreamed it up. 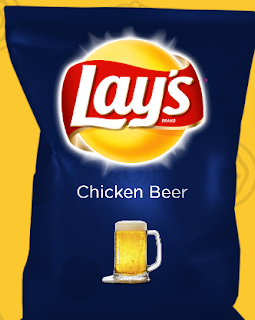 If you've never had "Chicken Beer" you don't know what you're missing. I don't know what I'm missing, either. Beer made from chickens made into a potato chip flavor? Who comes up with this stuff? 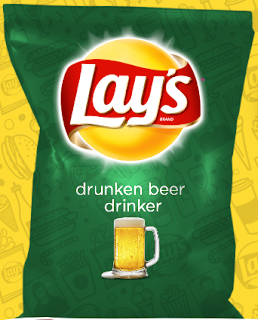 We have our answer. In fact, I'd wager a bag of butter-flavored chips that beer is the fuel behind many of these snack abominations, with one glaring exception ... 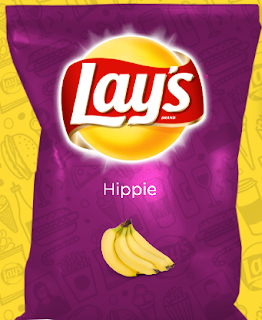 Hippie flavored chips? Isn't smelling hippies from yards away enough? Note that they didn't stop with "patchouli & weed." Oh, no. They want the full hippie taste experience. I can hear the late-night brain-stone-ing "sesh" conducted over a hash pipe: "Dude. What. What. How. How would you flavor some Lay's if you could flavor some Lay's?" "Hippie." "Thas deep." Hm, or, was he CALLING him a hippie? Mind. Blown. Again. 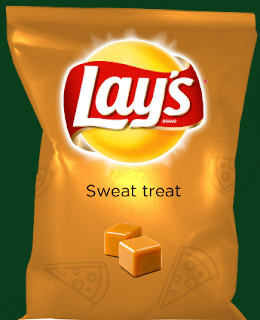 Typo, illiteracy, or another hippie-based flavor? You decide. I'm still trying to figure out why those ghostly pizza slices are haunting those caramels. Puff-puff-give, my man. 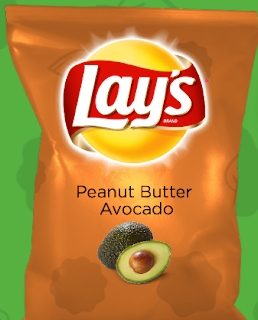 Okay, you guys? This isn't a mash-up competition. The result is supposed to be palatable to someone other than your friend who seared his taste buds off in a flaming rum shot accident at Hooters (pro tip: blow the shot out first, Forrest). 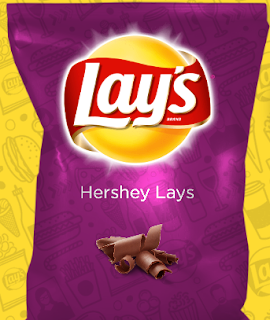 I'm just going to leave this one right here so that you can create your own filthy joke in your mind. All done? Great. Let's move on. 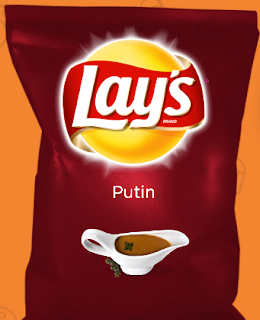 Trump's favorite flavor or just one of his fans struggling to spell poutine? Does it matter? I think not.

Well, that's all for the 2017 NoSirs. It looks like inebriation, cannibalism, and illiteracy were the big themes this year. Let's hope that none of these flavors see the light of your supermarket's shelves. Until next year, do yourself a flavor and eat something else.

Email Post
Labels: Do Us A Flavor Lay's NoSirs