I Love IPA. Here's a Guide To Dealing With It. 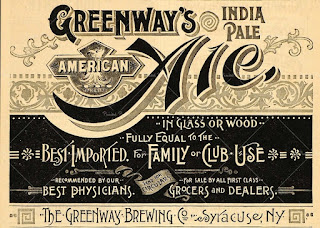 Yes, I love IPA. India Pale Ale brings me joy. Double IPA? I LOVE IT TWICE AS MUCH. There, I've said it. I've shouted my love for IPA in all caps. I've been drinking the stuff since the Nineties. THE NINETIES, PEOPLE. After this much time, I'd better love it.

I know that it's a thing lately to piss on the IPA style. I've seen countless posts by hipster doofuses in shitty sweaters and facial hair whining about a style of beer that they could just, you know, not drink. That said, I have to admit that some of the over-hopping going on in the beer industry's recent history has created some undrinkable stunt beers. While I've choked one or two down myself, I don't hate all IPAs anymore than Star Trek V would make me hate Wrath of Khan. Well-hopped, not over-hopped, IPA has a place in my heart and on my palate.

To my mind here are the three biggest reasons why otherwise reasonable folk don't like IPAs:

1) It's popular. You hates it. Trust me, Precious, popular is not always a sign that something is bad. Sometimes the herd is onto something good. Lager is as popular as ... well, lager. Now, try some IPAs or get into your cave and bite your gross toenails.

2) You don't like bitter beer or, perhaps, bitter anything. Maybe your brain rejects it, or maybe you were bitten by those grossly over-hopped brews, but something put you off. Maybe your bitter ex? A stretch, I know. Need a hug?

3) You only drink beer to chug and to get drunk. Fair enough. Walk on, stranger.

Well, here are 5 reasons you should get off of your high haughty Clydesdale pony and embrace an IPA with your drinking hand:

1) You've been too busy being a hater to try one. Try one, hater.

2) The Hop Wars are (mostly) over. Breweries have ceased fire and are returning to their five senses. Hop on over to your favorite beer store and grab some tasty IPAs.

3) IPAs pair wonderfully with spicy food. They fan the flames and then cool them out. Curry, anyone?

4) Like most beers, IPA pairs well with pizza. My favorite combo is a Neapolitan pie and a double IPA. Bliss!

5) They're complex. Unless the stunt-brewers or your energy drink problem have bludgeoned your taste buds, you should be getting a variety of flavors from every sip. Now, go grip-hug an IPA and break down what you're tasting or use your vape hole to beer bong some Natty Light.

BT-dubs, I also love baseball, jazz, and a good documentary. I'll save those for another post. 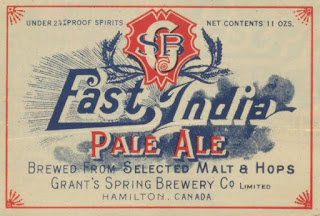