Suicide is Not Painless. 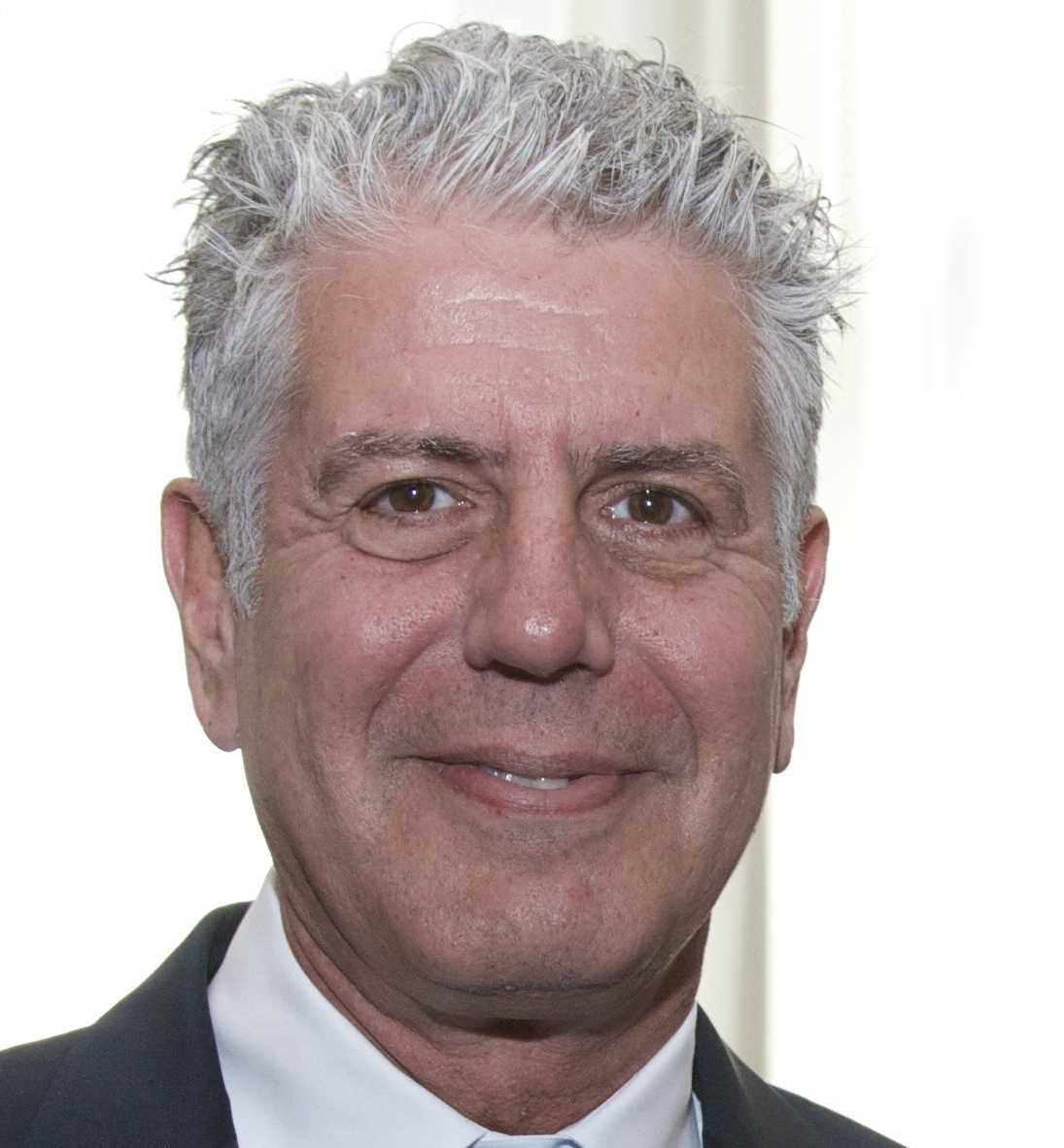 How soon is too soon to write a eulogy for someone?

I'm told that it is standard practice to write them before the person dies, in cases of notable persons.

In the last 36 hours it seems volumes have been written on the sudden and shocking suicide of chef and author Anthony Bourdain, who once described himself as the luckiest man alive. Within hours of the story breaking, multiple print venues had published lengthy eulogies online, and CNN, for whom Bourdain was the host of their only watchable content, would put together an hour long tribute that I regret not watching live last night when it first aired.

(Instead I watched the Cleveland Cavaliers melt-down in a game four loss to the Golden State Warriors at home at Quicken Loans Arena with my mother at her nursing home; I am grateful that my mother is still alive and that I could share the moment with her, even if the game didn't go the way I had hoped. It certainly did nothing to improve my mood, and Clevelanders are perpetually saying "there's always next year," but really, I don't think "next year" will come again in a long time.)

Of course, Anthony Bourdain was himself to my mind first and foremost a writer. A writer who was a dishwasher, a heroin addict, a cook, a chef, a bon vivant, a raconteur, a television host, celebrity, writer, husband, father, son but at his core of cores, writer.

Bourdain, as a writer, was as huge an influence on me as any, and I think this very blog would either not exist or certainly be very different if Bourdain's writings hadn't fallen into my lap. "With gusto" is as apropos a description I can muster for how I consumed everything he had ever published. I have read "Kitchen Confidential" over and over, and have found it to be at once a parable, a guide and a warning. The next time I read it, a memento mori.

I was thinking today there were three celebrity suicides that really hit me right in the gut, and those are Kurdt, Elliott and now Tony.

I want to talk a little about the three suicides that effected me the most in my personal life: A., F. and T.

I don't know what harm or good it does the world discussing the circumstances around the ends of their lives, and I'm sure a great many friends and family are relieved that they never received national media attention; that said, I'd like to just briefly talk about how they impacted my life in a positive way.

Although they are gone, they made an impact in the world they lived and I am better for having known them.

A. was a hunky jock, exactly the opposite sort of person you would expect to be hanging out with a dour computer and drama geek like myself. Teachers loved him, girls loved him, and his teammates snapped towels affectionately at him.

But don't let his smile and pretty face fool you, A. was whip smart and always moving in thousand different directions. A. always had some caper in mind.

Together we stole Ohio State ID laminates one year, featuring an at the time difficult to reproduce hologram of the state seal, and since his parents could afford a high quality color printer, we made a pretty penny selling fake IDs to our classmates. The next year we upgraded to selling modified Radio Shack 33-memory Tone Dialers to make free calls from pay phones. A. was my partner in crime and also the co-sysop of my on-again, off-again dial-up BBS that I ran off my father's business line. He ran one as well out of his house, and I was his co-sysop.

A. loved everyone, and was never a snob, judgmental or cliquish.

I will tell this one last detail, which I will never know if it is true or apocryphal, sadly involves A. during his rapid descent into mental illness after high school.

I had lost touch with him, but there were murmurs about A... A. had come into some significant amount of money, and was living an eclectic life; this of course is a WASP-y way to euphemize some scandal. The story went that he had gone gonzo, was living with a prostitute and had bought some sports car (which would later figure into his untimely demise, sadly).

All the tut-tutting and hushed whispers about this alleged relationship always troubled me, and I realized that if any of it were true that the A. I know would have nothing to do with anything sordid but that the A. I know was probably recklessly, unapologetically being kind to another lost and hurt human being.

That's how I like to see A.: generous to the very end, without an ounce of cynicism, friend to all.

F. was also kind to me, and I suppose I spent too much time focusing on how mean people could be in high school to appreciate all of the people who were good to me; this is something I am beginning to only really fully realize and regret now 25 plus years later.

In high school, everyone thinks they have it worse than everyone else, and no one seems to have time to put themselves in other's shoes or consider their words and actions. This was certainly the case with me, at least.

F. was a girl who I thought had everything going for her: she was beautiful and well liked, kind and intelligent, and boy could she sing.

I got involved with the Student Group on Race Relations (SGORR) in high school because... because my older sister was in it, because it got me out of class twice a month, because all the hot girls were in SGORR, because the teacher I admired the most helped run the program and under all that teenage baggage of wanting to impress my older sister and chase girls and get out of class, ultimately it felt like it was the right thing to do: a rightful cause to pursue, important and just.

Of course, as I got to know F. I began to realize that there are other people, and that the people who appear to be the most together often are just putting on a brave face.

F. relayed a story about babysitting for a family in suburban Cleveland whose kids wanted to see her "tail", because their father had told them that Jews have tails. I don't know if this person was actively a frothing at the mouth anti-Semite or just an idiot feeding bullshit to his kids, but what was real was the humiliation and hurt that experience caused F.

F. was often an us-against-the-world ally of mine, and sometimes we'd skip class to sit in the auditorium where she'd share her fears and her Bailey's Irish Cream with me.

At the end of the day, F. wanted desperately to be loved, but like the song she found it in all the wrong places.

She was thoughtful, kind and brilliant and I love her to this day for it, wish I had told her so more often while I could.

T.'s passing wounded me in a very personal way because I had just been to see him only a few months before he passed, near Christmas time, leaving a wife and children behind. The call came in when I was doing my holiday meal shopping at the Safeway on 16th and Potrero, I was in the north-west corner of the store, by the bakery, frozen goods and liquor departments.

I was sick to my stomach. I talked to him almost every day online. I forced myself to look, his last typed words the gibberish of someone with a stomach full of pills.

T. was loyal wether you deserved it or not. When he was on, he was the most fun guy at the party. His smile was contagious, and conveyed mischief. T. had capers in spades, and was one of those people who you could see coming a mile away by the telegraphed confidence of his gait.

When he was on the upswing.

I asked how early was too early to eulogize, and I say if you can eulogize, you can damn sure pick up the phone and send a text, or drop in with Chinese take-out and a bottle of wine. Life is short and death be not proud.
Email Post
Labels: anthony bourdain depression gratitude suicide