For me, growing up in Cleveland, it feels like there's been a not-so-hidden undercurrent of sibling rivalry between the City of Broad Shoulders and the Mistake on the Lake. Clevelanders admire and resent their cooler, more successful brother city; both cities have storied pasts, Cleveland was built out of nothing on an actual swamp at the mouth of the Cuyahoga, literally meaning crooked river, and peaked with the Gilded Age when it was the seat of Standard Oil and the fortunes of magnates like John D. Rockefeller, John Severance, Andrew Carnegie and the like. Since then, it slowly declined until reaching a nadir framed by industrial fires on the burning, crooked river and blight throughout the 1970s and 1980s. At one time, Cleveland was the car bomb capital of America as mobsters waged open warfare on its streets, brazenly assassinating one another, city officials, and the occasional civilian in broad daylight, in plain view of City Hall and the Federal District Court.

Chicago, of course, is a city well known to have been forged in fire. Unlike its sibling on the shores of Lake Erie, it would seem, Chicago walked naked out of the smoldering wreckage like the Mother of Dragons ready to take on the world with its bizarre notions of what belongs on a hot dog and how deep is too deep a dish (locals refer to this as pizza, but any sane adult will realize that what they mean to say is "bread and cheese casserole").

Of course, the two cities will always have their mutual bond of being cities in America's beleaguered but beloved history with the mafia. Elliot Ness, a Cleveland native, who is buried in Lakeview Cemetery just a few hundred yards from John D. Rockefeller's bones and perhaps a little bit phallic memorial, is famous for taking down Chicago mob boss Al Capone. Ness, in reality, did this with pen and ledger despite his depictions in popular culture as a Tommy-gun-wielding badass.

Yep, Capone was a crass, yet popular, anti-hero: a malfeasant and murderous thug. Yet he was taken down on account of his hubris for tax evasion. It absolutely makes one want to shut one's eyes real tight and wish for a hero like Ness who might take down a more modern version of a populist villain with a penchant for flagrance in the face of the rule of law.

Invariably places have soundtracks, sometimes multiple soundtracks, associations I make inside my mind as if scoring the movie of my life.

For Chicago, that soundtrack has many possible candidates. After all, it was in Chicago that a couple from Colorado found a calling bringing music from the margins of electronica, psychedelia, and camp into the spotlight with the genre-bending oeuvre of Wax Trax Records.

Truly it is an oeuvre for which I have great affection and admiration. Dannie Flesher and Jim Nash nurtured acts like Ministry, Front Line Assembly, Nitzer Ebb, KMFDM, My Life With The Thrill Kill Kult, and many others providing myself and millions of other misfits and outcasts a ready-made soundtrack for our collective awkward teenage and young adult years.

Certainly, Uncle Al Jourgensen has bellowed into my ear through many traumatic episodes of stumbling through the painful process of figuring out who the hell I was, and what the hell it meant to be me.

That said, it is the music of Brett and Rennie Sparks that calls to me whenever I think about Chicago. Collectively known as "The Handsome Family," the Sparks' are an unlikely duo of a midwestern Jewess poet and a Texan crooner with operatic aspirations. The music they produce together has been described variably as New-American Gothic, Y'allternative, Alt-Country, Americana, and Contemporary Folk. It is, of course, all these things and more. Rennie's lyrics are like the best anthologies of twisted little short stories (which, by the way, she also writes, and she had published at least once such collection which, should you run across in a bookstore, you should immediately purchase). Within the body of work The Handsome Family has produced you will hear tales of murder, rape and kidnapping couched as a love song, giants with lethal foot ailments, Amelia Earhart's remembrances of a sort of Yankee high tea moments before dying enveloped in flames, a distraught boyfriend watching cops steal the television of his dead girlfriend, John the Baptist in the rain, overdoses, urban blight, crazy aunts writing poems to Jimmy Carter, Indians dragging burning wood, suicide, alcoholism, hunting snakes in foggy hollers and, well, you know, other fun subjects.

Whenever I begin to feel any pangs of resentment against my brethren and sistren of the Windy City, I think about how Brett and Rennie must have felt looking over Lake Michigan, and how you can tell that they truly love Chicago as a living, breathing thing. 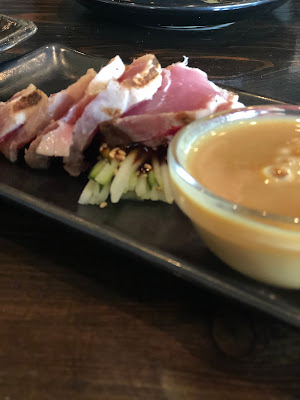 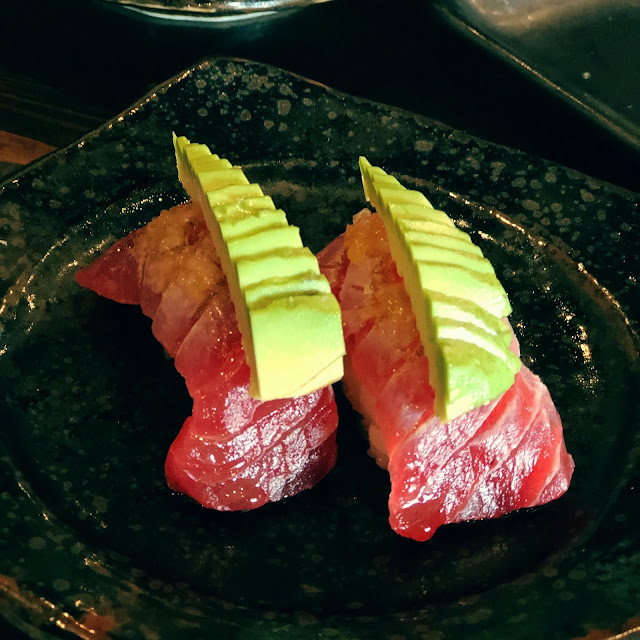 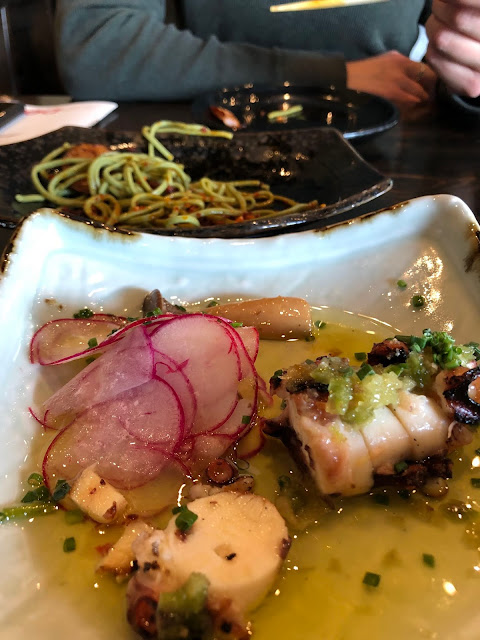 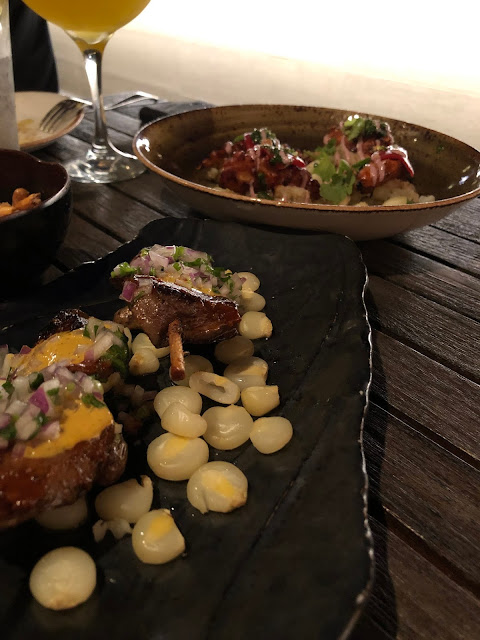 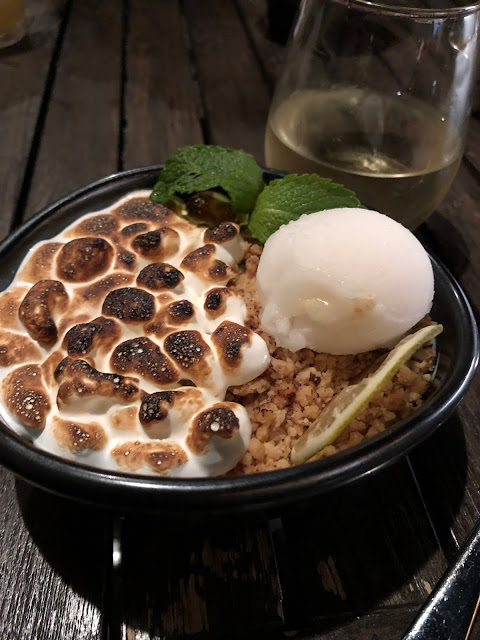 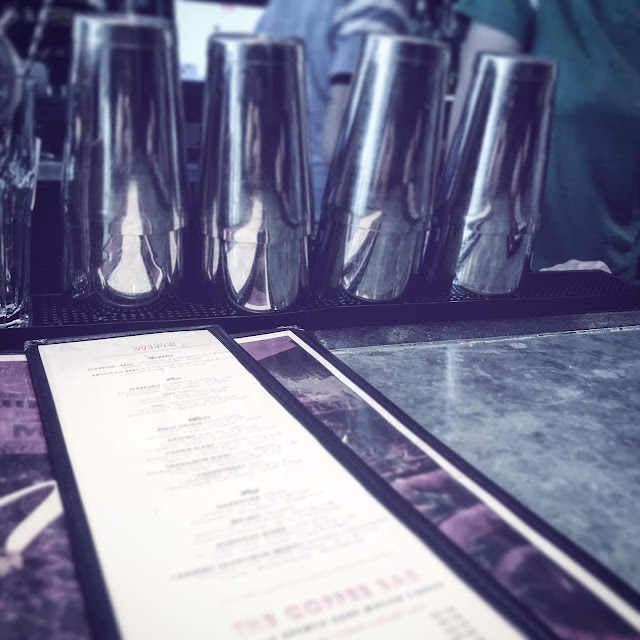 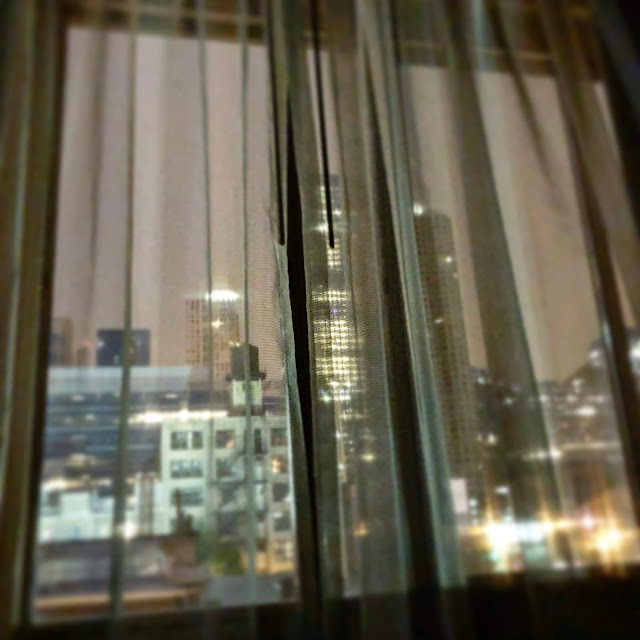 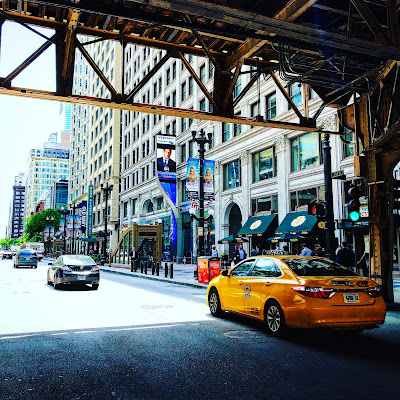 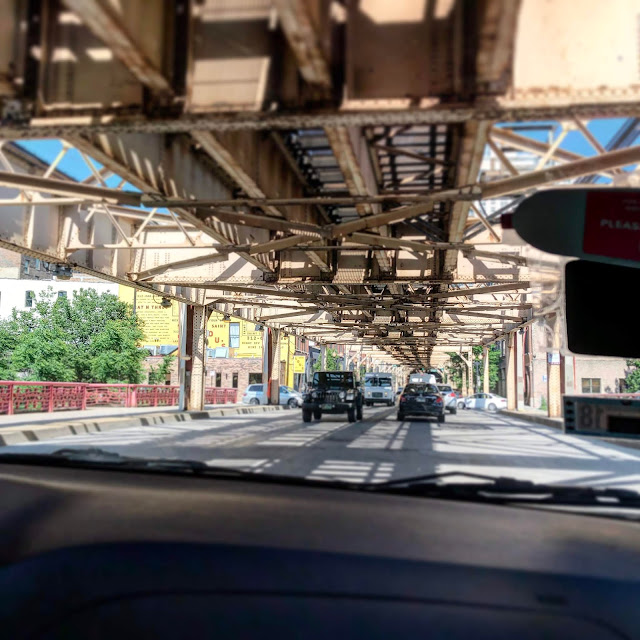 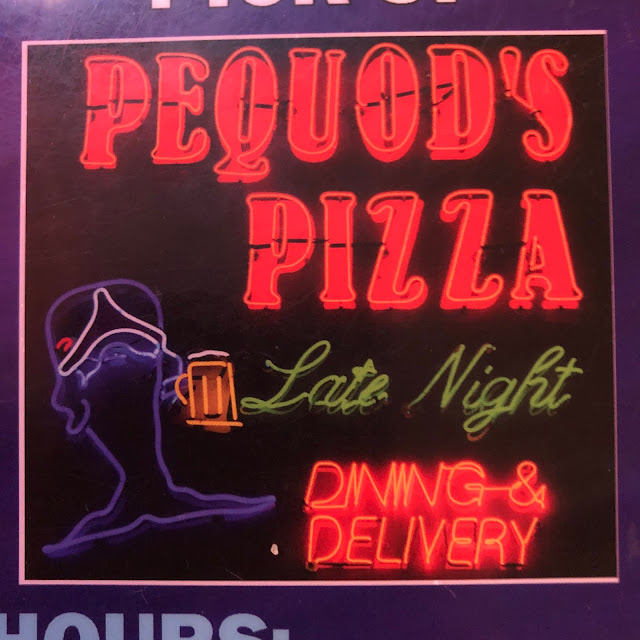 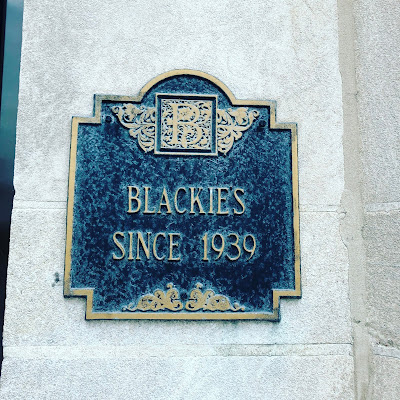 Anji is one of the best people.

Just wanted to put that out there. 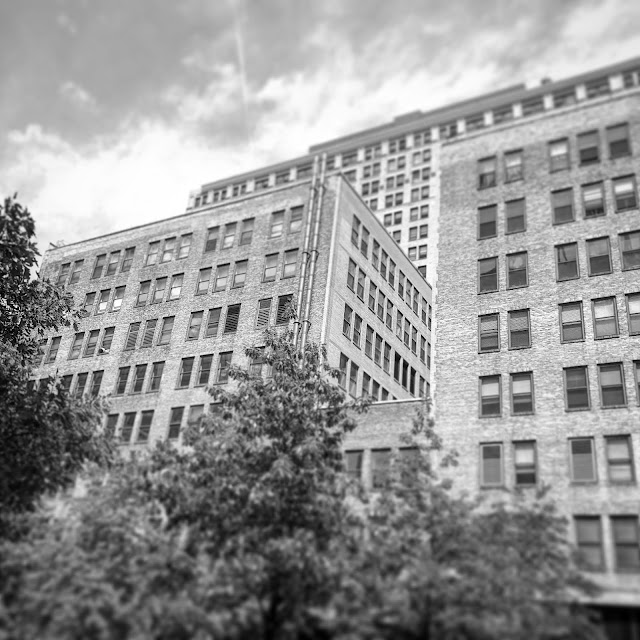 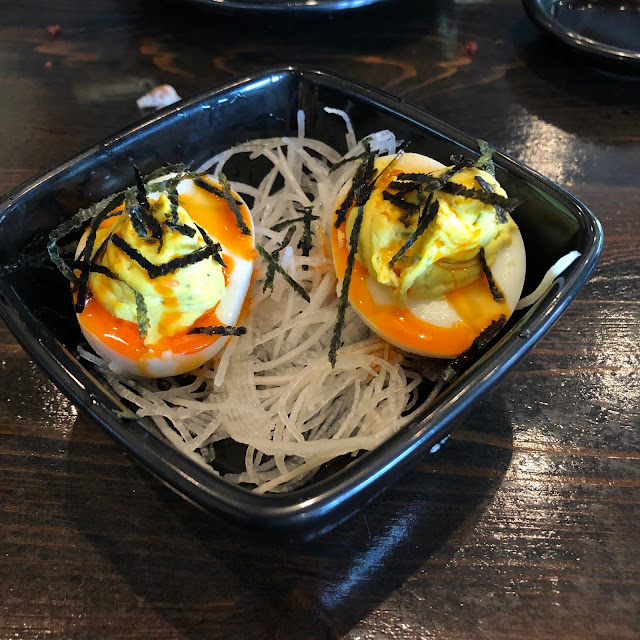 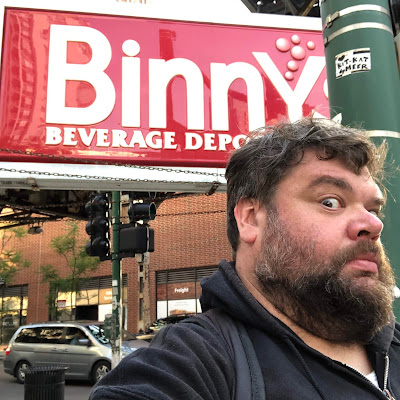 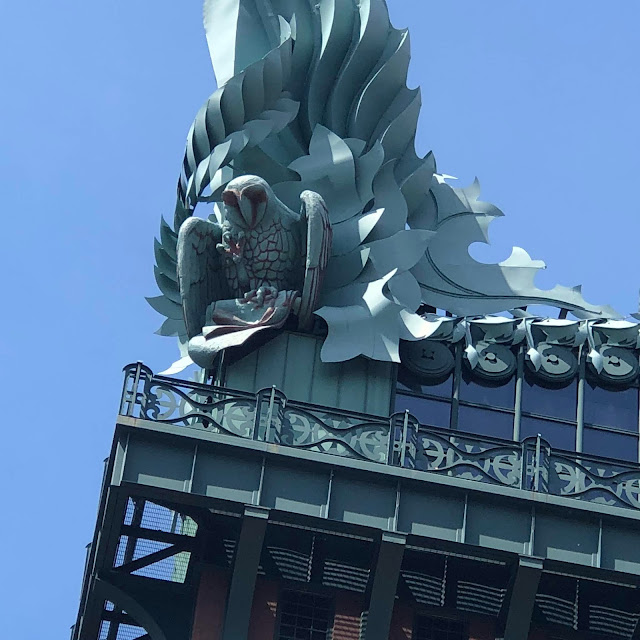 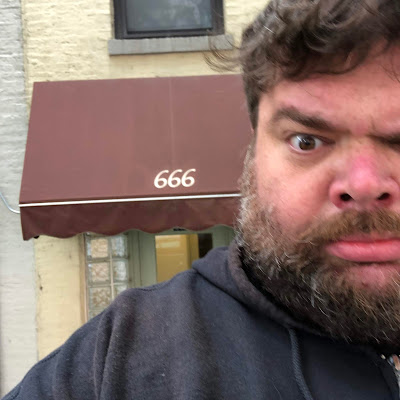