Rails Across America - Part Three: The Lakeshore Limited to Cleveland (and Fuck Cancer) 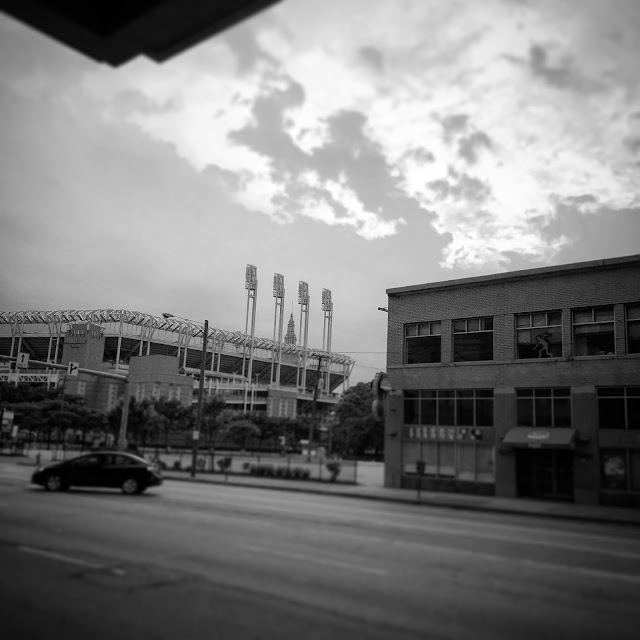 The 48 Eastbound Lakeshore Limited rolls out of Union Station in Chicago at 21:30 hours, assuming it's running on time.

Unlike the California Zephyr, there aren't major weather obstructions like avalanches on the tracks, nor contention with commercial freight.

The "right of way" is a term I learned about watching an excellent independent film called "The Station Agent" starring an at the time unknown actor named Peter Dinklage.

In 2003, when the film was released, I was not the train nerd I am today, but I credit the film for nudging me in the direction of taking an interest in travel by rail.

Of course, I had traveled on Amtrak before.

That's a story I want to get to later, as it involves a rather extensive cast of characters and mise en scene.

The Zephyr, my friend Scott warned me, oftentimes finds itself side-railed – sometimes for hours, sometimes, according to Scott, in tunnels inside mountains – to allow commercial freight to pass.

If everything is working to plan, however, the 48 Eastbound rolls into Cleveland at 5:38 in the morning.

Looking north, you can see First Energy Stadium, or as the locals call it, Browns Stadium. "Factory of Sadness" is also the unofficial moniker for the venue, a place where one can reliably expect the local NFL franchise to lose any given Sunday, Monday, or Thursday during the football season.

Northeast is the Rock and Roll Hall of Fame, which I am steadfastly refusing to ever set foot in until they induct singer and songwriter Warren Zevon.

That's another story, another cast of characters, and pages of mise en scene.

I will check myself into my faithful standby hotel, the Downtown Cleveland Hilton Garden Inn. If you are sitting in the hot tub at the Garden Inn, you have a view of the parking lot and the inner-belt freeway exchange where Interstate 77 and Interstate 90 meet. Just south of that is a wasteland that stands as a sort of stark reminder or memento mori of Cleveland's past industrial prowess as a steel town.

In the next 72 hours, I will receive news of death and near death.

--
I saw Mary Owen alive one more time after this visit to Cleveland.

It was the Dinosaur Jr. show at The Grog Shop, and she was wheelchair-bound.

The Grog Shop holds about 450 people. Let's say for legal reasons that the attendance was exactly 450 and not a person more for Dinosaur Jr.

Mary's boyfriend helped her get close to the stage, where she remained for the rest of the show. I saw her on the way out afterward, gave her a kiss on the forehead, and never saw her again.

I will never kiss Mary Owen's forehead ever again.

The crowd was thick. I knew Lou Barlow had been invited back into the lineup by J Mascis. Barlow even sang a couple of songs. For the entire time they played, I barely got a glimpse of Barlow (the mastermind behind Sebadoh and Folk Implosion).

It was as if he wasn't really there.

Midway through my train ride from Emeryville to Grand Central, I had another penultimate encounter with the condemned.

"B's not doing well," said a friend of mine in California.

"You might want to book the next flight you can... if you want to see him again," came the text from a mutual friend.

B's little brother N insisted weeks earlier at the end of May that I head out on the train trip I had planned. Hopeful words were said about chemotherapy and other treatments. We would wait and see. Perhaps there would be a miracle.

"B is in the ICU," word had come from N, and I knew that I did, in fact, need to book the next flight out.

Next, it was my grandmother on my mother's side. Cancer.

My grandfather on my mother's side eventually remarried; his spouse was a widow from his church. Someone to keep you company, someone to talk to. Imagine my grandfather's loss after more than 50 years of marriage to my grandmother.

He was the last to die, cancer as well.

B had cancer, and no matter what spit shine we tried to put on it, it was terminal. B was diagnosed, and not expected to see Independence Day.

No preparation in the world can ready a person to see someone in the throes of cancer-related illness.

B was an athlete, even if I didn't play any sport in particular. He was the most physically fit person I had ever known. Until his body betrayed him.

I landed in San Francisco, dropped my bags off at my apartment, and didn't say a word to my roommate about why I was there.

B's condition was what they call in the journalism community "on quarantine."

I went to San Francisco General Hospital and made my way to his room.

While in flight, B's condition had improved. When he was admitted to the ICU, he was put on 24-hour dialysis.

Just before I landed, the doctors were able to take him off dialysis. His body had recovered just enough to allow his kidneys to work on their own.

B was immortalized in a manner of speaking by posing as a photo reference for my former roommate Marty Egeland, who at one time was the illustrator for DC Comics Aquaman.

Perhaps the photo doesn't exist anymore. Or perhaps it is stuffed away in a box. It's B, sitting in a chair as if bound by ropes, in a pose that would grace the cover of an issue of Aquaman.

No disrespect to Jason Momoa, but B was Aquaman first. In his peak, B had the physique of a Hollywood leading man.

In his hospital room, he was jaundiced and slight. His head, normally shaved, had a stubble of grey and white hair. His ankles were swollen with edema.

I could tell B was uneasy with his frail appearance, as if his body were under his control.

His brother N, his mother and father, long ago divorced, myself and a few friends gave him an uncomfortable audience.

Regardless, B still cracked jokes and seemed in good spirits.

A few months later I spent some time with him at his home, with his mother, grandmother, and N.

B was starting to look like his old self again. His skin color was back to normal, he'd gained weight, his head freshly shaved.

The jokes came faster, with a darker tinge, but we all had a laugh. But B tired easily, still, in between aggressive chemotherapy sessions. The tumors in his lungs and pancreas had all but retreated, leaving a few troubling tumors in his liver.

I had tried to see him a few times after, but his treatments were taking a toll and he never had the energy for guests or excursions.

On June 14th, 2019, he passed peacefully surrounded by family. 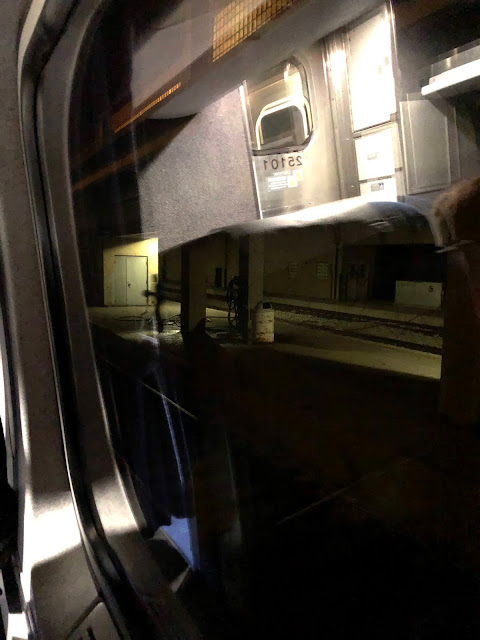 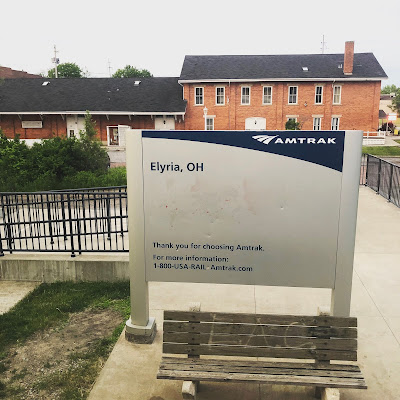 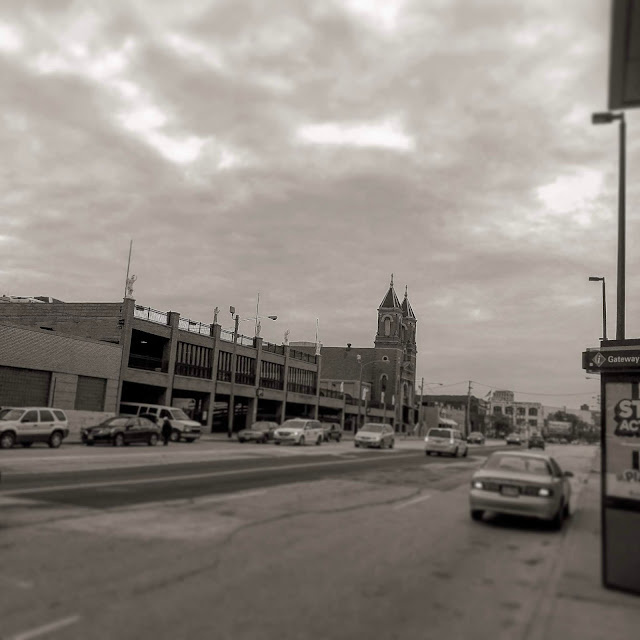 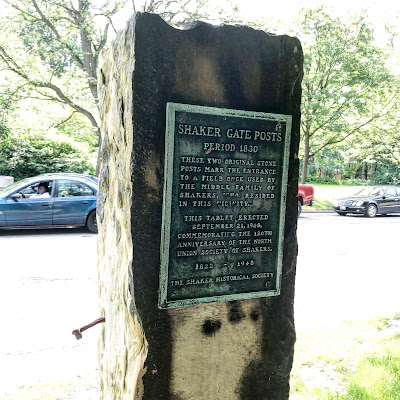 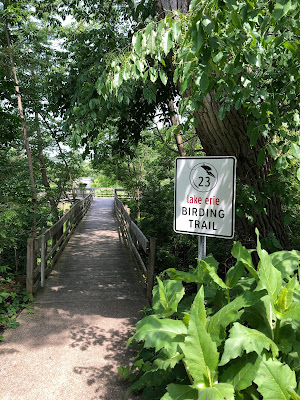 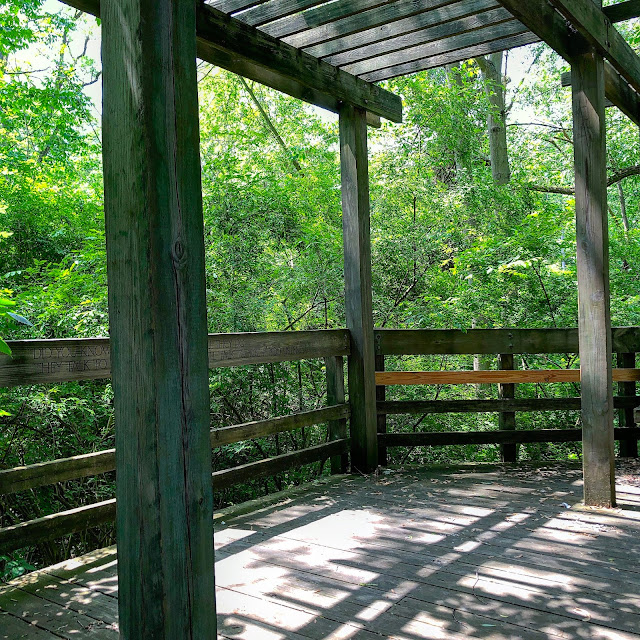 When I go home to Cleveland I often split my time staying at my dad and stepmom's house and in hotels. My dad's house is in the Historic Euclid Golf District of Cleveland Heights, just west of Coventry Road and north of North Park. The street he lives on is named Colchester, which is also a town in Essex England.

Many of the streets in Cleveland Heights, University Heights, and Shaker Heights are named for towns or landlords from Britain and Scotland, others are named after foliage (Maple Drive, Buckeye Road, Fernway, Cedar, etc).

As a teenager, I would often set off on foot to make the roughly three-mile trek from my home on Parkland Drive down South Park, crossing Shaker Boulevard, past the Shaker Heights Nature Center onto North Park. Mansions lined the north side of the street, and a man-made pond called the Lower Shaker Lake was on the south side. North Park eventually runs into Coventry Road, where I would turn north and continue marching. I would cross Fairmont Boulevard, then Cedar Road with its clear view facing west of the Terminal Tower in downtown Cleveland, and continue until I reached Euclid Heights Boulevard.

The intersection of Coventry Road and Euclid Heights Boulevard was the epicenter for misfit teenagers, cranky intellectuals, caffeine addicts, punks, skaters, and stoners. Here was Cleveland's very own version of Haight-Ashbury.

If you continue northbound on Coventry you will reach Mayfield Road, where, if you take a left heading west, you will reach the southern entrance of Lake View Cemetery.

I try not to be superstitious, but if ever there was a magical place charged with a certain kind of energy, the area is known as Coventry Village and is certainly one such place. 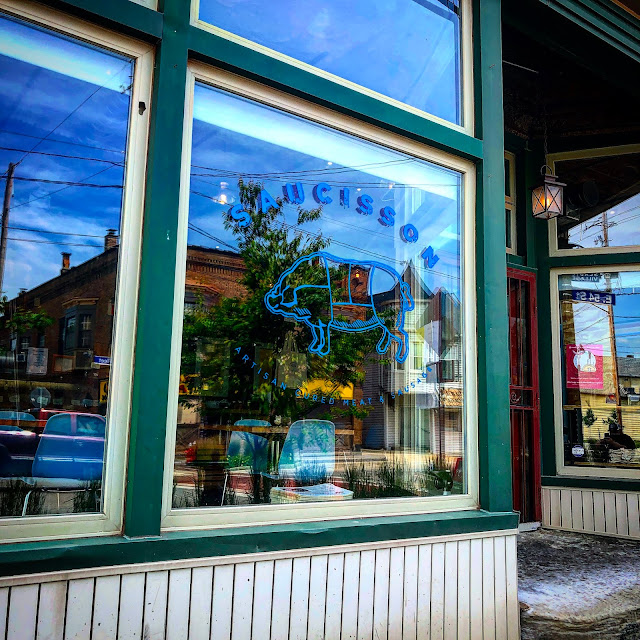 Instead of staying with my dad and stepmother, upon arrival by the Lakeshore Limited into Cleveland, I figured I'd give myself some respite, some "me time", at Cleveland's less-than-glamorous Hilton Garden Inn.

Hilton recently built a new, modern, state of the art hotel close to the Lake Erie shore complete with a 36th-floor lounge and outdoor patio offering views of downtown Cleveland, First Energy (Brown's) Stadium, and the Rock and Roll Hall of Fame, designed by famous modernist architect I. M. Pei. This Hilton is also much closer to the Amtrak Station.

I've stayed there as well, as hotels go, it's pretty nice.

My affection will always be with the Garden Inn, however, despite the fact that the hotel abuts the spaghetti-like collision of Interstates 90 and 77. It is a tangle of raised concrete that would warm the homesick heart of folks from Los Angeles where road pasta is elevated to a loved and hated art form.

Due south of I-77 is a stretch of land built on the swampland surrounding the Cuyahoga of mostly shuttered steel mills and refineries. Here is a stark reminder of Cleveland's glorious industrial past, a barely still animated memento mori belching sulfur into the air and lighting up the skyline at night with smoke-stacks burning off kerosene.

Caddy-corner northwest of the hotel is Progressive Field, known to most locals my age or older as "The Jake" after its original name "Jacob's Field."

North of the hotel, protected by a row of red brick buildings, is the Erie Street Cemetery.


I was sent to my room a lot as a child for punishment, and I wonder if that didn't enure me with a sense of comfort in solitude.

I know folks who would be punished by being made to fight their siblings. Those were the people I'd have to drag away from some imagined slight late night at various bars before they got into real trouble.

I lived with a guy who had gone to prison on a drug offense – pot – if you tried to wake him, he'd wake up swinging. When his mother would come to visit our apartment, she would wake him by poking his feet with a broomstick. She knew he'd come out guns blazing.

My punishment was emotional isolation and abandonment.

I have fought with my siblings plenty of times, but not the way the person I know who was forced to fight theirs.

Between the three of us, I'm not sure who is more of a danger to those around us.

Sometimes I think it is me.

I sneak up and harm people without knowing I'm even doing it.

...And when the rage inside of me is released, it rages uncontrollably.

That's maybe why I like the solace of a hotel room as much as I do.

A friend told me "we're done with Tony Bourdain," as if to put a period on a sentence that required a semi-colon.

I want to talk about Bourdain a little more, and the when and where I learned about his suicide, and the other things that were pressing on my mind that week. 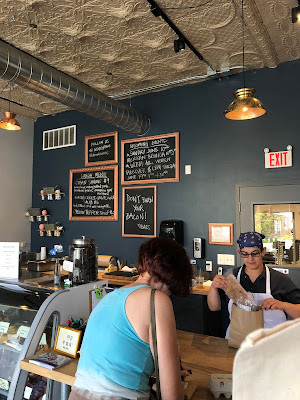 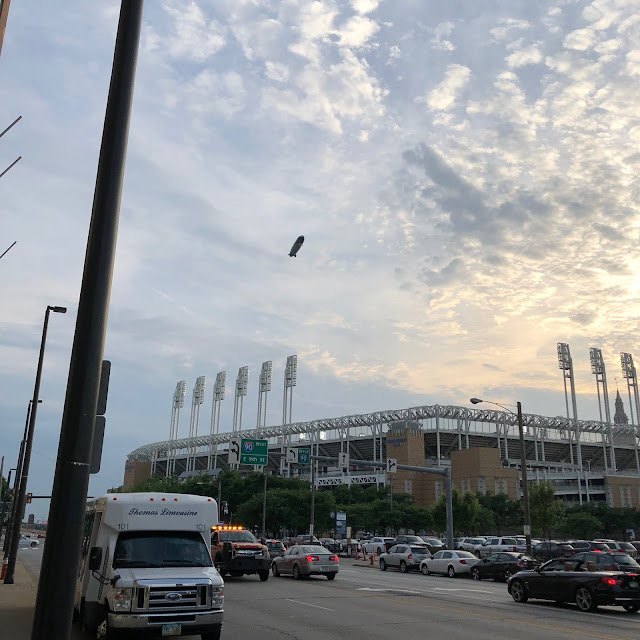 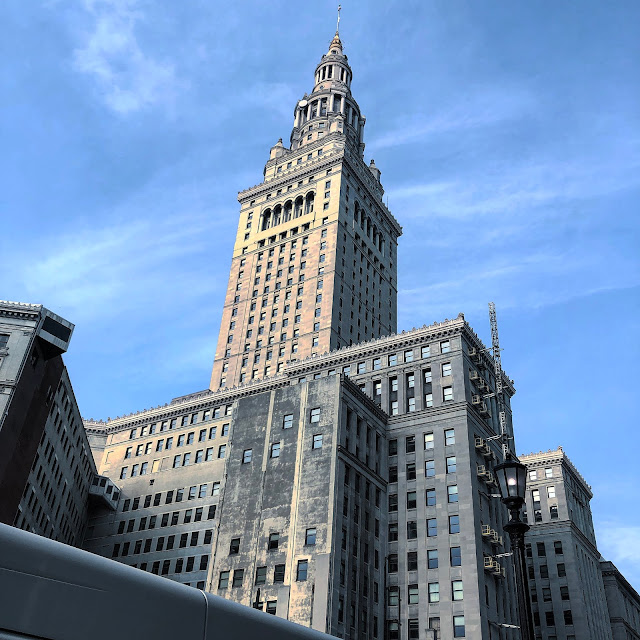 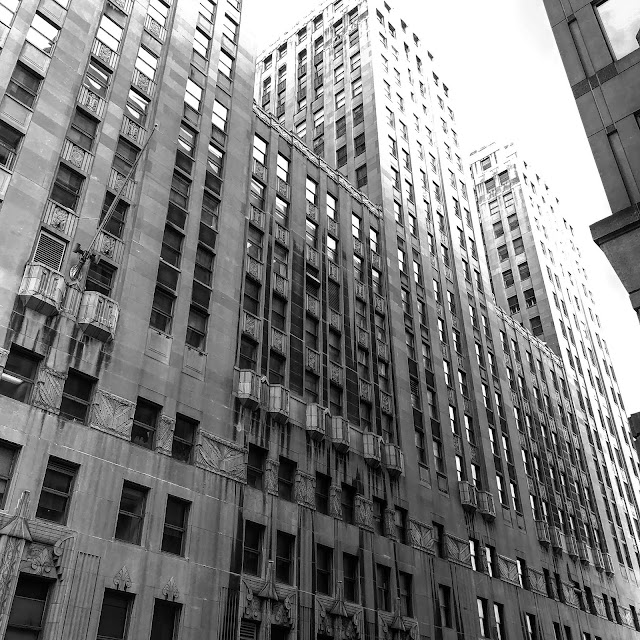 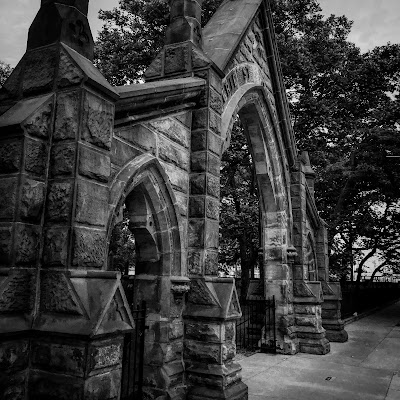 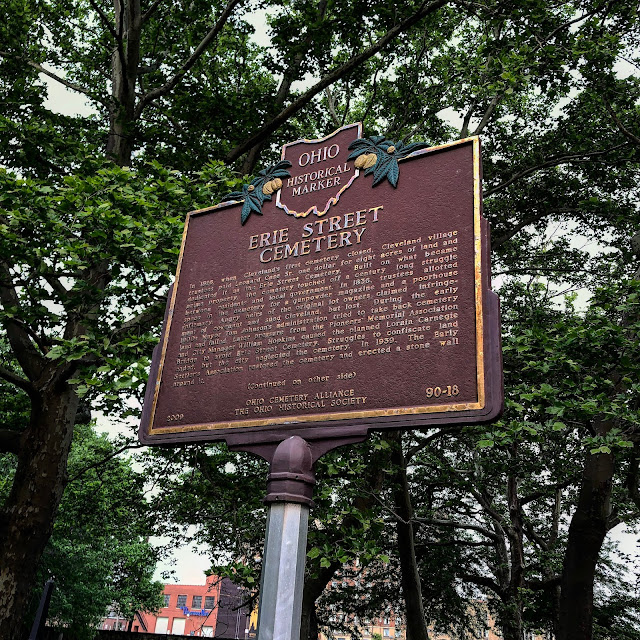 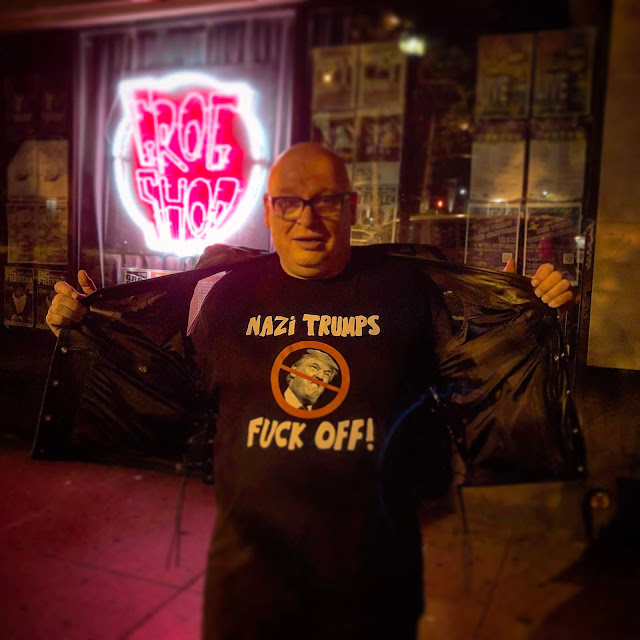 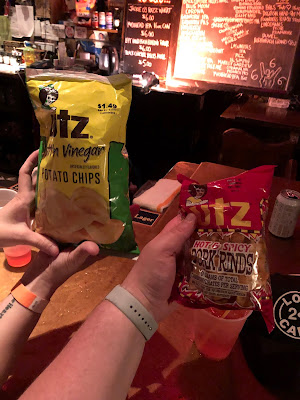 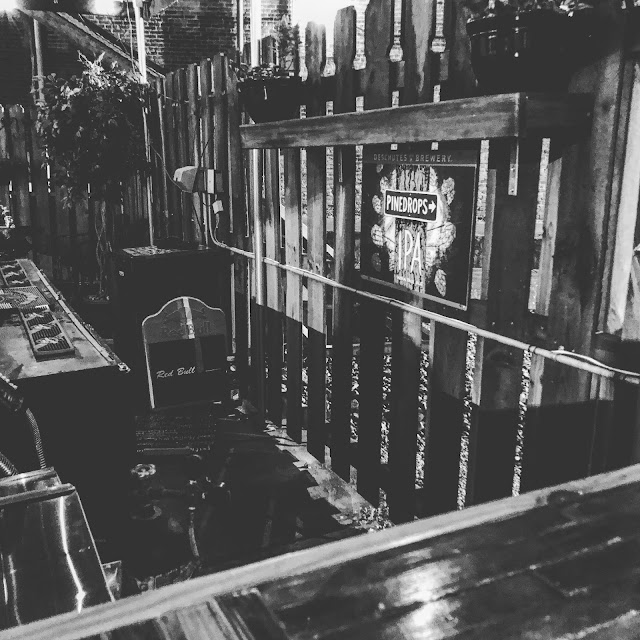 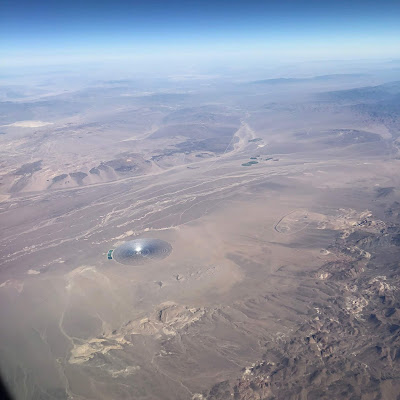 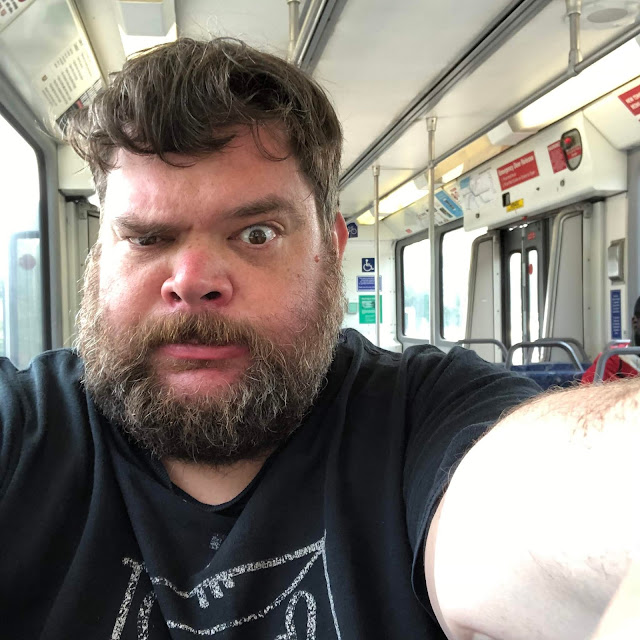