Family
Edgar is a name we call Uncle Ted in jest, but we often refer to him as Uncle Stretch as he is a very tall man. Whenever I greet him, I give him 4 1/2. Ted lost half a finger in a construction accident decades ago. I have learned to downplay my association with the Bixbys, Uncle Stretch will often introduce me to folks around town that he thinks I should have some sort of relationship with – Uncle Ted knows that I, like his wife (my aunt), are seekers of hidden details, relationships, and history.
...
Aunt Jane is not only the town historian for Bolton Landing but has also taken it upon herself to chronicle our family history. My father, like his mother before him, eschews any ties we have to the deep south. His mother was born to poor farmers in Alabama. Grandpa was from southern Georgia. My grandmother was married once before meeting my grandfather to a man everyone called Grady. Much of his history is clouded in mystery. It is said that he was a strikebreaker who broke ranks to become a labor activist. Family lore claims that he was assassinated right in front of my grandmother – shot in the head through a window – in retaliation. Officially, he committed suicide.
Grandma had an older sister who died within a year of her birth. Her oldest brother stepped in front of a train committing suicide. Family lore also has it that an aunt of my grandma was murdered while at a sanitarium. It is suggested that this person may have been institutionalized because she was a lesbian.

...
My grandpa's photo adorns my desk, holding my father as an infant. Grandpa was felled in 1967 by a massive stroke.
My grandpa was a legendary southern gentleman but also a principled man. I am sure I have shared this anecdote before, which I will summarize briefly here.

One Friday night, grandma had labored to produce a family meal. These gatherings were of particular importance to her, perhaps in part due to the many family tragedies that hung over my grandma. Just as they were about to start supper, the phone rang. As my aunt tells it, grandma darted a glance at grandpa as if to say, "do not dare answer that phone." Calls at that hour were rare. Grandpa assumed, rightly, that the call might be important.
It was.

Grandpa ran a trucking service, and many of his drivers were Black. It seems one of his drivers had been arrested somewhere in southern Ohio on some trumped-up charge. Southern Ohio in the late 1950s was a dangerous place to be in jail if you were a Black man, as that was an area where the law was the Ku Klux Klan, and the Ku Klux Klan was the law. Family dinner would have to wait. Grandpa drove south a couple of hours to pay off the local constabulary. He bailed the driver out and returned hours later with the man just as the sun rose.
So the story goes. 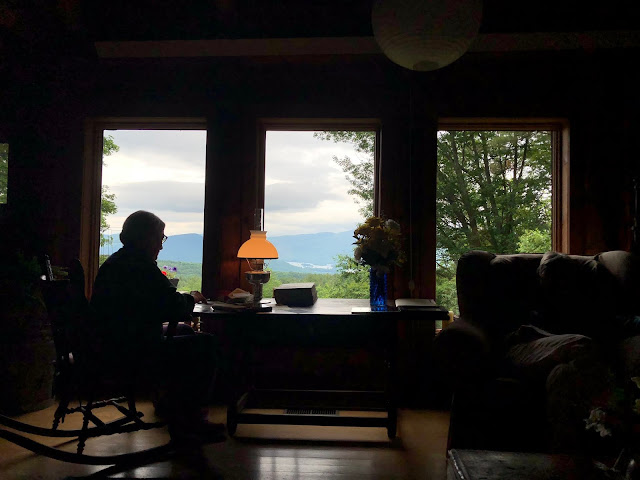 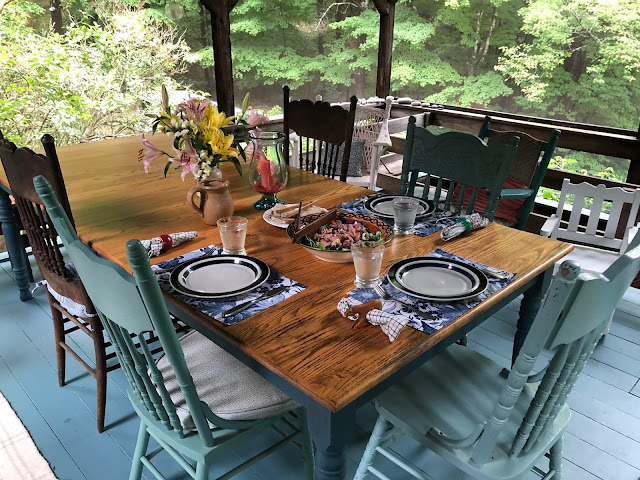 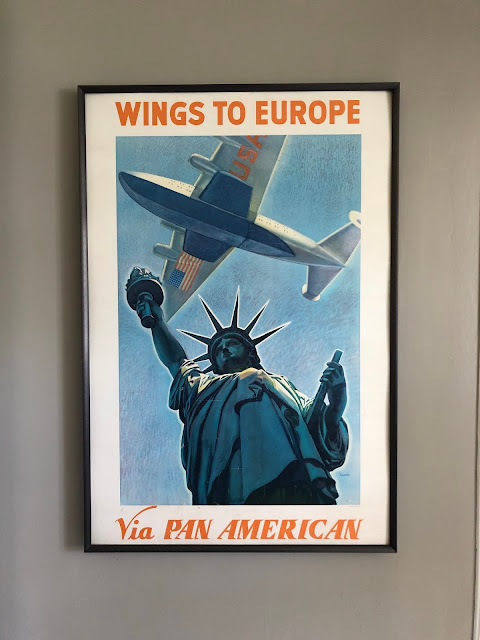 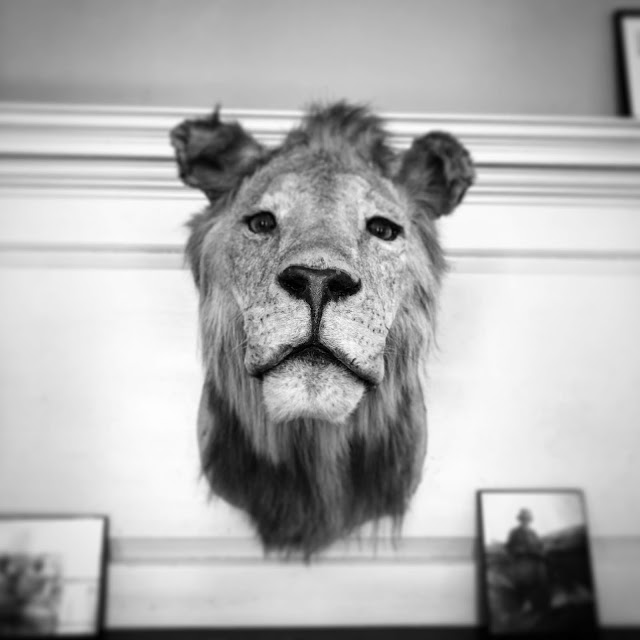 Ancient History –
How a City Girl Made a Fool of Herself to the Townies
"You should jump into the lake" was the advice Uncle Stretch gave my roommate, CTR, after a night of drunken debauchery where she made an absolute fool of herself.
Bolton  Landing is a small town.
My roommate was so mortified by the embarrassment of the whole ordeal that she, to this day, vows never to return to Bolton Landing.
We'll see about that.
I won't go into the details – that's her story to tell – but I will summarize it thusly: native San Franciscan arrives in seemingly backwater Upstate New York town. It proceeds to vociferously make it known how much better it is to be from a "big city" (never mind that New York is a mere few hours down the road). Then we hit the local bars.
After allowing her to sleep it off and sleep in, my uncle, who has always been a tad mischievous, parades her down the main drag of Bolton Landing, where all the locals recognize her and kindly greet her.
The lesson here, I would like to think, is that one should never denigrate another's home; better still, one should never underestimate the consequences.
(I am sure all the cutesy denigration I've done about Iowa or other places will haunt me later.)
CTR really stepped in it. And it was sweet delicious schadenfreude to watch her suffer. 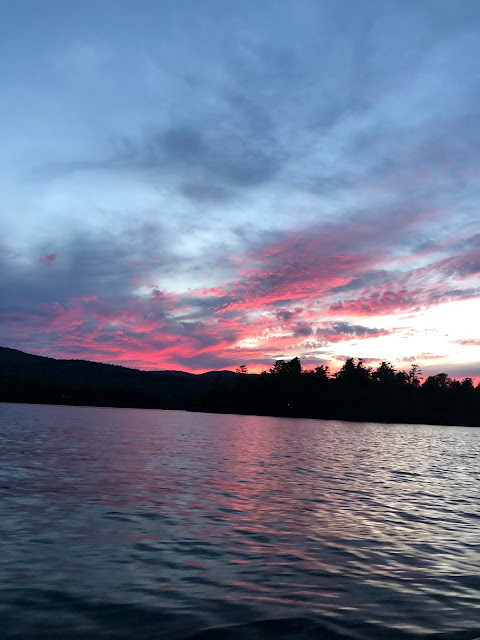 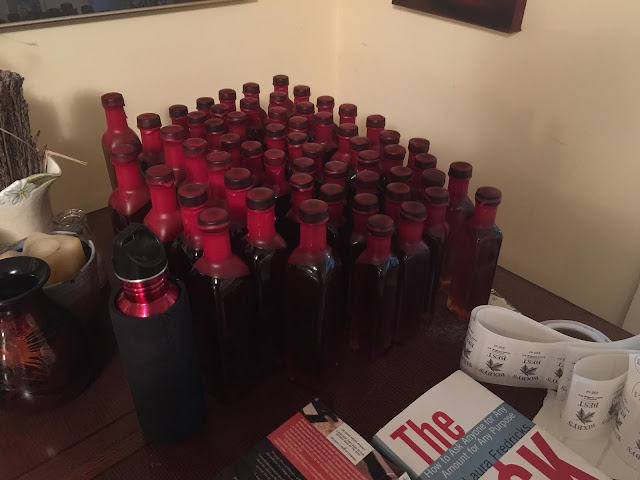 Bixby's Best
Cousin Sam has taken up the mantle of producing arguably some of the best maple syrup in the country, painstakingly harvested from over 1100 acres of maple trees planted by settlers in the region back in the 1800s.

The process by which maple syrup, at least the good stuff, is produced involves tapping and collecting sap at the end of February through March. February in Bolton Landing is cold and harsh. To produce a single gallon of syrup, 40 gallons of sap must be collected and boiled down.

This is not work for the faint of heart nor amateurs: until recently, save a beat-up pickup truck, Sam employed the same techniques used in the 19th century for distilling syrup with a wood-burning oven in a tin sugar shack.
Precise timing, as with anything involving the cooking and distilling of sugar, can mean the difference between prized "B-grade" (or as it is now known, "Amber") or a burnt syrup.

It is a labor of love, and Sam's syrup does not come cheap.

His website, www.bixbysbest.com, has a nice section on the "Bixby's Best" story and some of the processes around producing it.
This is not how my cousin makes a living – he is a builder at heart, like his father. I hope he continues producing Adirondack gold, but I know that it may prove to be too much time and effort and diminishing returns.
That would be a real shame.
Ulysses S. Grant's final repose
Having spent some days recently organizing my vinyl record collection (and "painstakingly" cataloging them with an app called Discogs), I have learned a little of some albums' value and rarity.
I have learned that most of my collection if it has any value at all, that value is sentimental. As an aside to this aside, one of the higher ticket items is a box set I recently bought that has shot up in value by a factor of three.
Anyway, I know very little about the value of albums and even less about books' value. So when my aunt recommended a title to read for background on the final days of President Ulysses S. Grant, "The Captain Departs" by Thomas M. Pitkin (published 1973), it came as a bit of a shock to me that the hardcover edition of the book sells for nearly $800. Paperback versions must be specially ordered and can take up to a month to arrive – even in the Bezos-sphere. (I would be ordering it from either Mac's Backs Books in Coventry Village or from Green Apple Books here in San Francisco, and still might.)
The point of this segue is that I will be flying blind here concerning the details I can recall from a field trip my aunt, her college friend Sally and I took to the town of Wilton, New York, just south of Glen's Falls, to visit Grant's Cottage.
The first thing you will notice driving up to Grant's Cottage on Mount McGregor is the giant institutional grey building rising up in the distance. That's the Mount McGregor Correctional Facility (now closed); the building wasn't always a prison. However, it started out as a sanitorium for persons suffering from the tuberculosis outbreak spreading across the northeast in the early part of the 20th century.
Briefly, a theory proposed in the latter half of the 19th century held that patients suffering from "consumption" (an antiquated term for the disease) benefited from being placed at altitudes significantly above sea level. The "Sanitorium on the Mountain" was one such site for high-altitude therapy. Still, it is not the first time that the area was given over to palliative care (as was often the case for tuberculosis sufferers).
The sanitarium was built in 1913. A vaccine was developed in France eight years later but was not widely distributed in the United States until the mid-1950s.
Grant's Cottage is where the former president resided for his final days, dying in 1885 of throat cancer.

Lily's
There is a bar in the middle of Bolton Landing that is closed most of the year and opens up at 9PM at night during the "season."

The bar is called "Lily's," It is run by a beast of a man called Bart, who I am proud to call my friend. It is the closest Bolton Landing comes to what we would call an "industry bar."

Bolton Landing is not a big city, but it is a place where Big City types go to get wild. Because it is not a big city, though, Lily's is often out of supplies that would be easy to get in New York or Brooklyn. Jameson. Plastic cups. Bitters. Ice. PBR. 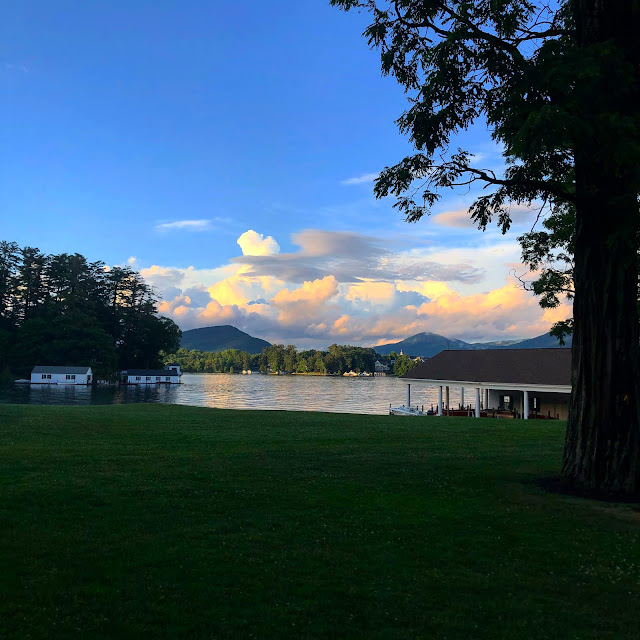 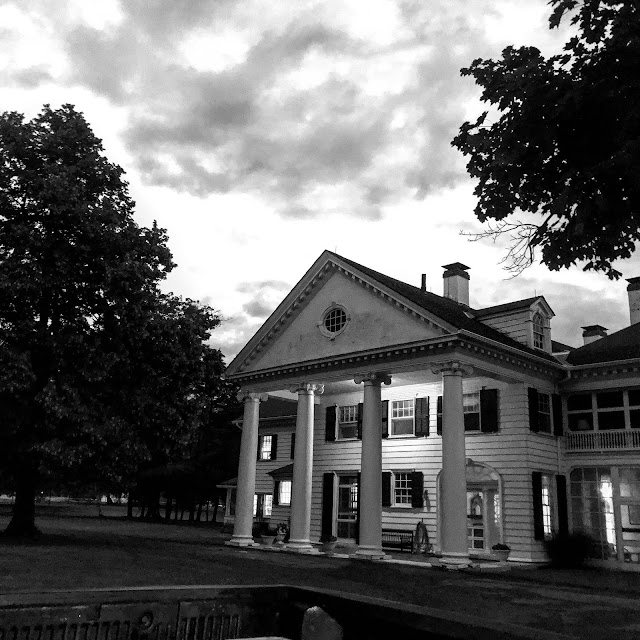 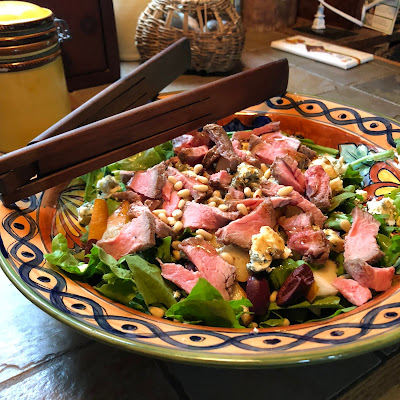 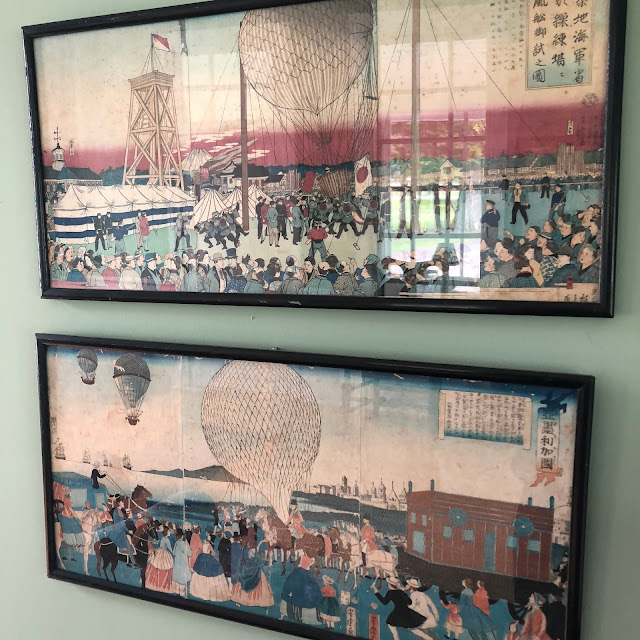 The Clan Bixby
As the story goes, William K. Bixby was a baggage handler and nights watchman for the International & Great Northern Pacific Railroad in Texas where he caught the interest of H. M. Hoxie that led to Bixby's eventual move to St. Louis, Mo. to rise in the ranks of the Union Pacific Company and later become a founder, president, and board member for the American Car & Foundry Company. He retired at age 48.
Must be nice.
One of William K.'s six children, Harold M., became a banking magnate and major contributor to Charles Lindbergh's trans-Atlantic flight. It was Bixby who suggested that Lindbergh name his aircraft "The Spirit of St. Louis."
As the story also goes Bixby suggested the name "Spirit of St. Louis" in honor of the patron saint of Paris, Louis IX (Saint Louis).
What is not often mentioned is that "Saint Louis" is the name of the 1896 Elco Electric that docks in a boathouse owned by the Bixby family at their summer estate at Mohican Point.
At seven figures, it is the priciest ride I've been on that didn't involve metal detectors and safety placards.
Harold M. Bixby's business interests necessitated frequent visits to China, where he was fluent in the language, and the artwork pictured above was gifted to him by associates in China.
Bixby's money and influence dominate the western shores of Lake George, as does the progeny of the clan.
"Six generations of freeloaders," as my father has quipped in describing the hordes of misbehaving trust-fund kids that descend upon Bolton Landing in the summer. I have learned to downplay the fact that I am a third cousin to the horde.
I think about the contrast between my Uncle, Aunt, and my cousins Sam and Ruben who choose to remain in Bolton Landing year-round, and the ascot and open toe sandal-wearing preppies who terrorize the townies from the Fourth of July to Labor Day. Jane and Stretch built their home from the burnt-out foundation of an ancestor's cabin in the woods, the only part of the original structure left was a brick chimney. The Caldwell boys both build for a living, originally with their bare hands alongside their father.
The fact of the decision to pursue a less comfortable life in spite of the generational wealth strikes me as behavior worth modeling: instead of jet-setting, both my aunt and uncle are public school teachers. My aunt is the researcher and historian, a collector of stories. My uncle is the builder of things, with scars and a half missing digit to show for it.
I think about this as I travel south on the Ethan Allen, a train route connecting Montreal to Grand Central Station.
Email Post
Labels: alabama amtrak bixby's best maple syrup lake george upstate new york